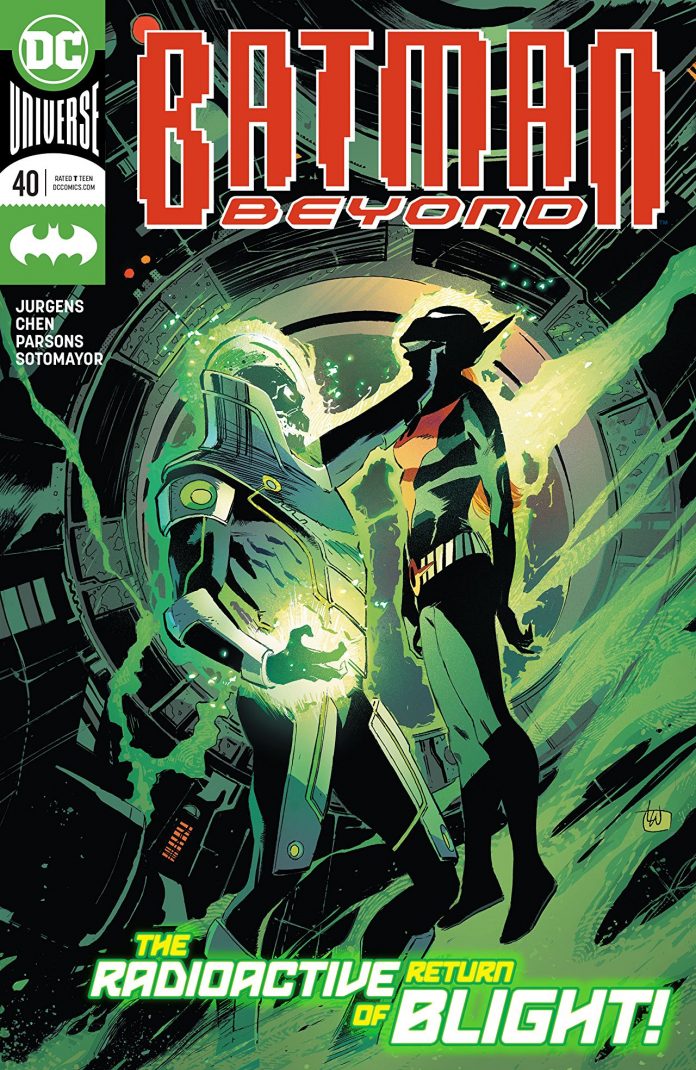 I’ve said it before, I really want to like this book. The main problem is that Dan Jurgens’s writing is so inconsistent that it holds the title back. He wrote such a good story during the “False Face” arc, but with this arc, I don’t want to say that he’s “phoning it in,” it just feels like something is off. Sure, he has moments, but this arc has been so full of exposition and pointless meandering that it’s difficult to stay interested in it. Add in the huge MacGuffin in this issue in the form of “The Devourer” and the fact that a less than mysterious character literally walks up to it and “Fonzie’s” it to disable the machine (for our younger readers, Fonzie was a character from the mid 70s to mid 80s sitcom HAPPY DAYS who had the almost mystical ability to manipulate technology like jukeboxes and vending machines by pounding his fist on said machine) and the whole first half of the issue just feels kind of pointless.

The big reveal of the mystery Batwoman is fine, but it’s nothing that’s going to make your jaw drop. It almost feels like there was no plan at the beginning and it was just like “we’ll throw this character in the suit and call it a day.” Blight’s plan with the still amnesiac Terry is a standard trope, but the hope is that Jurgens can add something to it in the next issue to make it compelling.

Far and away, the best part of this issue is the art. Sean Chen and Sean Parsons do a fantastic job with penciling and inking respectively. Add in colors by Chris Sotomayor and you’ve got an absolutely beautiful book to look at. I can’t sing this art team’s praises enough, they’re doing a really terrific job.

As I said before, I want to like this title as a whole, but Dan Jurgens writing seems to be either great or boring, there’s not much in-between. Unfortunately, this particular issue falls into the latter category but gets some props for the spectacular art. – Matt Whaley

New Edition of THE BOY WHO LOVED BATMAN Coming Soon

Pattinson Knows Where He Wants to Go in the Future