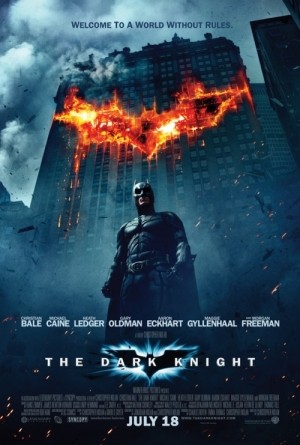 Christopher Nolan’s THE DARK KNIGHT TRILOGY is known as a “realistic” — or “hyper-realism” — as Nolan defined it — take on the world of Batman.

In the Nolanverse, superpowered beings, aliens, and magic didn’t exist; Ra’s Al Ghul was truly immortal; Bane didn’t become 7 foot tall when injected with Venom; The Joker wasn’t “permawhite;” and, Bruce Wayne himself — no matter how smart and physically skilled —  was really “just a man” whose body would not allow him to be Batman forever (pun intended).

On the other hand, I don’t think anyone would say that microwave emitters, cell phone sonar machines, and having an underground prison in Asia be wired for cable television is either grounded or realistic.

When Matt Reeves succeeded Chris Nolan as the custodian of solo Batman on film, a lot of fans figured/assumed/guessed/hoped that Reeves would take Batman into a more fantastical direction — a world with a frozen Mr. Freeze, a poison Poison Ivy, a muddy Clayface, a monster Man-Bat, and a permawhite Joker.  Maybe in the Reevesverse, superpowered beings, aliens, and magic would exist.  And hell, Batman may even blast off into space!

But in the wise words of Lee Corso…

It’s my belief that Reeves’ THE BATMAN will NOT be as grounded as the TRILOGY…it’ll be MORE grounded than the TRILOGY!

For one thing, here are the adjectives that have been used to describe THE BATMAN: gritty, street-level, low-tech, and, well, grounded.

The new Batsuit is certainly more — um, unrefined — than previous incarnations in past Bat-movies.  It comes across (on purpose) as something Bruce Wayne put together himself and not a getup he was provided from Lucius Fox and Wayne Enterprises’ Applied Science Department.  Furthermore, the Batcycle is essentially a regular motorbike with a bat-shaped shield attached to the front.  You know, like Bruce made it himself.  And I bet the same thing goes for the new Batmobile (which is allegedly based on a muscle car).

Then there’re the villains of THE BATMAN: The Penguin, The Riddler, Catwoman (is she really a villain?), and Carmine Falcone.  Do any of them have superpowers?  Any of them dabble with magic?  Any of them aliens?  Nope, they are all human and superpowerless…just like Batman.

THE BATMAN will also have a modern/contemporary setting and not be timeless ala Tim Burton’s BATMAN ’89.  That lends to a more realistic vibe than one that is fantastical.

Finally, there’s the story/plot that will unfold in THE BATMAN. Here’s how director Matt Reeves described it…

[THE BATMAN is] very much a point of view-driven, noir Batman tale. It’s told very squarely on his shoulders, and I hope it’s going to be a story that will be thrilling but also emotional. It’s more Batman in his detective mode than we’ve seen in the films. The comics have a history of that. He’s supposed to be the world’s greatest detective, and that’s not necessarily been a part of what the movies have been. I’d love this to be one where when we go on that journey of tracking down the criminals and trying to solve a crime, it’s going to allow his character to have an arc so that he can go through a transformation.

That sounds like a pretty grounded movie to me.

Keep in mind that at its core, THE BATMAN is going to be a detective story in the vein of CHINATOWN, SE7EN, ZODIAC, etc. as opposed to comic book superhero extravaganza.

Certainly, THE BATMAN could be a bit more stylized, aesthetically speaking, than Nolan’s TRILOGY (most likely in terms of how Gotham City will look).  And perhaps Reeves will include and adapt Batman villains like Mr. Freeze and Poison Ivy in sequels (though there’s a “realistic” way to do just about every member of Batman’s rogues’ gallery).

Regardless, I do think Reeves is making a Bat-flick that’s a bit more down to Earth, gritty, street-level, low-tech, and, yes, grounded than we’ve seen previously in any Batman movie…even THE DARK KNIGHT TRILOGY.

If I’m wrong, everyone reading this gets a year subscription to BOF free on me. – Bill “Jett” Ramey