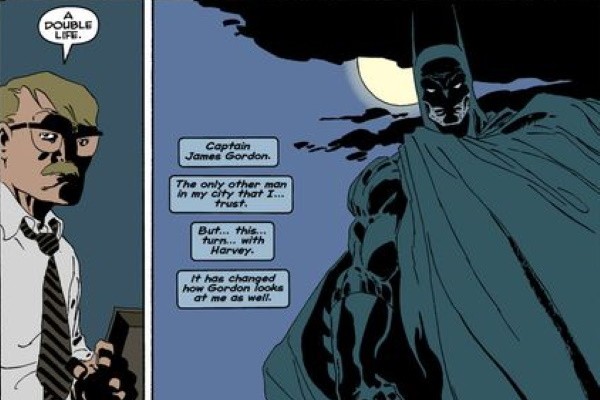 For a while, there have been whispers that one of THE BATMAN‘s comic book inspirations is THE LONG HALLOWEEN.  Not an adaptation, but pulling a few things from the classic Batman story just as Christopher Nolan did for THE DARK KNIGHT.

If so, Jeffery Wright — who is playing “GCPD’s James Gordon” in THE BATMAN seems to be doing his homework…

Another for the culture. 🦇

THE LONG HALLOWEEN is a Batman classic and there’s nothing wrong at all with taking a bit of inspiration from it.  If I had to guess, it’ll be the solving a crime/detective aspect of the TLH that Matt Reeves will incorporate into THE BATMAN.