Fear; an unpleasant emotion caused by the belief that someone or something is dangerous, likely to cause pain or a threat.

An evil organization uses fear as the ultimate weapon to send Gotham City into chaos and ultimately dismantle itself.

Sounds like a major plot point in Christopher Nolan’s 2005 hit BATMAN BEGINS, no? 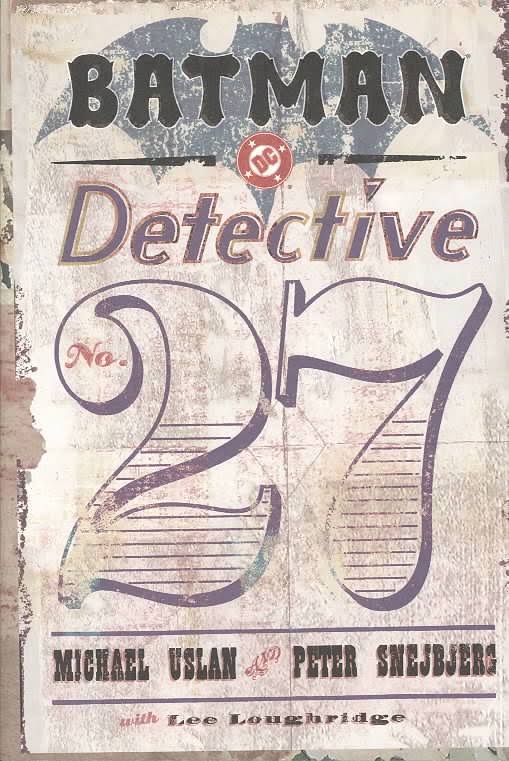 But I was actually talking about Michael Uslan’s 2003 graphic novel BATMAN: DETECTIVE No. 27. Both stories share similarities, most noticeably in how fear is a driving factor for the villains. They develop an airborne toxin to release in one populated section of Gotham and watch it spread, ultimately resulting in the citizens tearing themselves apart.
That’s a simple connection, and I’d like to break down each story a little bit more on how fear plays a role in each.

In BATMAN: DETECTIVE No. 27, fear is one-sided. The evil organization Knights of the Golden Circle play the long con, planting the doomsday seeds for the ultimate sinful sprout 75 years down the road. Their main weapon? A plant that can be utilized to instill fear upon its recipients. Horrified, the victims give up any and all personal choice. They become marionettes, the Knights the puppeteers, and fear is the strings.

In BATMAN BEGINS, Ra’s al Ghul (pronounce however you choose) and the League of Shadows corrupt a flower to become the main agent in a fear toxin that, when dispersed, will shake the core of its inhalants to hallucinate horrible images, which will result in panic.

Again, victims are marionettes, Ra’s al Ghul is the puppeteer, and fear is the strings.
Two organizations looking to take down Gotham City with one weapon: fear. This is the main component of a villain. They want to scare their way into getting what they want. It’s manipulation and obsession, both fascinating psychological topics. Which perhaps shines the light on an obvious character (outside of Bruce Wayne) used in both stories: Jonathan Crane. The self-proclaimed “Master of Fear” was once a psychologist who experimented with agents and formulas to exploit fears and phobias. In B:D27 and BEGINS, the character stays true to form: attack with a (weaponized) hallucinogen to get what he wants. He is also a pawn to a greater plan and scheme, unbeknownst to him.

RELATED: The Best of Batman Elseworlds: DETECTIVE NO. 27 by Michael Uslan

In both stories, a natural instinct when confronted with fear is to run away. Turn your back on it. Refuse to face it. Fortunately, we have a hero who shows us how to confront it and defeat it: Bruce Wayne. As a man, and a symbol, he becomes a victim of the corrupt villain. He sees what haunts his subconscious, and it terrifies him. But rather than become one of those marionettes, he grabs a pair of scissors and cuts the strings. He uses his best weapon (his mind), and stares his hallucination in the face, intimidating it to back down. It’s a giant hurdle that he only has to clear once, taking away its power. He has removed the villain’s main weapon. Now, what good is a puppeteer without a puppet? 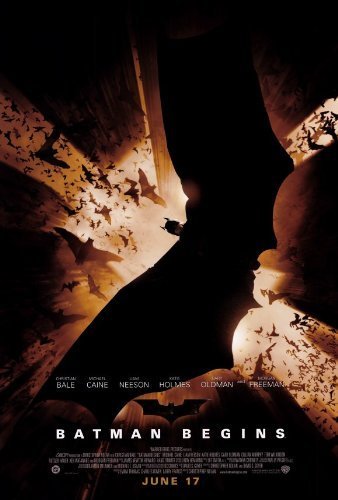 Bruce Wayne also uses fear as a tactic of his own, justifying his source of power for the good of Gotham city. In B:D27, he straight-up threatens with violence. In BEGINS, he uses superstition, shadows, and a gravelly voice to intimidate his victims. His goal is more self-righteous, but follows a similar pattern: criminals are marionettes, Batman is the puppeteer, and fear is the strings.

Is the pattern supported as long as the subjects are switched?

Fear will always be there to drive someone to get something. That doesn’t mean it’s unacceptable if the one seeking something is a good guy. Criminals are a superstitious and cowardly lot; therefore they are the most susceptible to fear and being scared. In both of these stories (I’d argue more so for BEGINS), the use of fear and scaring criminals benefits the greater good and is a justifiable weapon in Batman’s arsenal.

Batman is synonymous with fear, whether he’s the victim or the culprit. Countless stories have used the theme in both positive and negative ways, and these two stories are among the best of the best.

Now, let’s get Michael Uslan back on another Batman comic book. – Ryan Lower