The Library of Congress has added the director Christopher Nolan’s THE DARK KNIGHT to  The National Film Registry.  Films added are considered to among the most influential American/U.S. motion pictures.

“This is not only a great honor for all of us who worked on THE DARK KNIGHT,” said Nolan of the film’s addition, “This is also a tribute to all of the amazing artists and writers who have worked on the great mythology of Batman over the decades.” 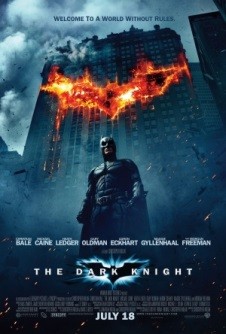 “This is historic and an important part of our Batman movie legacy, thanks to the genius of Chris Nolan,” said Michael Uslan — the executive producer of all Batman movies — via BOF’s Facebook Fan Group.  “My hope is that eventually, The Library of Congress will add the equally important BATMAN from 1989 and last year’s JOKER.”

THE DARK KNIGHT was released in 2008 and starred Christian Bale as Batman and the late Heath Ledger as The Joker.  The cast also included Gary Oldman as Jim Gordon, Maggie Gyllenhaal as Rachel Dawes, Aaron Eckhart as Harvey Dent, Michael Caine as Alfred Pennyworth, and Morgan Freeman as Lucius Fox.

TDK is arguably the most critically acclaimed film based on a comic book/superhero character and the late Heath Ledger earned an Academy Award for “Best Supporting Actor” for his performance as The Joker.  The film was a huge box office success making over $1.3 billion worldwide.  It is the middle chapter of Nolan’s THE DARK KNIGHT TRILOGY which also includes BATMAN BEGINS (2005) and THE DARK KNIGHT RISES (2012). – Bill “Jett” Ramey