SYNOPSIS: Batman battles Ghost-Maker in the no-holds-barred, bloody conclusion of this epic tale…winner take Gotham City! And the outcome is not what you’re expecting! The future of Gotham City and the fate of Clownhunter hang in the balance! 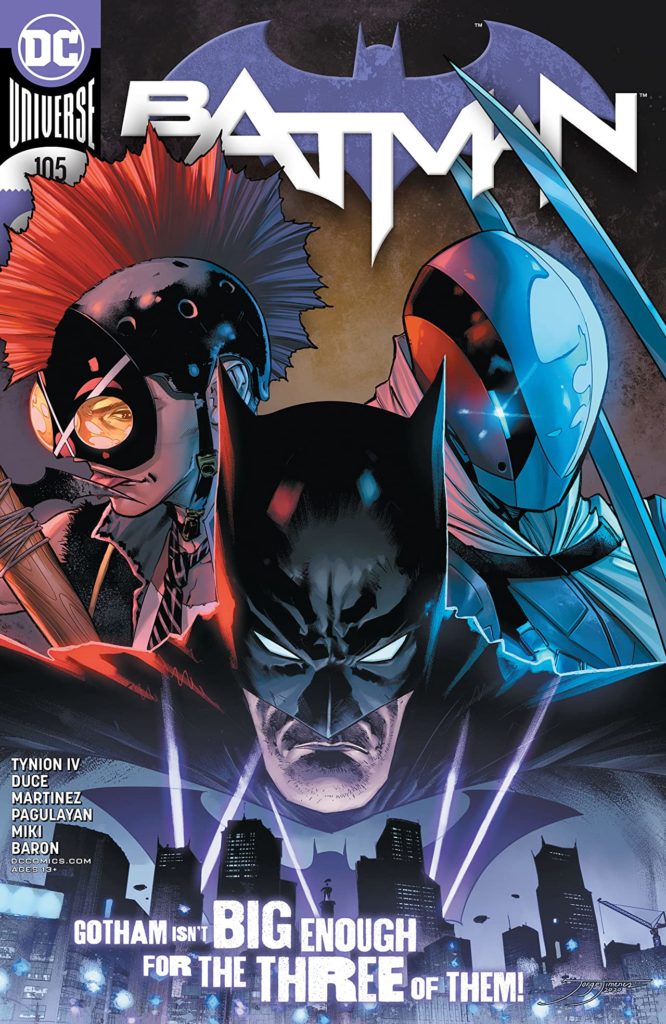 I’ve been reading the BATMAN title consistently since 2006. Never missed an issue. Got in right when Grant Morrison began his run. Saw the transition to Tony Daniels taking on the writing duties. Was there from the beginning of Scott Snyder. Got introduced to Tom King. Not to mention the many back issues I continue tracking down and reading for the first time. So while I’m not an expert, I do have a good idea of the expectations for this title.

What we’re getting lately isn’t cutting it.

“Ghost Stories” comes to a conclusion (I guess) in this week’s issue, from writer James Tynion IV. I say “I guess” because, in typical fashion, the author doesn’t really provide a conclusion, but rather teases us about what’s to come. This arc has been frustrating because there have been good ideas, truly. However, the execution is just lacking and I can’t care about what happens in these issues. Clownhunter has been so forced on us and acts like we should care his adventures are continuing in a future “Annual” issue (yippee!). And Ghost-Maker? I won’t spoil it but I’ll just say I don’t know ANYONE who’s looking forward to what’s happening with him.

And that’s what hurts the most. Tynion has me simply not caring what’s happening in BATMAN. It’s a total bummer. For someone who has been consistently reading for 14 years now, in what’s his favorite comic title, this just sucks. It’s not that the guy isn’t talented. Go read his BATMAN/TMNT crossovers. They are AWESOME. Most people love his DETECTIVE run. Here, it just seems like he’s focused on teasing future stories and bringing in more characters. I’m not saying he doesn’t care about Batman, but it doesn’t seem like that’s his priority. Instead, it’s the family, new villains, and how they’ll work together down the line. That’s not what the BATMAN title is supposed to be about.

The art in this issue is a little better than the previous. Carlo Pagulayan & Danny Miki, and Alvaro Martinez & Christian Duce (yes, four artists) do a good job of combining their efforts for a consistent look. In the last issue, it was very jarring in how different the art was shifting whereas here it blended pretty well.

Overall, I’m glad “Future State” is coming for two months. I think editors at DC need that time to really fix this title. These last four issues have been inconsistent, and mostly bad. All the more frustrating is that the ideas COULD have been good, but its execution was just poor.