SYNOPSIS: Harley and the GTO seize an opportunity to investigate the Starlet’s failed murder attempt. When the survivor offers a startling revelation about Agent Hector Quimby, the team acts quickly on the intel (and a handful of colorful clues) to interrogate an inconvenient new suspect. Harley’s fears are realized when she makes a chilling discovery that reminds her of The Joker’s worst obsessive behaviors-a development that casts light on new suspicions and conflicts of interest, and threatens to compromise the whole case. 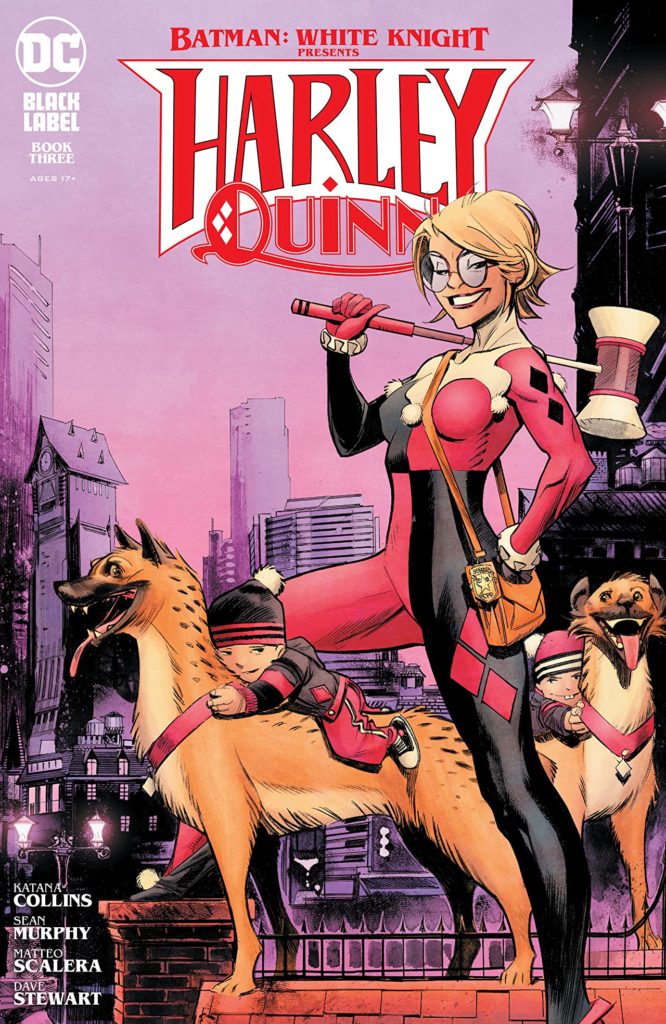 WHITE KNIGHT PRESENTS: HARLEY QUINN is an interesting story. I haven’t searched the internet, or asked others, what their thoughts have been so I’m not sure how it’s being received overall. To the average comic book reader, they may have jumped into this thinking it’d be a continuation of the action-packed, no-holds-barred series Sean Murphy so expertly crafted. Instead, we’re getting a slow-burn effect from his wife, Katana Collins.

That’s definitely not a diss. Collins has done a tremendous job thus far in her first comic series. This MINDHUNTER approach is different from what’s come before, yet seamlessly fits in. We’re getting more layers to this Harley Quinn, while also tagging along on a new mystery. Speaking of, I’m really invested in this attachment to the golden age of film. I like how the villain appears in black and white, and we keep getting references to the old Hollywood (that photo closely resembles that infamous Sofia Loren picture. Google it). Not to mention, a little Grey Ghost, which is always welcome.

Matteo Scalera continues to crush it on the art in this book. As I’ve exhaustedly said in my previous reviews, his work also seamlessly fits into what’s come before. But it’s also original. I LOVE the watercolor-ish effect each of his pages includes. It gives a faint glowing impression, while also feeling a little dark and unnerving. I am quickly becoming a fan of this artist.

Overall, the talent behind WHITE KNIGHT PRESENTS: HARLEY QUINN is adding an interesting chapter to the BATMAN: WHITE KNIGHT universe. This month, we’re getting more suspects and can start to point fingers.

My money is we don’t know what’s coming next. – Ryan Lower