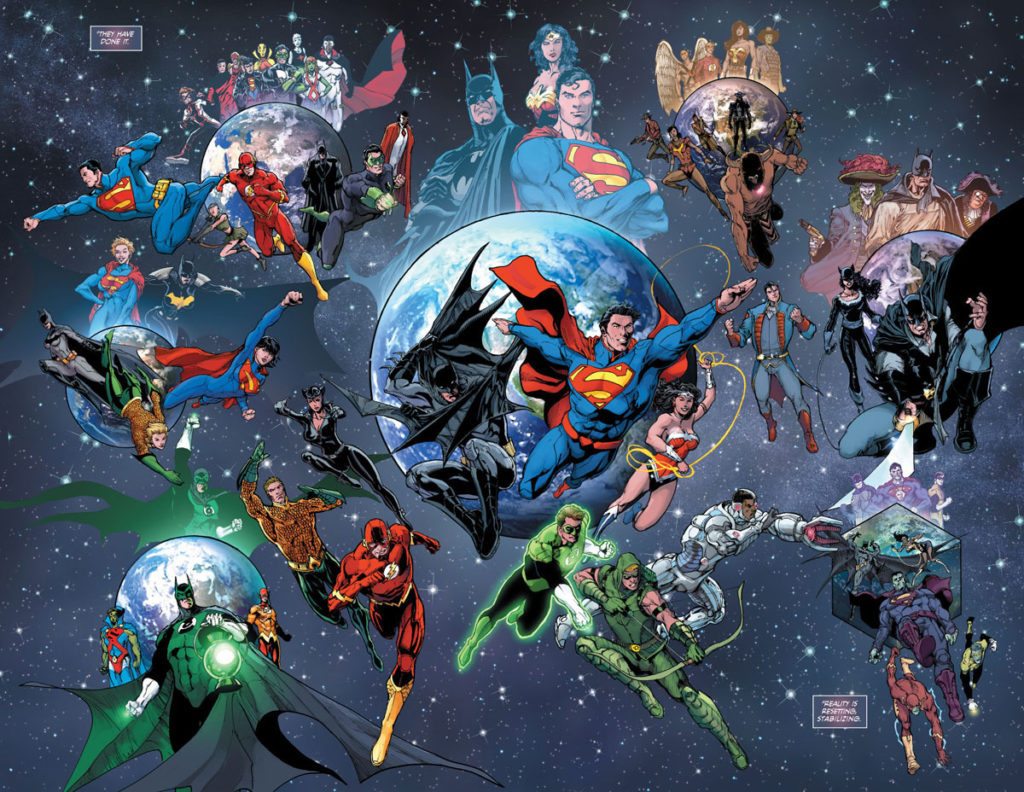 As fans of DC Comics, we all understand what “multiverse” means.

When I was growing up reading comics as a young kid in the 1970s, I vividly recall reading stories involving “Earth-One” and “Earth-Two” with the modern and Gold Age versions of DC characters basically co-existing.

Then came CRISIS ON INFINITE EARTHS in the mid-1980s (while I was in college) that “fixed” DC Comics continuity by creating one DC “Earth” and re-establishing one “true” version of each character.

But the streamlining that COIE didn’t last long.

Over the last 30-plus years, we’ve had zero hours, more crises (like, A LOT of ’em), and of course, the return of multiple DC Earths.

If you’ve been keeping score at home, you should already know what it means because they — Warner Bros. Pictures — have already told us, OK?  Remember a year or two ago when they announced that moving forward, it was all going to be about director-driven films without an emphasis on a shared cinematic universe.  Here’s what WB’s Toby Emmerich said…

We all feel like we’ve turned a corner now. We’re playing by the DC playbook, which is very different than the Marvel playbook. We are far less focused on a shared universe. We take it one movie at a time. Each movie is its own equation and its own creative entity. If you had to say one thing about us, it’s that it always has to be about the directors.

Thus, we Todd Phillips’ JOKER starring Joaquin Phoenix and will be getting Matt Reeves’ THE BATMAN (and its sequels and spinoffs) with Robert Pattinson.  Two director-driven films that exist in their own world with their own continuity.

We’ve also got BIRDS OF PREY and WONDER WOMAN 1984 of late and will be getting AQUAMAN 2, THE FLASH, THE SUICIDE SQUAD, BLACK ADAM, and SHAZAM! 2 in the relatively near future.  While they technically exist in the same world, all were and will be their own “creative entity.”  They’re not setting up other DC films nor are they overtly sharing continuity with interconnected storylines that will lead to some sort of big DC team-up movie ala the MCU.

A Batman movie that has nothing to do with THE BATMAN and riffs off of BATMAN BEYOND and THE DARK KNIGHT RETURNS starring Michael Keaton?  Do it!

The Joker showing up in one of Matt Reeves’ Batman movies that aren’t either Joaquin Phoenix or Jared Leto?  Go for it!

Hire a filmmaker (JJ Abrams?) to give Superman THE BATMAN treatment as Matt Reeves is doing for The Dark Knight?  Why not?

In short, it appears that they’re just making DC movies without any restraints, really.

If that indeed is the plan and what the DC on film multiverse means, looks like it’s going to be a winner. – Bill “Jett” Ramey