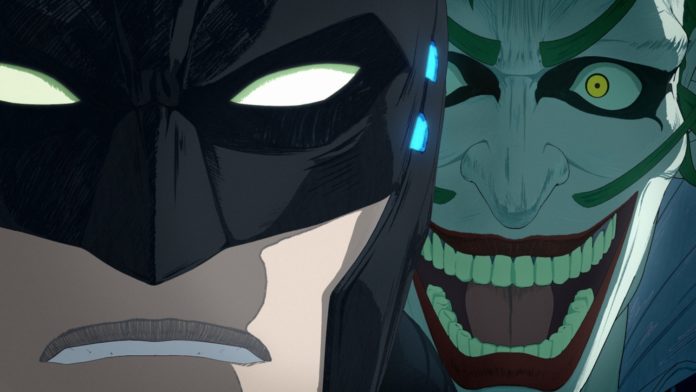 Via a press release from Warner Bros. Home Entertainment, the next animated Batman film — BATMAN NINJA — will be released on May 8, 2018. 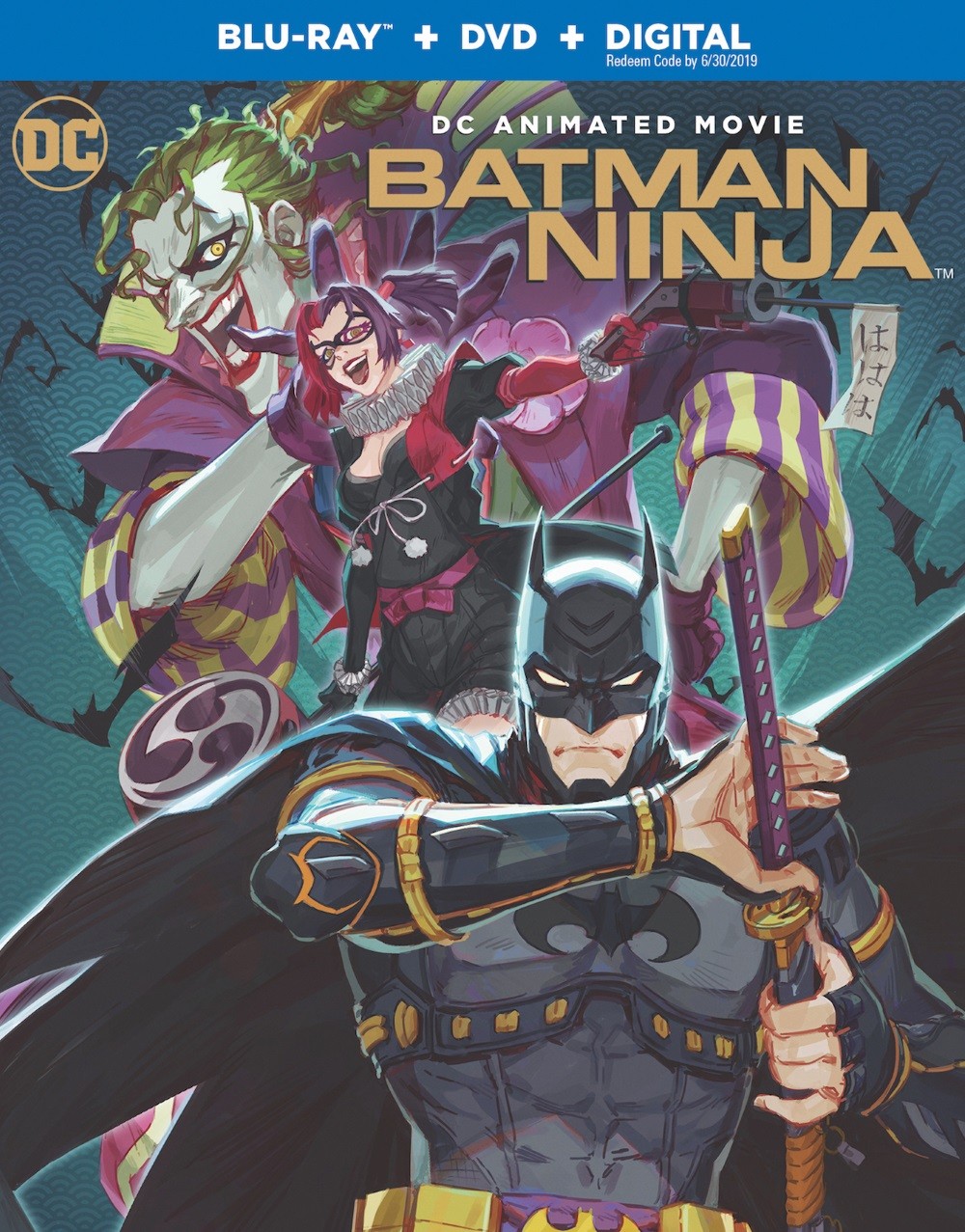 The film will be available in 4K UHD for Digital only in a release planned for Summer 2018.

Batman Ninja is rated PG-13 for sequences of violence and action, and for some suggestive material.

Batman Ninja takes a journey across the ages as Gorilla Grodd’s time displacement machine transports many of Batman’s worst enemies to feudal Japan – along with the Dark Knight and a few of his allies. The villains take over the forms of the feudal lords that rule the divided land, with the Joker taking the lead among the warring factions. As his traditional high-tech weaponry is exhausted almost immediately, Batman must rely on his intellect and his allies – including Catwoman and the extended Bat-family – to restore order to the land, and return to present-day Gotham City.

Roger Craig Smith (Batman: Arkham Origins) and Tony Hale (Veep, Arrested Development) lead an impressive cast as the voices of Batman and the Joker, respectively. Grey Griffin (Scooby-Doo franchise) and Tara Strong (Batman: The Killing Joke) supply the voices of the antagonist & protagonist’s closest allies – Catwoman and Harley Quinn, respectively – while Fred Tatasciore (Family Guy) provides the gruff-yet-sophisticated tones of Gorilla Grodd, a villain who must team with Batman to achieve his own personal agenda. Other voice actors include Bat-family members Yuri Lowenthal (Ben 10: Omniverse) as Robin, Adam Croasdell (Reign) as Nightwing and Alfred, and Will Friedle (Boy Meets World) as Red Robin, and the Rogue’s gallery also features Tom Kenny (SpongeBob SquarePants) as Penguin and Eric Bauza (The Adventures of Puss in Boots) as Two-Face. Doing double duty is Tatasciore as Deathstroke, Strong as Poison Ivy, and Friedle as Red Hood.

“Batman Ninja is an absolute feast for the senses, a stunning spectacle of anime wrapped around a thrill ride of a Batman story,” said Mary Ellen Thomas, Warner Bros. Home Entertainment Vice President, Family & Animation Marketing. “Our partners at Warner Bros. Japan have conjured an impressive addition to the Dark Knight’s canon of entertainment, taking Batman and his friends and foes in an altogether new direction. We can’t wait for fans to see this film.”