SYNOPSIS: The bestselling team of writer Tom Taylor and artist Andy Kubert continue their epic Batman adventure!  Batman’s European adventure continues as the mystery around the organization known as Equilibrium deepens! Just who are these enigmatic villains, and why are they out to erase the Dark Knight’s legacy? And how does Henri Ducard play into all this-can this face from Bruce Wayne’s past be the key to it all? 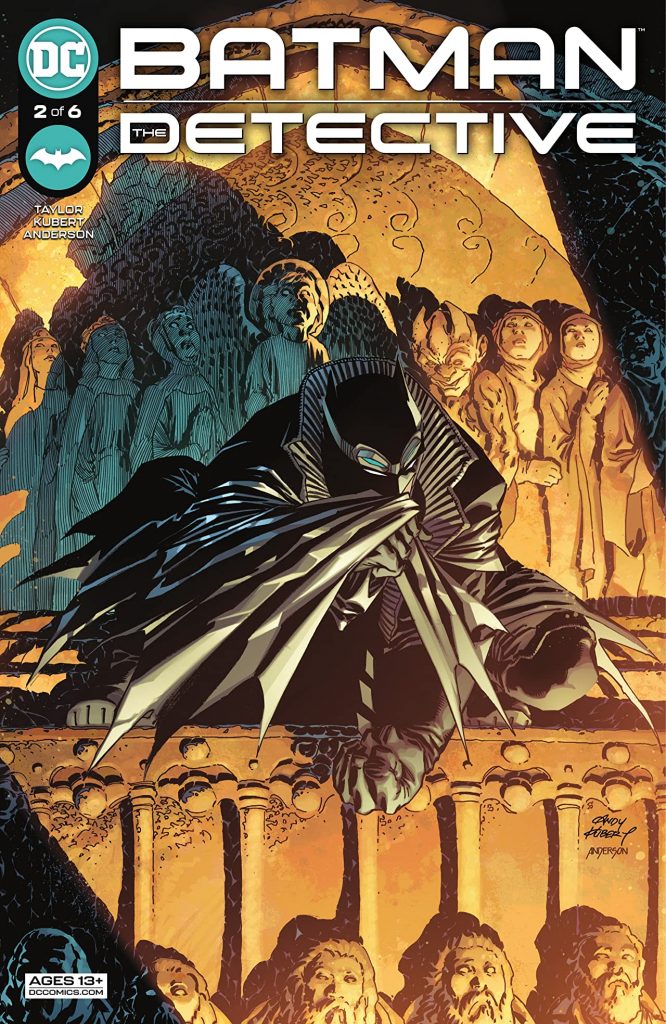 The Dark Knight continues his globe-spanning case in this week’s BATMAN: THE DETECTIVE #2. Loaded with an infinite amount of questions, he relies on his most effective tactic to get some answers: fear. His interrogation session leads him to a former hideout of these new terrorists, who are making their message among the most personal The Batman has ever faced.

Tom Taylor is doing an excellent job in just two issues of this story. He’s taken our hero away from his environment (which can cause panic to many Batfans) and thrown him into an original story that will have you guessing long after the final panel is revealed. He’s done a fine job keeping this story simple but also layered. I love how he has figured out this high-octane pacing and makes sure this book just keeps moving. I also appreciate the nods to DETECTIVE COMICS #599 and (maybe even) BATMAN BEGINS (you’ll understand that once you read the issue). The main point is the author has crafted one cool story that is unlike anything I’ve read with The Dark Knight in quite some time, and we’re only a third of the way through.

Artist extraordinaire Andy Kubert continues his greatness through all 22+ pages. I mentioned last month, and I’ll reiterate, that his design of Batman triggers Knightmare flashbacks but in a good way. He looks older and grizzled, yet still sleek and scary. Kubert’s Dark Knight knows his strengths and uses them to his full advantage in this book. He just might be a tad slow for the enemy he’s up against.

And that’s the really great part thus far in this story. We’ve only scratched the surface of our main threat, but their mission is interesting. Over the hundreds of lives Batman has saved over the years, how does he know who’s next?

As we see on the final page, anyone can be caught in the crossfire. – Ryan Lower

Guest Op-Ed – “An Open Letter to Batfleck Fans” by Eric...