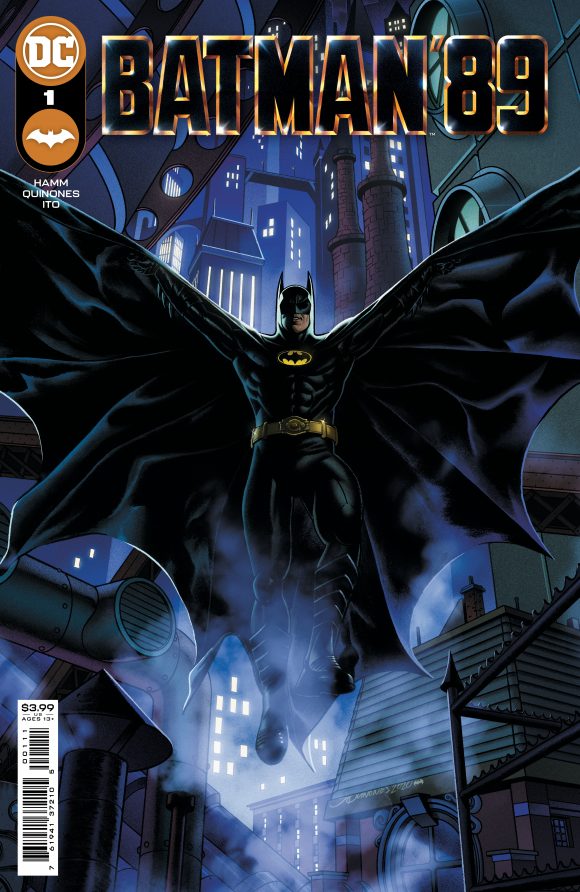 As we already know, the Batman universe established in 1989 by director Tim Burton’s BATMAN (starring Michael Keaton) will be revisited in the form of the DC Comics miniseries, BATMAN ’89.

Now, DC has released the synopsis for issue #1 along with a look at the variant cover by Jerry Ordway…

Step back into the Gotham of Tim Burton’s seminal classic Batman movies! Batman ’89 brings in screenwriter Sam Hamm (Batman, Batman Returns) and artist Joe Quinones (Dial H for Hero) to pull on a number of threads left dangling by the prolific director. Gotham becomes torn in two as citizens dressed as Batman and The Joker duke it out in the streets. As D.A. Harvey Dent tries to keep the city together, he targets the one problem tearing it apart: BATMAN! And he’ll get Bruce Wayne’s help in taking down The Dark Knight! 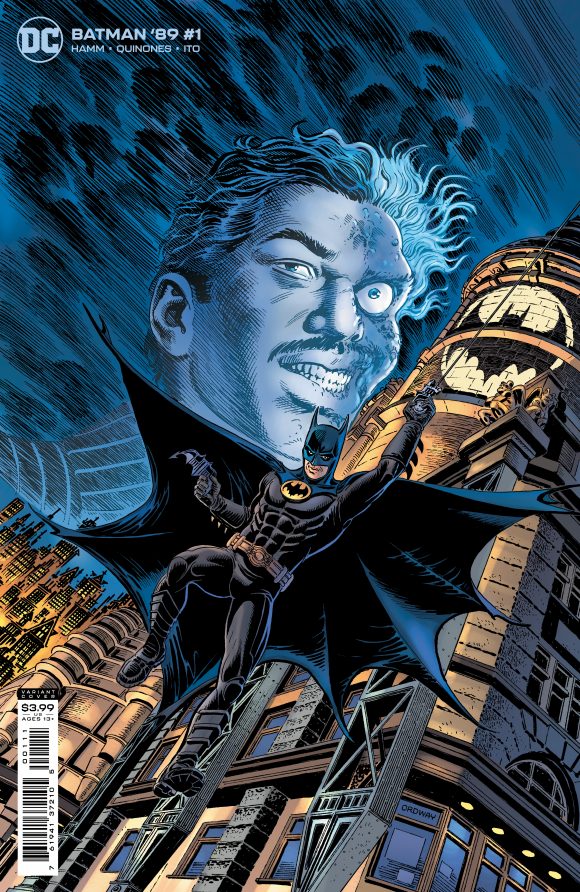 Jerry Ordway, of course, did the artwork on the comic book adaption of the 1989 BATMAN movie.  Here’s the cover… 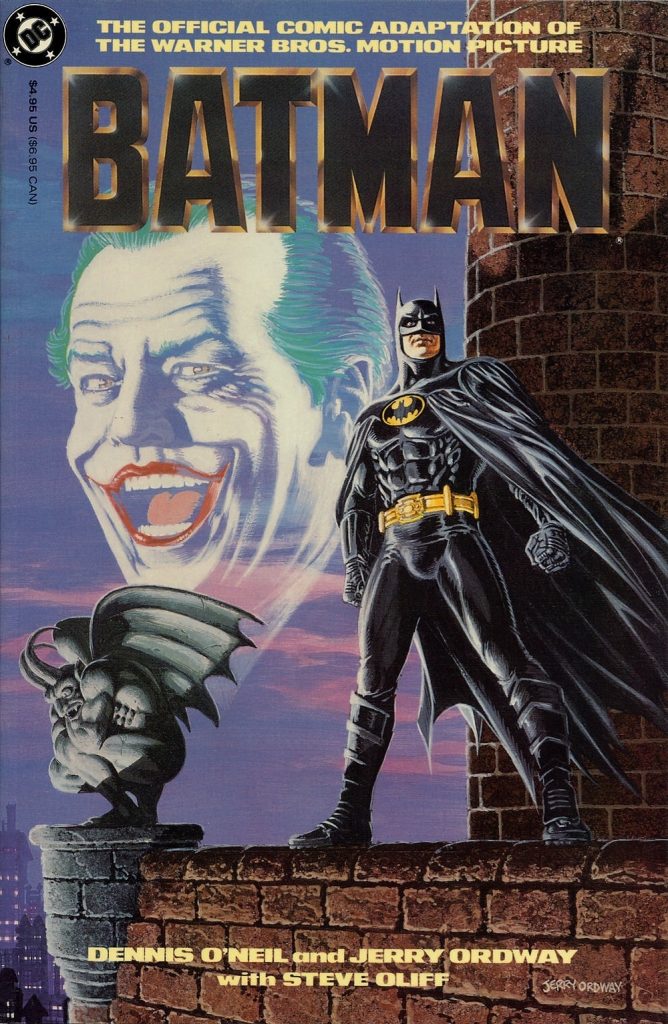 BATMAN ’89 will debut with six digital chapters of each new series on July 27, followed by new chapters for the six weeks that immediately follow. The twelve chapters of BATMAN ’89 will also publish as six printed comics between August and October and as hardcover collections in October. – Bill “Jett” Ramey