FEBRUARY/MARCH: Though DC’s two most successful comic book superheroes have starred in the same comic – individually – for a while (that would be WORLD’S FINEST COMICS), they’ve yet to meet. While that doesn’t change in BATMAN #45, Batman does indeed mention Superman for the first time in this issue. “What can Superman do,” The Batman says, “that I can’t do…with balsa wood!” 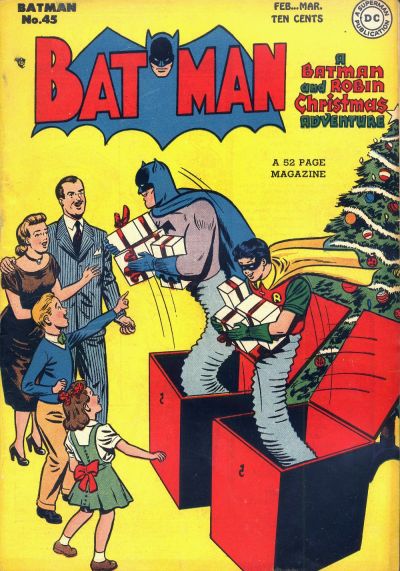 JUNE/JULY: Batman’s origin is retold – but in more detail – in BATMAN #47 when Bruce Wayne (who is actually The Batman!) tracks down Joe Chill, the man responsible for his parent’s murders. 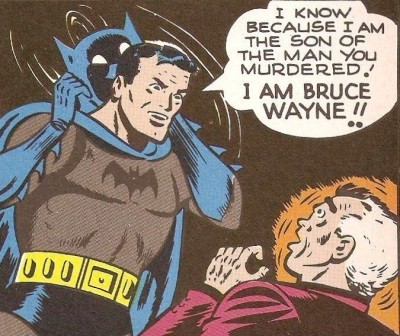 This story would serve as the basis for the “Chill of the Night!” episode of BATMAN: THE BRAVE AND THE BOLD animated series. 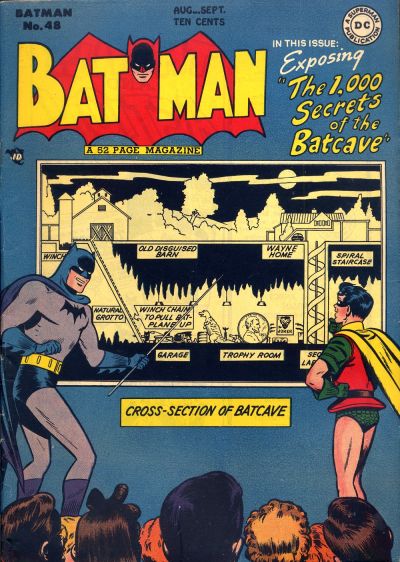 OCTOBER: The Riddler makes his debut in DETECTIVE COMICS #140. Writer Bill Finger and artist Dick Sprang were responsible for the creation of this iconic Batman villain. 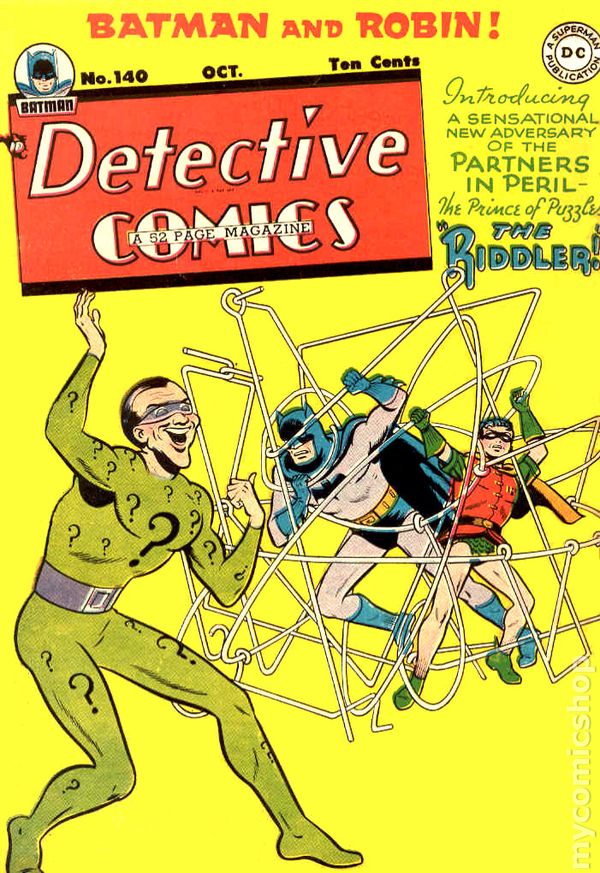 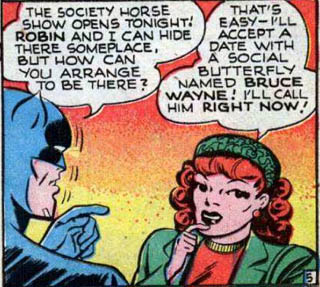 The character has got the live-action treatment twice (to date): The 1949 serial BATMAN AND ROBIN (played by Jane Adams), and 1989’s BATMAN (played by Kim Basinger). Of course, it should be noted that Brooke Burns in the Batman OnStar commercial titled, “Very Late (AKA “Hot Date”) which would count as being “live-action.”

Also in BATMAN #49, a Batman B-list villain – The Mad Hatter – joined the club of Batman of rouges. In his original incarnation, Mad Hatter was depicted as a thief with an obsession with hat trick-based crimes. 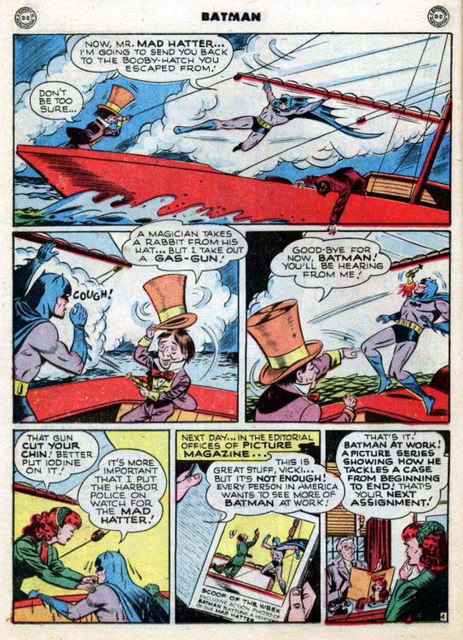 Review – BATMAN: PRELUDE TO THE WEDDING: BATGIRL VS. THE RIDDLER