SYNOPSIS: Mayor Nakano announces a crackdown on masked vigilantes just as the Magistrate moves against the Unsanity Collective. Batman attempts to avert a bloodbath, while the Scarecrow makes his final move…”Fear State” is about to begin! Backup: Ghost-Maker faces his most gruesome adversary yet…the horrific Razorline! 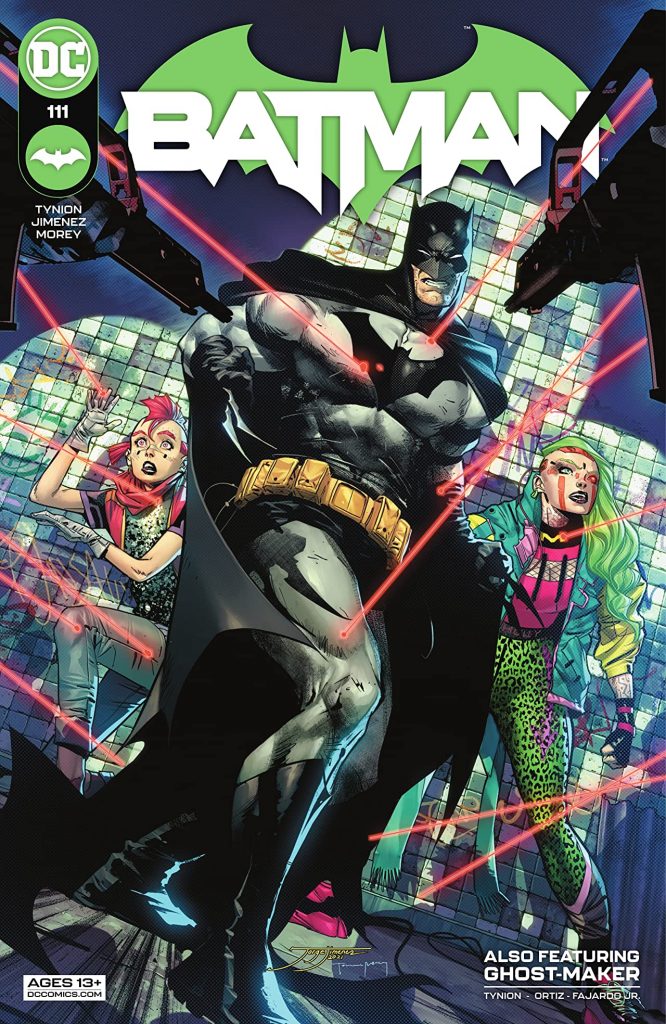 BATMAN #111 finally gets the book to a place that’s been teased for months. It just happens at the end of the issue.

My reviews for this title have seemed repetitive over the last few months; I don’t care about many new characters, the art is fantastic, I’m sick of teasing what’s to come. All of that applies here too, but I’m finally hopeful for next month.

Writer James Tynion IV kicks us off with (another) Scarecrow opening, then spends too much time on (another) character he created before we finally get our glimpse of The Dark Knight nearly halfway into the story. However, he’s not alone as he’s now operating as part of a trio with Ghost-Maker (blech) and Harley Quinn. A battle and escape ensue, leading Batman to Arkham Asylum to face the Man of Fear….next month.

The story moves along well enough, it’s just a story I don’t care about. The author has been teasing us with an interesting confrontation for months but has moved at a snail’s pace to get us there. However, “Fear State” seems to be the Oz in this long, boring yellow brick road so I really hope it delivers.

Jorge Jimenez takes advantage of being the artist of the BATMAN title and continues to be a powerful force. His action is great, and the settings are just as good. He gives this book some great flavor to look at. I just wish he had a better story to draw to.

As I’ve said many times before, I’m not a hater of Tynion. His current series JOKER is fantastic, his BATMAN/TMNT crossovers were fantastic, and the man knows how to write good horror. I just don’t think he’s right for the BATMAN title because it just doesn’t feel like he wants to spend too much time on Batman. Instead, it’s new characters after new characters, and Batman is an afterthought.

But this issue ends with intrigue, so I’ll remain cautiously optimistic on what’s to come. At least I can always count on the art of Jimenez. – Ryan Lower