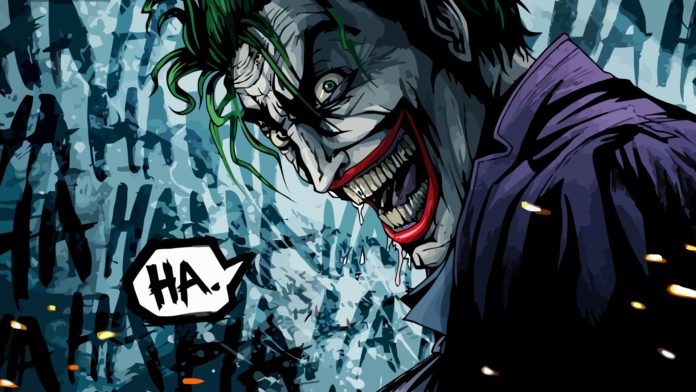 Via Jeff Sneider of THE TRACKING BOARD, WB’s non-canon “Joker origin film” is scheduled to begin production in May.  Here’s his tweet…

Also from early January. I could literally post this shit all day but I CHOOSE NOT TO. Because I care less and less with each passing day. pic.twitter.com/3TqUU1h1Tq

The details on this “Joker origin film” are few and far between.  And all we “know” is that it’s  apparently going to be “gritty” and set in the 1980s Gotham City.  It is also separate from the the DC film universe — meaning it’s not in the “same continuity/world” as, for example, WONDER WOMAN.

Martin Scorsese will produce with Todd Phillips directing and who co-wrote the screenplay with Scott Silver.

What do you all think about a “Joker origin film?”  Should The Joker even have an origin, or is he better portrayed as “he just is?”  Post your thoughts in the comments section below! – Bill “Jett” Ramey