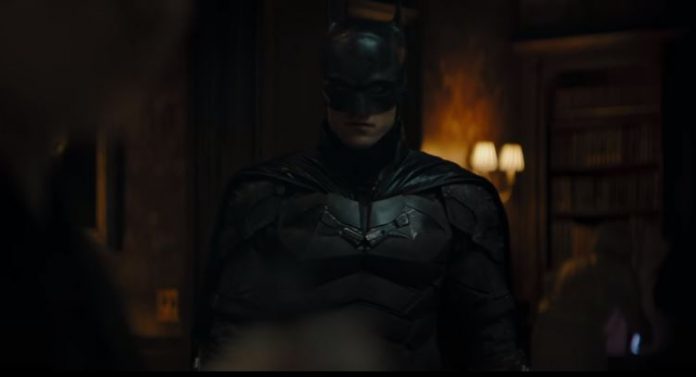 THE WRAP was in attendance during Warner Bros. Pictures’ CinemaCon 2021 presentation in Las Vegas and of course, THE BATMAN was featured as one — if not the — biggest WB releases next year.  Here’s what the trade had to say about THE BATMAN…

The sizzle reel for THE BATMAN — followed by the teaser trailer that debuted at DC FanDome 2020 — opened with what looks like chaos in the streets as Robert Pattinson’s Bruce Wayne walks through Gotham. Then, he “rises” and we hear Reeves promise the most “emotional Batman movie” we’ve never seen before. He also said it’s going to be “radically different” from any other Batman movie to date.

Pattison talked about how so many people have connected to Batman about how this film is a passion project for Reeves. Reeves also said the film is “grounded the way YEAR ONE is” — referring to BATMAN: YEAR ONE, the 1987 4-part comic book story (and subsequent graphic novel) written by Frank Miller.  YEAR ONE is one of the film’s source material inspirations along with BATMAN: THE LONG HALLOWEEN and BATMAN: EGO.

(Check out my article about Batman’s comic book influences, as well as Episode 29 of the BOF Social Hour where that same topic was the focus of our discussion.)

Pattinson also said that, “Batman has always stood as one of the major characters of the 20th century,” and that “all fights seem very personal” to the character in THE BATMAN.

I agree with Reeves that this Batman film is going to be very different from what we’ve seen previously in the Burton/Schumacher films and Christopher Nolan’s THE DARK KNIGHT TRILOGY.  In fact, it’s going to be even more grounded, gritty, and…wait for it…realistic than Nolan’s 3-part Batman masterpiece.  Get ready!

There are several other similar reports from other outlets who sat in on WB’s presentation yesterday, so feel free to see them out as well as read THE WRAP‘s full report. – Bill “Jett” Ramey

THE BATMAN Seems to be Moving Forward