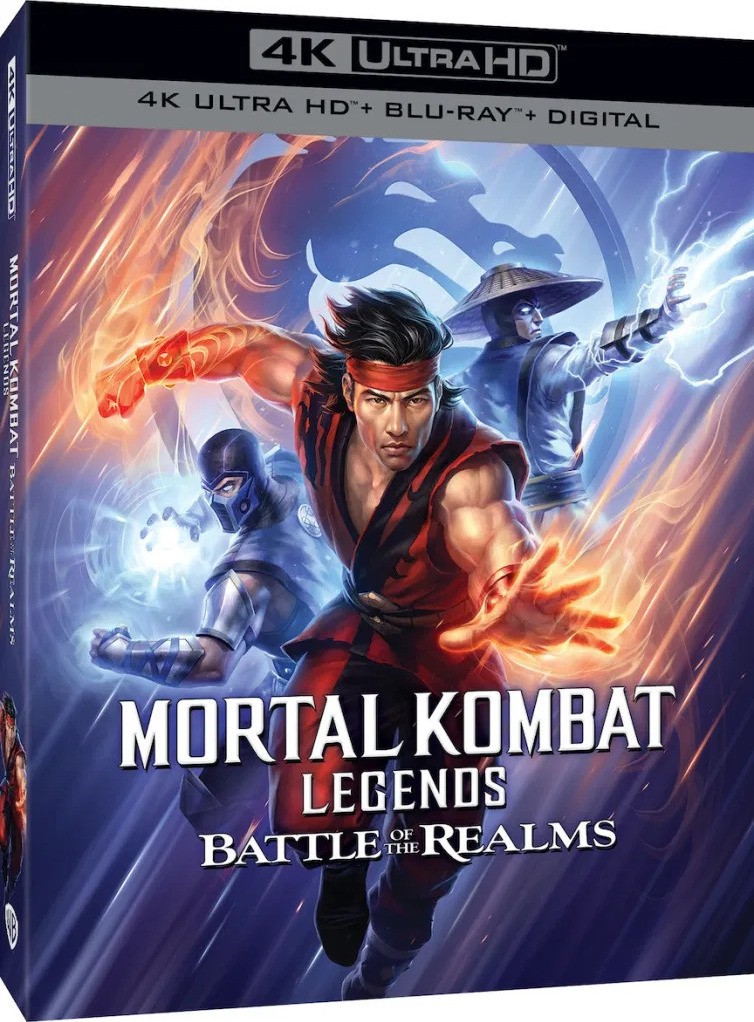 I’ve never been a die-hard fan, but a moderate one, of the MORTAL KOMBAT franchise.

Okay, there we go.

I played the games in the 90s, obviously ecstatic with the hardcore fighting and gratuitous violence. Over the years, I haven’t kept up with the evolving mythology of the series, in any form. Last year, they released an animated film that was surprisingly good, and insanely gory. So when WB announced a follow-up was coming, I was actually looking forward to it.

MORTAL KOMBAT LEGENDS: BATTLE OF THE REALMS continues to deliver what you’d expect, and tries making more sense of what’s happening. The strength is in giving us what we want, not in making sense of it.

In a nutshell, this movie follows key characters from the last (Liu Kang, Sonya Blade, Johnny Cage, Raiden), as their world (Earthrealm) is attempting to hold off an invasion from the evil Shao Kahn from the Outerworld. A visit to the Gods sets us up for a fight-to-the-death tournament.

The story was actually patient and surprisingly good for the first half-hour, leading us all the way to the tournament. It focused on characters and actually made sense. Then came the tournament, which was bloody good fun, and what we came to see. Unfortunately, the last act goes way out there, combining a lot of different elements and an end battle that overstayed its welcome.

I’ll commend the animators for these latest MK movies; they are incredible. The animation is astounding. I can’t believe how well the characters fight, and how downright gory the hits become. You feel every crunch, and get an x-ray view of the damage it does. Each fight is just as raw and gritty as the last and delivers on every level.

In the end, MKL: BOTR is about what you’d expect. There’s great action, amazing animation, and tons of violence. The story is fine, with some elements that really slow down the pacing.

If you’re a fan of the series, you’ll likely have a good time. – Ryan Lower