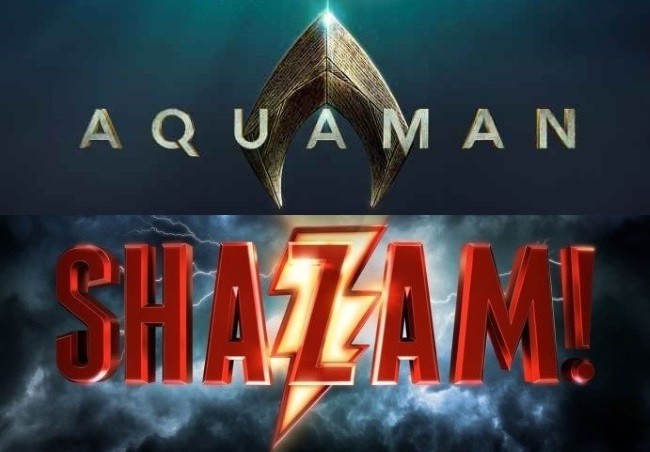 So, the big Warner Bros. Hall H presentation is over, and they did a hell of a job!

Not to float my own boat, but I did lobby for them — when it came to DC on film — to focus on 2 films only: AQUAMAN and SHAZAM!  Oh yeah, I was also going to be cool if they teased WONDER WOMAN 1984 just a bit, and they did. Nice.

So, no announcing any “upcoming” films and pandering to fans with stuff that will likely never come to pass.

Thought you were going to see Henry Cavill walk out on stage, introduce SHAZAM!, and then announce MAN OF STEEL 2?  Or perhaps see director Matt Reeves trot out and tell us who the next Batman on film was going to be and when he’s releasing THE BATMAN?

Now, on to my initial takes on the SHAZAM! and AQUAMAN trailers…

This first trailer was perfect in terms of what they’re going for in this film: BIG meets comic book superheroes.  And really, it’s not ripping off BIG because Captain Marvel has been around since 1940.

I’m not going to lie y’all: This trailer made my eyes get just a little misty.  It certainly tapped into my inner child — the 6, 7, 8 year old Bill — who loved wearing the superhero costumes that my Mom and Grandmother made for me.  Not only that, but the fantasy of becoming one of the comic book characters that I loved so much as a child, well, I’m sure I’m not the only one who experienced that as a kid.

The only issue I have with this production is the seemingly overt nod and potential connection to MAN OF STEEL and BATMAN v SUPERMAN.  Yes, one could acquire movie props like issues of TIME and a Batfleck-Batarang (set on a pedestal, mind you), so I’m personally hoping that how thing thing turns out.

It’s not bad at all.  In fact visually, it’s very impressive.  But I gotta admit, it didn’t blow me away (and I kinda wanted it to blow me away).  There was something, well, missing that I can’t put my finger on quite yet.  Regardless, I’m still excited for this movie until I’m not.  More coming in the next BOF Vlog and Podcast, so stay tuned.

Well, what did you all think about both trailers, as well as how Warner Bros. handled their SDCC ’18 Hall H presentation this year?  Post your thoughts in the comments section below! – Bill “Jett” Ramey