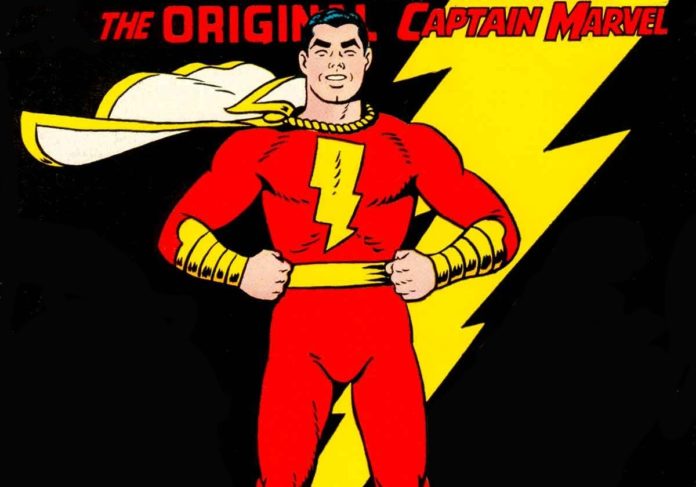 Back in the Summer of 2011 and just a couple of days before I headed to Pittsburgh, PA to visit the set of THE DARK KNIGHT RISES, Warner Bros. released the first image of Anne Hathaway as Catwoman riding the Batpod.  Why?  Because the next day, Chris Nolan directed a scene in broad daylight that feature — you guessed it — Catwoman on the Batpod.

While I would’ve released another publicity still of AH as SK in TDKR, I get why they chose that one.

Now, it looks like SHAZAM! has been lucky so far as Zachary Levi has filmed scenes in his Captain Marvel (He’ll always be the ‘ol Cap to me) suit and no one got a crappy pic of him on their phone.  Thus, it’s time Warner Bros. beats them to the punch — and all the click-bait sites regularly post illicit set pics — and release an awesome pic of Levi in the suit.

WB have already decided yes. Actually if someone had managed to snap a shot of the suit last week when we were shooting outside they would have released an official pic right away. Since we got away with it they want to do more of an official thing. And it’s right around the corner.

All I can say is release it before someone snaps a shoddy cell phone pic, posts it online, and “those fans” freak out and deem this film a “disaster.”

I know I’m very much excited to see Levi in the suit.  I just hope it’s as cool as the ones that Tom Tyler, Jackson Bostwick, and John Davey got to wear. – Bill “Jett” Ramey