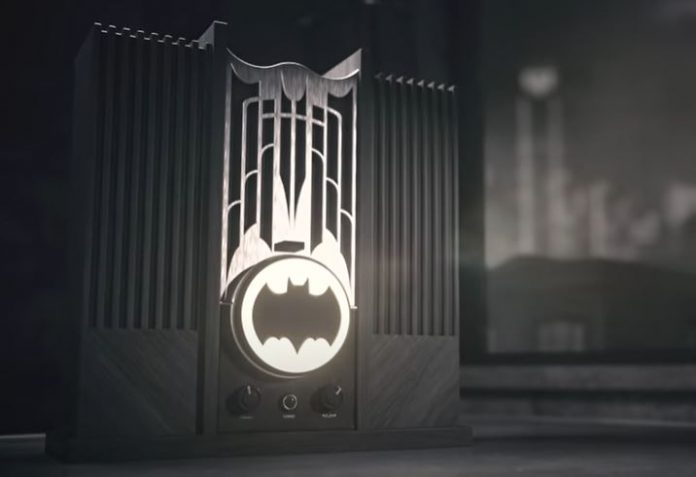 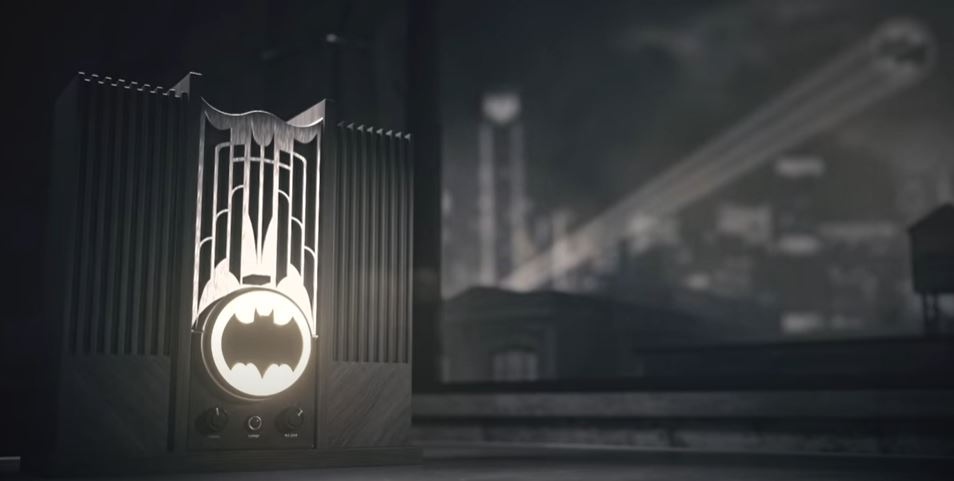 Batman: the Audio Adventures (B:TAA) is “old school” Batman. This take is your grandfather’s Batman, Batman, on the radio. The Batman that Ralphie from “A Christmas Story” would listen to on his transistor radio while he sips his Ovaltine.

B:TAA is a new podcast brought to us by HBO Max and Blue Ribbon Content. You can find this show on all major podcast providers as well as the HBO Max app itself.

The show is an anthology format consisting of four significant storylines and a few fun radio ads that transition from one story to the next. The audience is guided by narrator Chris Parnell in and out of various adventures in Gotham. The narrator provides that slight direction for the audience, who is there, what the setting is all those necessary details that you cannot see. Never once was there too much narration; it seemed like the perfect amount throughout the episode.

We first are treated to a beautiful introduction of this world by Jack Ryder and his man on the street report. Ryder gives the audience a great sense of this world and how Gotham is reacting to Batman at the moment. Seth Meyers provides the voice for Ryer, who does an excellent job with the character and his interactions with the city’s citizens. This segment gave me total New York City Eyewitness News vibes.

The following story features Catwoman, voiced by Rosario Dawson. This tale nails the characterization of Catwoman. Selina uses her feminine wiles to have her “victim” lead her right to his prize while creating the purrrrrrfect exit. Dawson nails this role, and she voiced Selina Kyle flawlessly. The deception, the transformation, the confidence, it is all on full display. This Catwoman adventure very well might be the best tale in this episode. It is definitive Catwoman. We haven’t had a Catwoman adventure this good since Darwyn Cooke and Ed Brubaker. A modern Catwoman adventure with the flair of Batman ’66. It sounds like the perfect combination if you ask me.

Our third story is a kidnap/hostage situation that introduces us to not only Two-Face, voiced by Ike Barinholtz, but Batman and Robin voiced by Jeffery Wright and Mellisa Villasenor respectively. While I enjoyed the tale, I do have some issues with the voice work. Barinholtz’s Two-Face voice doesn’t come off angry and doesn’t seem to have the angst that one would think of when it comes to the character, although Harvey’s voice is more in line with what you might think. The conflict between the two is in line with some versions of the essence, and you can feel the issues of duality with this take, Something Batman does take advantage of wonderfully. The back and forth between the three is excellent despite not enjoying the sound of Two-Face.

Wright’s Batman voice sounds too much like Jeffery Wright; I think the writing of Batman is superb. Wright needs to add a little gravel to his delivery, though. Villasenor is fantastic as Robin, enthusiastic, optimistic, and ready for action. While it is not stated what version of Robin this is, I wouldn’t be surprised if this was Dick Grayson; that is the type of energy coming from the character. The interactions with Batman and Robin are spot on, this is classic Dynamic Dou, and I must say I am beyond impressed with how they nail that aspect in a “radio program.”

The third and final tale in this adventure introduces us to The Ace of Knives himself with Brent Spiner voicing The Joker. The episode is unique — it’s a job interview for a place in The Joker’s gang. The audience gets the low down on this version of The Joker, the dos, and the don’ts. We learn about The Joker’s mentality even before hearing his voice. An exciting way to set the character up. Spiner’s Joker voice is something we haven’t heard before from the character, a calm tone, and very articulate. This Joker sounds more gentlemanly-like than any other version of the character we have seen before but as intimidating as ever in a polite way. The laugh felt a tad underwhelming in the little we got to hear it, and it was just a tease. I do hope the real laugh is a bit more menacing. This is just a little introduction to Mr. J. and leaves the listener on a cliffhanger.

The show is not just the voices of the cast with the mixing of sound effects and music help set the tone of the show. You hear the leather of chairs stretch as someone sits, the footsteps of people walking, the swoosh of a flying Batarang, so clearly and distinctly that you don’t need the visual. The audience needs to let their sense of hearing guide them on these adventures. Just close your eyes and listen before you know you will be emersed in Gotham City.

I must say I am incredibly impressed with this podcast after one episode. The writing of each character is damn near perfect, and the character interactions are genuinely excellent in each story. The production value is terrific, and the background noise and sound effects perfectly complement the story elements and work in harmony.

I was only disappointed by one of the voices, honestly, but that shouldn’t deter one from giving this a listen. This episode is an absolute blast and will offer commuters and radio heads a change of pace.

What did you BOFers think? Sound off in the comment section below! – Peter Verra