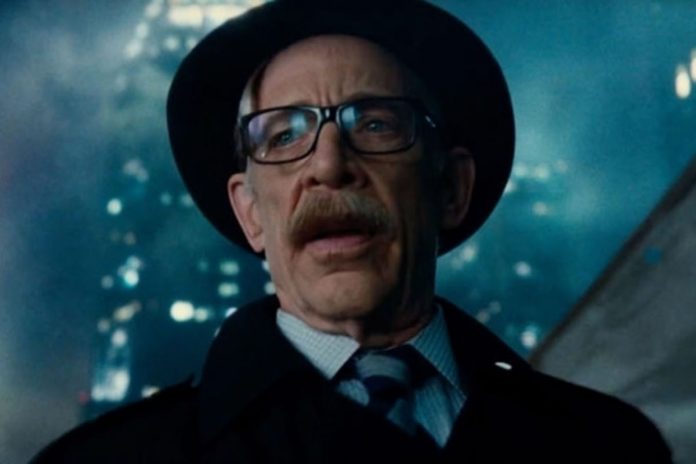 When J.K. Simmons was asked to join the cast of JUSTICE LEAGUE way back in c. 2016 to play Gotham’s Commissioner Gordon, he figured he’d be around a while playing the character in other DC films — such as a solo Batman movie with Ben Affleck.

I’m not going to get into why because there’s no need to rehash all of the DC on film drama that took place between 2016 through the release of the theatrical version of JUSTICE LEAGUE in late 2017 (and #beyond…if you get my drift).  We all know what happened and why the future of DC on film was altered.

So, JKS figured he was done with Jim Gordon…until he was asked to play the role again in the upcoming BATGIRL film (directed by Adil El Arbi and Bilall Fallah) for HBO Max.

Well, it’s a more significant character in the story this time around, which is great. When we were doing [ZSJL], that was with the intent that we were laying groundwork for these characters to be expanded on. And with these superhero multiverses, I guess now they go in different directions.

I was as surprised as I was when [Marvel Films/Sony] came back to ask me to do [J. Jonah Jameson in the new SPIDER-MAN movies] that they were coming to me to play Batgirl’s father, Commissioner Gordon again, in this new version of the universe. We’ve already had lots of discussions about the script and how to play everything. I’m excited by the cast and the directors and…looking forward to diving back into the DC multiverse.

“New version of the universe” is the key phrase here.

Clearly, things are going to be very different with the “shared” DC on film universe post-THE FLASH.  Continuity will be altered and while some characters will remain, some will not.  And it’s likely that some new characters — maybe new/alternate versions of characters we’ve already seen — will join the, ahem, “DCEU.”

Back to J.K. Simmons, it seems that he could be suggesting that just like the new incarnation of J. Jonah Jameson he’s playing in SPIDER-MAN: NO WAY HOME (and FAR FROM HOME at the end), this BATGIRL version may be a different version of Jim Gordon than the one he previously portrayed. OR…

It’s the same JG, but after THE FLASH, Affleck’s Batman no longer exists (i.e. he dies in the film doing something very Batmanish and heroic) and Leslie Grace’s Barbara Gordon/Batgirl takes up the mantel.  OR…

Once universes are merged in THE FLASH (in a very CRISIS ON INFINITE EARTHS sort of way), the Batman of the “new version” of the DC on film universe will be an aged Bruce Wayne played by Michael Keaton and his JKS’s Gordon is — and has always been — his Gordon this new reality.

However it all pans out, it’s clear that Simmons’ Jim Gordon in BATGIRL will essentially be a new version of the character and not beholden, continuity-wise, to his previous turn in JL17/ZSJL or what was once planned.

Plus, it’s going to be nice to finally see him do, well, something as Commissioner Gordon other than turn on the Batsigal. – Bill “Jett” Ramey

(Info came via LOOPER by way of COMICBOOK.COM and others.)

THE BATMAN is Filming in Chicago