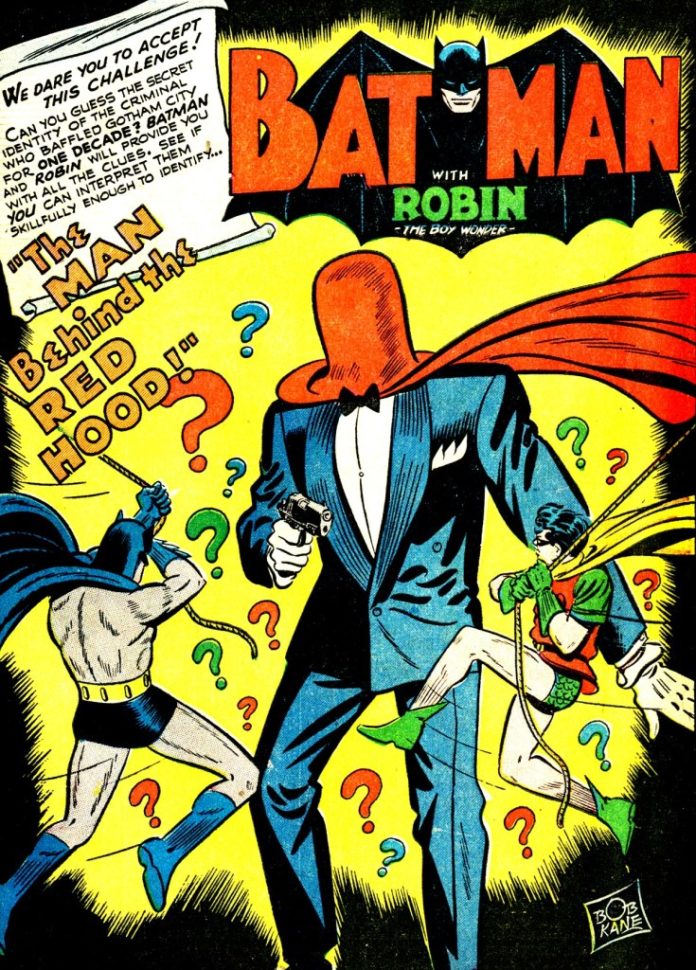 DECEMBER (1950)/JANUARY: “The Catwoman” is back and this time with her first origin story in BATMAN #62. Catwoman revealed that she was indeed Selina Kyle who – and get this – had been an airline stewardess who got amnesia. With her memory restored, Selina “retired” as Catwoman.

FEBRUARY: The Bat-villain origin streak continues in DETECTIVE COMICS #168 with The Joker getting a backstory eleven years after his debut.

In this classic tale, it was revealed that The Joker was once a thief known as the “Red Hood” who had dove into a vat of chemical waste at the Monarch Playing Card Company in order to escape The Batman. While diving into the chemicals allowed the Red Hood to escape, it also turned his skin white and his hair green. Thus, “The Joker” was born.

The “Red Hood” Joker-origin storyline has “reimagined” several times over the years in various mediums; amongst them include the 1998 THE KILLING JOKE graphic novel by Alan Moore, the 1989 live-action film BATMAN, and in Scott Snyder’s 2013-2014 “Zero Year” storyline in the BATMAN comic book.

This original version of Killer Moth was Cameron Van Cleer and was depicted as one of the first “Anti-Batman” villains in Batman history. Killer Moth even had a “Moth-Signal” and a “Mothmobile.”

JUNE: The GREAT Michael Uslan is born on the 2nd day of this month in New Jersey. Of course, he would go on to be the “THE BOY WHO LOVED BATMAN” and was responsible for bringing a “dark and serious” live-action Batman to the big screen. He’s been an executive producer on all Batman films since 1989.

JUNE/JULY: Catwoman “un-retires” and returns as an ally of The Batman in BATMAN #65. Also, a future member of the “Batmen of All Nations,” Wingman from northern Europe was introduced.