DECEMBER/JANUARY: Harvey Kent becomes Harvey DENT (so readers will not relate this Batman villain to Superman’s alter-ego) in BATMAN #50. Though Harvey’s handsome face had been previously surgically restored and he’s apparently reformed, “Two-Face” reappears to wreak havoc on Batman and Gotham City. But is this new Two-Face – who now sports a half-purple face instead of half-green – the real Two-Face? (No it isn’t – but I think after 66 years, a spoiler warning isn’t needed.) 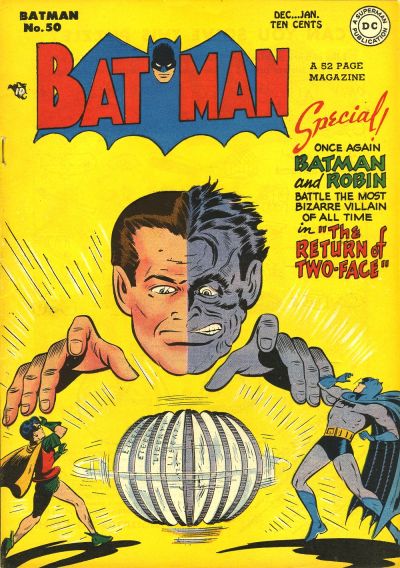 MAY: Batman gets an underwater vehicle with the “Sub-Batmarine” in DETECTIVE COMICS #147. 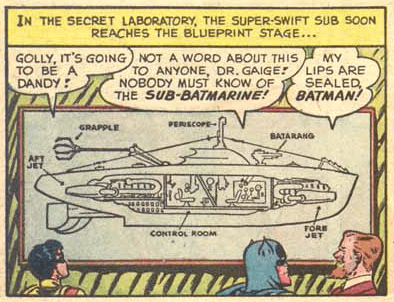 MAY 26, 1949: The movie serial BATMAN AND ROBIN debuts. The serial would consist of 15 chapters and run for 264 minutes. Robert Lowery and Johnny Duncan portrayed Batman and Robin respectively, taking over for THE BATMAN‘s (1943) Lewis Wilson and Douglas Croft. It would 17 years (1966’s BATMAN television series and film) until Batman would be adapted for live-action again. 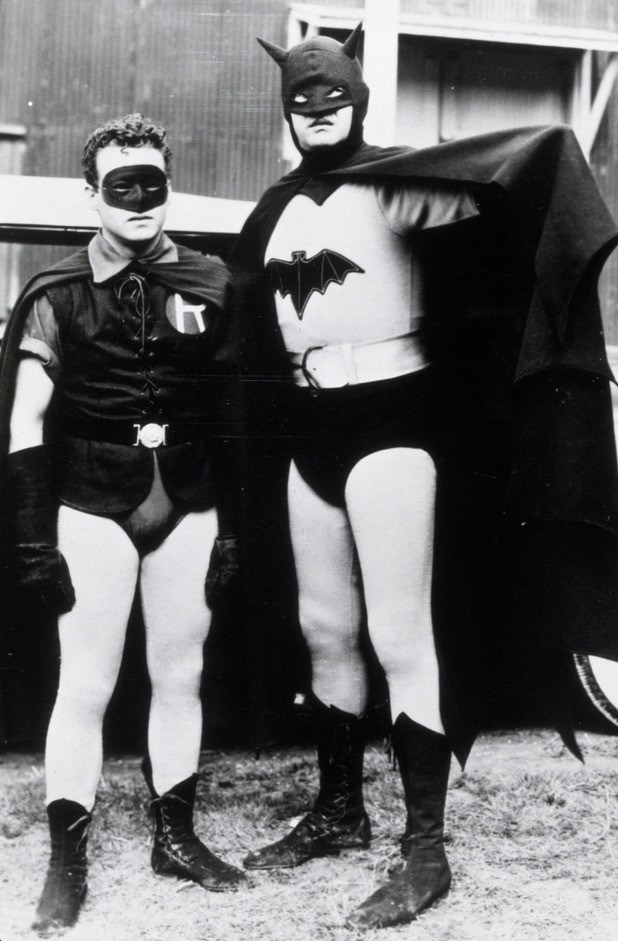 NOVEMBER: Batman “flies” for the first time in DETECTIVE COMICS #153. The Batman’s ability to soar the skies in this issue is very similar to the way Batman has used his cape to glade in both the “Burton/Schumacher Batman Film Anthology” and Chris Nolan’s “Dark Knight Trilogy.” 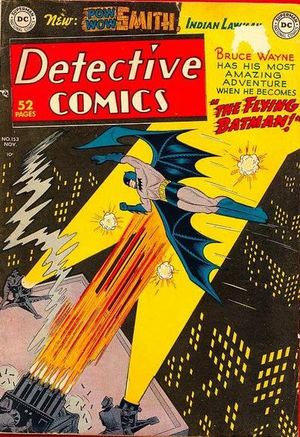