THE ART OF THE BATMAN is an awesome book and BOF gave away a copy of it to Mark G. from Wisconsin…congrats Mark!

The contest was such a success that BOF has decided to give away TWO more copies of the book!  (1 copy comes via our kind Patreon.com supporters and the other was kindly donated by BOF’er Joe Butera.)

To win it, you’ll have to do the following…

Check out Episode 66 of The BOF Social Hour (see player below), email the CORRECT answers to the 5 trivia questions asked during the show along with your NAME/CONTACT INFO (i.e. your shipping address) to JETT@BATMAN-ON-FILM.COM.

Two winners will be picked at random out of all entries.  Multiple entries will be discarded.   ONLY THE WINNER WILL BE NOTIFIED.  The contest ends on TUESDAY MAY 31, 2022!

SYNOPSIS: The Art of The Batman is the official behind-the-scenes illustrated tie-in book to the highly-anticipated Matt Reeves (Cloverfield, Dawn of the Planet of the Apes, War for the Planet of the Apes) film, coming to theaters March 4, 2022. Set during Batman’s second year as a crime fighter, this unique, noir-inspired take on The Dark Knight serves as a return to the character’s roots and stars Robert Pattinson as Bruce Wayne, Zoë Kravitz as Selina Kyle/Catwoman, Paul Dano as The Riddler, Jeffrey Wright as Lt. Jim Gordon, and Colin Farrell as The Penguin. Readers will get an insider’s look at the film’s production process through character designs, vehicle and gadget designs, and background paintings, alongside original commentary and interviews from the filmmakers, cast, production designer, and conceptual artists. 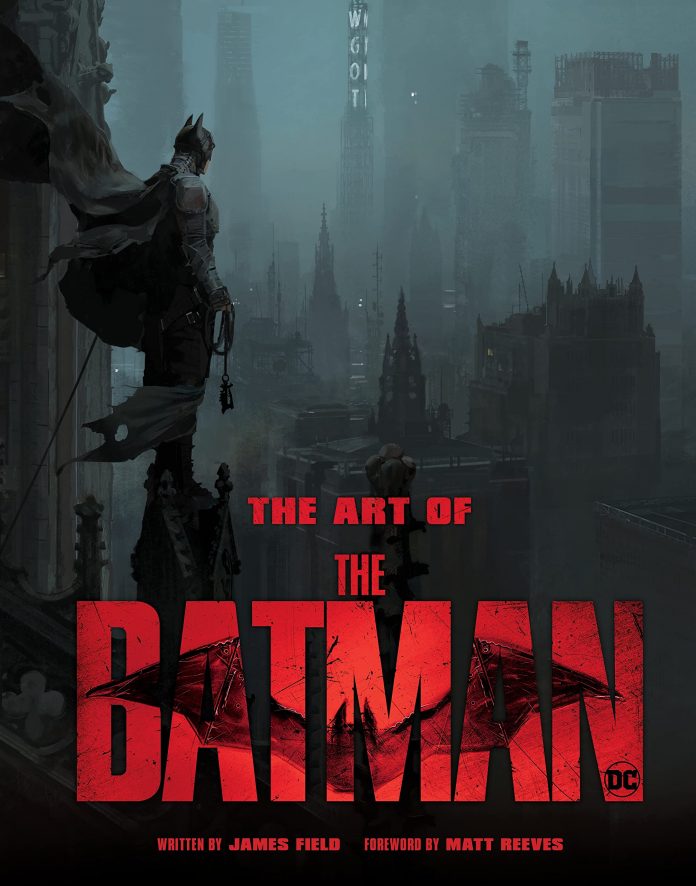