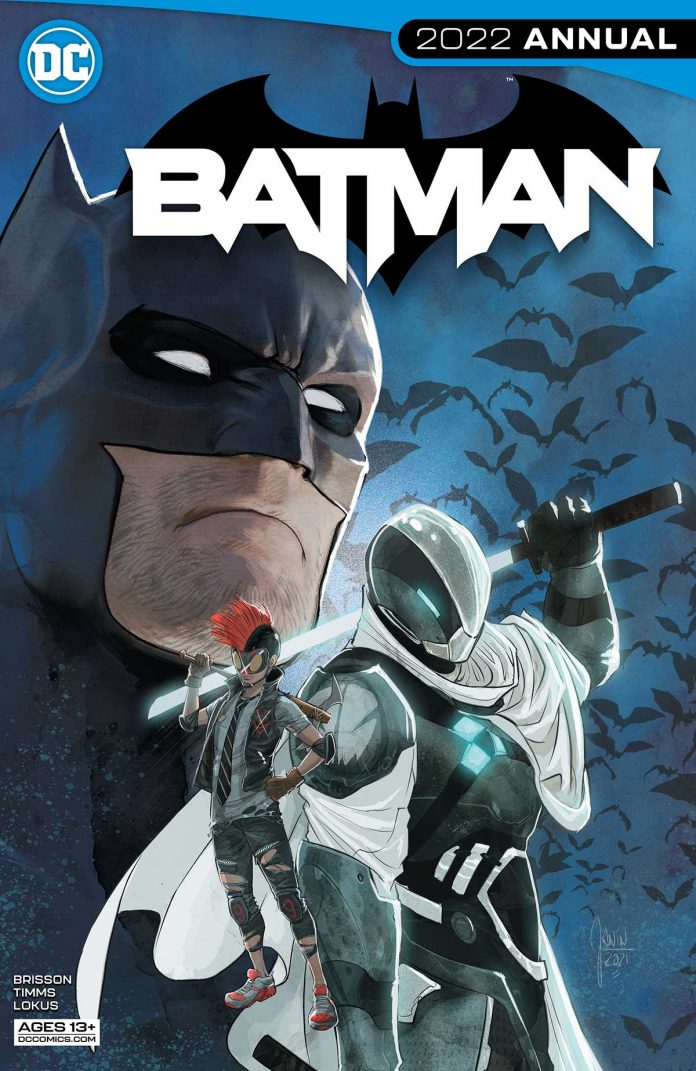 If you’ve been keeping up with the BATMAN title, you’ll know a few issues ago that Ghost-Maker is now the leader of Batman, Inc. What we don’t know is how he got to that position.

It’s no secret I am not a fan of the character, and feel like he continually is forced upon us readers. If you enjoy him, I’m happy for you. I just can’t jump aboard the Ghost train.

Here, Batman brings the character to a Batman, Inc. meetup and just lays it out on them that he’s in charge. There’s some character drama, character fighting, and a tease of what’s to come in a future comic.

Bias aside, I just wasn’t entertained by this issue in the least. I’m not a hater of Batman, Inc. I enjoyed their inclusion in the recent arc from the title. But I don’t care enough to follow a book that doesn’t include Bruce Wayne himself. Then to throw in a character I don’t like as the face of the book? No thanks.

The interior art of the book from John Timms is pretty good. His character designs for Inc. are cool. The action is clear. The colors pop. No complaint about the art.

If Ghost-Maker and Batman, Inc. are your thing, then BATMAN ANNUAL is for you.

For me, he isn’t and they aren’t (without Bruce Wayne), and this is a big setup for a book I’m not interested in.