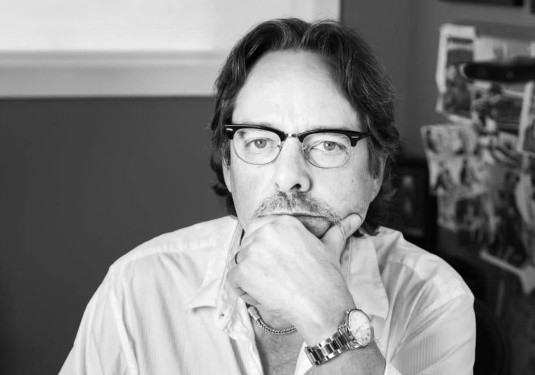 An incredible talent whose work will continue to influence for the rest of time.

Tim Sale, one of the greatest storytellers in the comic book world, has sadly passed away.

He’s been an A-list artist, with instantly-recognizable work, for decades. When you’d see a character/setting/panel/cover of his, you just knew:

While he has a deep resume of work with Marvel characters, Superman, and Challengers of the Unknown, fans around the world always link the artist to another character who is larger than life.

Sale initially worked on SHOWCASE stories, and LEGENDS OF THE DARK KNIGHT, where you could always see glimmers of the greatness on the horizon. But it is perhaps when he was partnered with writer Jeph Loeb that Sale really exploded as a talent.

First, his hauntingly gorgeous panels in the LEGENDS OF THE DARK KNIGHT Halloween specials (which would later be collected in HAUNTED KNIGHT). From those highly successful stories came a conversation with then-editor Archie Goodwin. We’ve heard it before, usually from Loeb himself, but in summary:

San Diego Comic-Con. 1995. Sale, Loeb, and Goodwin are having breakfast when Goodwin says:

“I always liked what you and Tim did with gangsters.”

Except, according to Loeb, they hadn’t done anything with gangsters in their stories.

That was the initial spark to what led to my favorite, and one of the most influential, Batman stories: THE LONG HALLOWEEN.

With Loeb, Sale created one of the most defining stories of The Dark Knight’s history, which is no small task for a (then) 56-year-old character. THE LONG HALLOWEEN was met with widespread acclaim from both critics and fans, earning the duo multiple awards and producing a direct sequel in DARK VICTORY, and an additional sequel just last year. The story was even adapted into a two-part animated film. THE LONG HALLOWEEN also served as a major influence for (perhaps) the greatest comic book film of all time, 2008’s THE DARK KNIGHT, as well as this year’s THE BATMAN.

Yes, because of the stories that were written by Loeb. But equally, and arguably, just as much because of the imagery and atmosphere created by Sale. His Gotham was moody, dark, and mysterious. His Batman was haunting, intimidating, and powerful. THE LONG HALLOWEEN was a Tim Sale showcase, cementing him as one of the defining artists to ever pencil the Dark Knight.

As we mourn the loss, we can also celebrate how lucky we all were to witness his growth as a storyteller, with multiple issues, arcs, and covers to look back on in awe.

In 2003, I had recently entered the working world and began earning (and spending) my own money. Coming from a small (and I mean small) town, finding comics was a bit of a task. Amazon hadn’t become what it is, and bookstores were at least a 15-minute trip (and to another state). However, I’d found my way to a SamGoody where in the back, they’d started adding books to the shelves. Lo and behold, there was a thick Batman story, which had The Dark Knight on the cover with a few of the most recognizable characters from his world. The title? THE LONG HALLOWEEN. Growing up in such a small bubble, I had yet to read this, let alone hear of it. Fortunately, it was $17.95 and I had a crisp $20 in my pocket. I grabbed it, ran to the register, and confidently purchased the book. The man behind the counter looked at the book, then at me, and said “Now THIS is a Batman story!” It’s amazing I didn’t get pulled over for how fast I drove home to read it, cover to cover. I was blown away by the story, characters, and setting. But my biggest takeaway?

The Batsignal will continue to shine, but just a little dimmer.

Rest in peace to the incomparable Tim Sale. – Ryan Lower