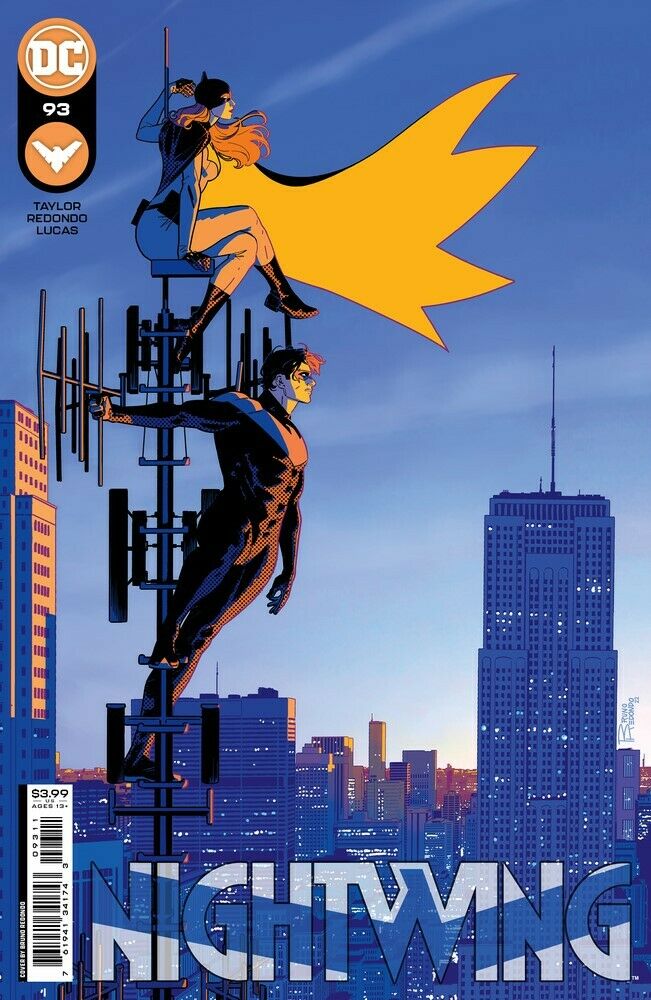 This week two of Nightwing’s deadliest villains meet to discuss a team-up…kinda.

I really liked the flow of this issue, how the two villains play off each other, and later how our heroes contrasted with the boys in blue in the Bludhaven PD.

Heartless, whose origin has yet to be fully fleshed out, appears in Blockbuster’s office to propose a partnership. His stated goal is to instill hope in the people of Bludhaven in order to take it away (has echoes of Bane saying, “I will feed its people hope to poison their souls” line from THE DARK KNIGHT RISES).

While Heartless talks a lot Blockbuster takes his thunder away by saying, “That’s a monologue, not a request.” Hands down my favorite line of the issue, a nice example of how a long-game villain and a brute force villain would chat. It’s also an indicator of where this meeting is headed.

Elsewhere, Nightwing is at the local youth Haven he funded cleaning-up graffiti in full costume and in broad daylight. Suddenly he is fired upon by Bludhaven police setting up a cool fight involving a bucket and instigating a confrontation he’ll have later with the commissioner as Dick Grayson.

I love when heroes do small deeds like cleaning up vandalism. At their core, comic books and comic book movies should make everyday activities and decisions seem epic.

Here the contrast is twofold. It’s satisfying to see the vigilante doing a public service and the corrupt cops being the ones to come in guns blazing. It’s nothing new, but just really hits home since the fight is over such a low-level event. I also dig the back-and-forth on how the incident will play out in the media as both our vigilante heroes and corrupt law enforcement try to throw the other side a curveball.

This, and other bits of wordplay in the issue, are like poetry in comic form.

Finally, there’s a particularly “lovely moment between Grayson and Barbara Gordon in this issue, one that I think even had Haley the Dog winking at the reader in a fourth wall break. I still stand by Shawn Tsang as being one of Grayson’s better love interests post-Rebirth but it’s hard, nay impossible, to argue against more Babs.

NIGHTWING #93 is a solid part two that had enough plot and curveballs to keep you interested, plus a great contrast between the two villains as well as the heroes and cops. – James Armstrong

Review – INJUSTICE vs. MASTERS OF THE UNIVERSE #1 by Garret...