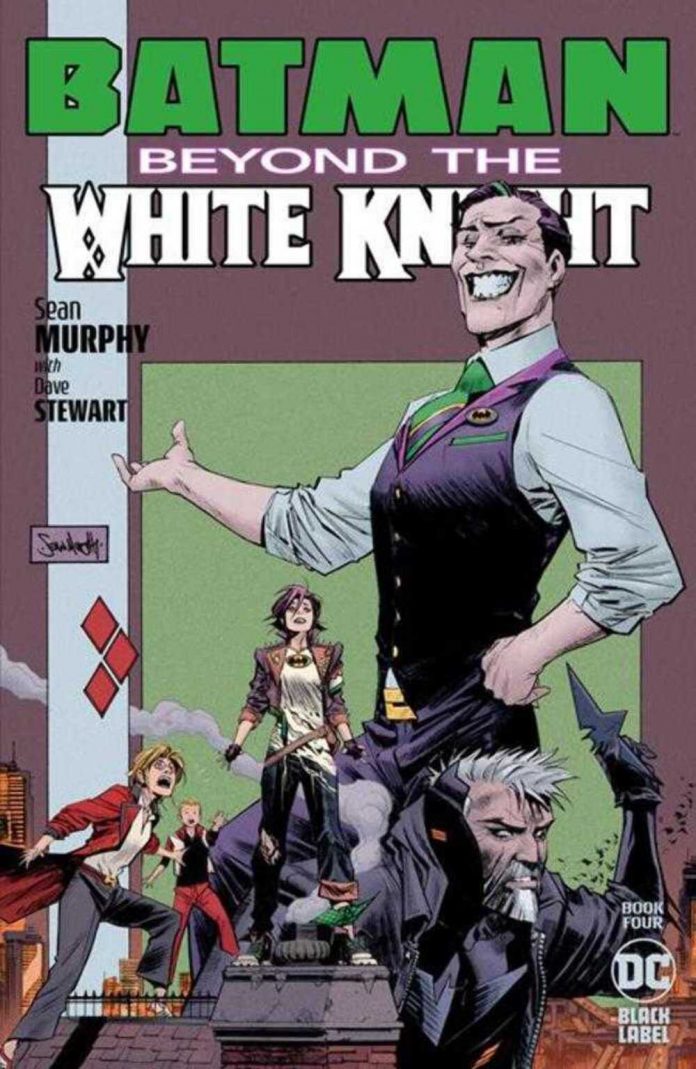 This month’s issue of BATMAN: BEYOND THE WHITE KNIGHT isn’t too heavy on the action, but man is there a lot going on. Writer/artist Sean Murphy focuses on relationships, putting a lot into this story as we wrap up the front half of this series.

In this issue alone, there’s a focus on…Jackie and Derek Powers, Terry and Powers, Barbara and Dick, Duke and Bruce, Terry and his father, Jason Todd, and of course more of Bruce and Jack.

It seems like it’s all working toward a big confrontation, deepening the story and enriching every character’s motivation. This is a big cast, and it appears every person is going to have a moment and a payoff.

While there’s a focus on characters and story, it never stalls or feels overstuffed. That’s always been a great skill of Murphy in this WHITE KNIGHT universe. No matter if it’s an action-heavy issue or smaller in scope, the book just moves. Every moment is building on what’s come before and leading to what’s on the horizon. That’s great storytelling and keeps us readers engaged, excited, and committed.

The art continues to be on par with the previous chapters of this book. It’s a respectful interpretation of the BATMAN BEYOND universe, with a Murphy touch. It was cool to see a sketched, black and white image that Murphy revealed on BOF podcast #196 fully completed in this issue. It was also great to see Bruce take to the skies. Duke shines in the Robin suit. But the standout image is a defining moment for Terry, where there’s a blend of his face and Batsignal.

And we get the Bat-Hound.

BATMAN: BEYOND THE WHITE KNIGHT #4 is an important chapter that adds so much to this futuristic tale, setting us up for intense confrontations. This wraps up the front half of this story, with a Red Hood “intermission” coming in the next two months that I’m really excited for.

Then it’s full speed ahead toward the finale.