The following info comes to you via BOF by way of the fine folks at Warner Bros. Home Entertainment.  Check out the details, Blu-ray cover, and trailer for the upcoming DC animated film BATMAN AND SUPERMAN: BATTLE OF THE SUPER SONS which will be released on 4K Ultra HD Blu-ray Combo Pack, Blu-ray, and Digital on October 18, 2022.

Sorry to WBHE and for you BOF readers for being a couple of days tardy on posting this — I flew up to Memphis, Tennessee to visit Graceland, Elvis Presley’s Memphis Complex, Sun Records, and taking in the fun/food/music on Beale Street! #TCB⚡- Bill “Jett” Ramey 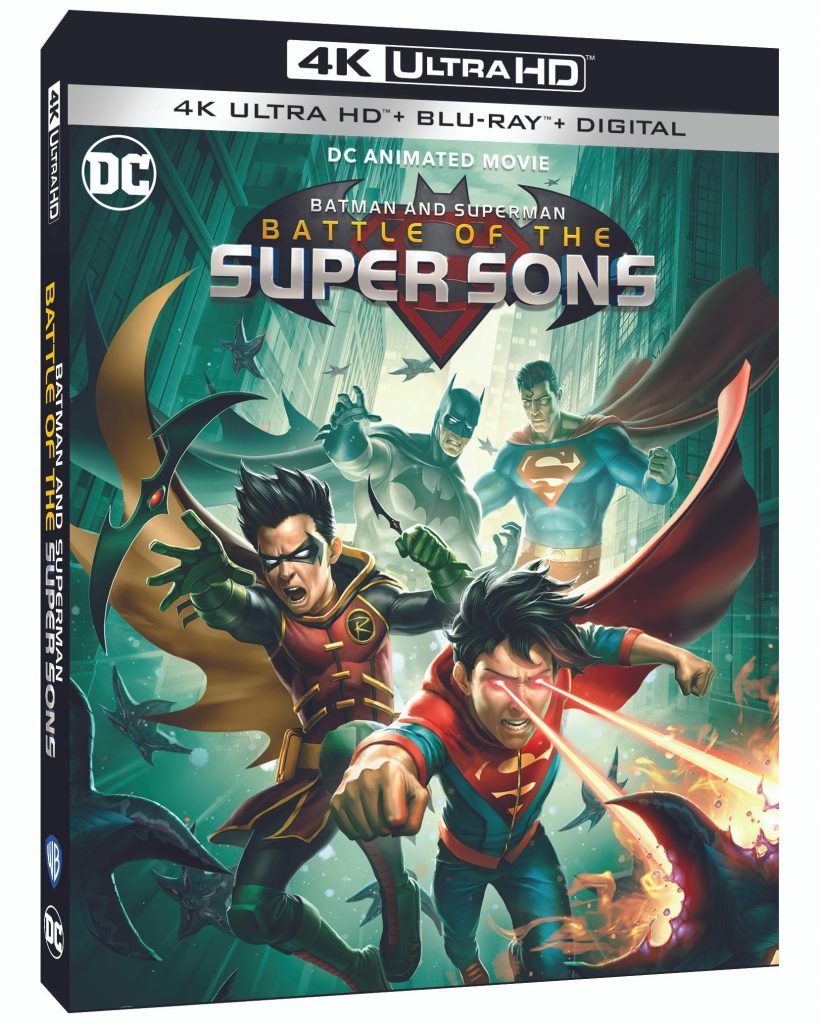 Produced by Warner Bros. Animation, DC and Warner Bros. Home Entertainment, the PG-13 rated Batman and Superman: Battle of the Super Sons begins as 11-year-old Jonathan Kent discovers he has superpowers, thrusting the half-Kryptonian into the complicated world of Super Heroes and Super-Villains — who are now under attack by a malevolent alien force known as Starro! It’s a race against time as Jonathan must join forces with assassin-turned-Boy-Wonder Damian Wayne to rescue their fathers (Superman & Batman) and save the planet by becoming the Super Sons they were destined to be!

Rival Sons: Jonathan and Damian (New Featurette) – Legacies collide as Jonathan Kent and Damian Wayne set aside their differences, forming an unlikely alliance to save the world.