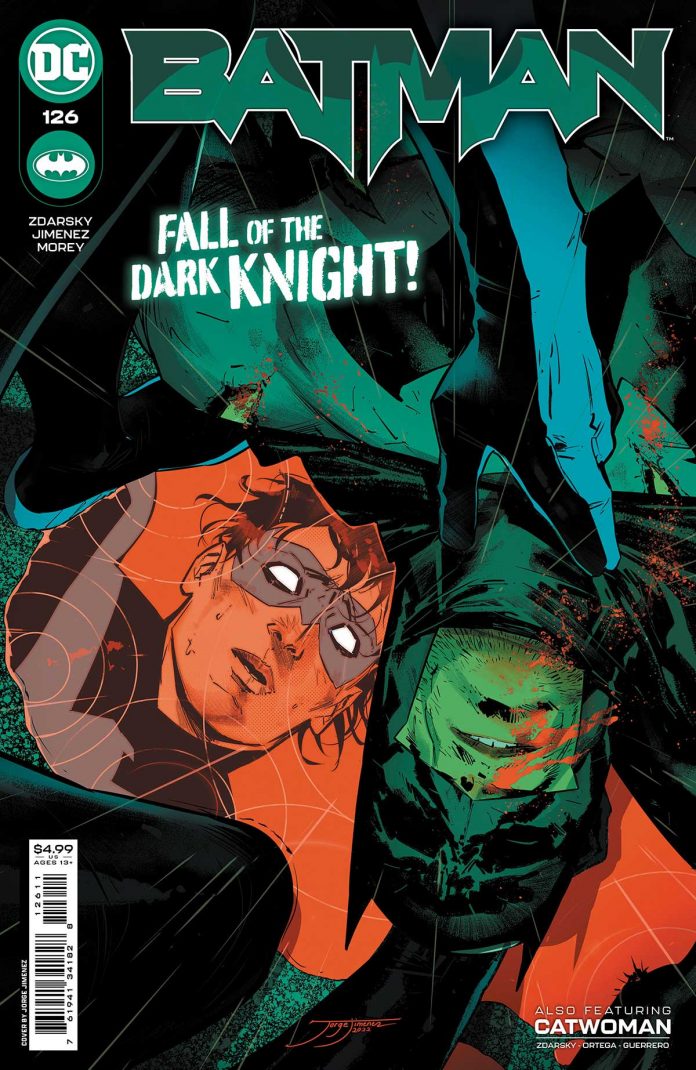 After kicking off last month with their debut issue, the new creative team of Chip Zdarsky and Jorge Jimenez are back with the next chapter in this month’s BATMAN #126.

There is a lot of emphasis on the Batfamily, great action with the villain teased in the last issue, and a major lesson for Bruce to (continue to) learn: trust others.

There is a lot of good stuff happening here. Zdarsky balances action with story very well, delivering the goods on both fronts. The threat is imminent, overwhelming, and relentless. Our hero does what he always does, and attempts to take down this villain on his own. Except he’s simply outmatched and realizes it a little too late. Zdarsky raises the stakes in this issue, but on a small scale that feels personal. I enjoyed how he organically brings in the supporting characters, and yet the threat continues to grow.

And one of my…not nitpicks, but noticeable absences from the last issue….was that I missed the Batcave. In this issue, we return, and I was so happy.

Then that final reveal.

It makes sense, and I’ll definitely continue reading to see where the story goes. However, I wasn’t excited about it. Apprehensive, even. But I’ll give the benefit of the doubt because Zdarsky is 2-for-2 on this book so far. Plus, there have been countless plots/characters/events introduced by writers, then revisited by another writer and improved upon.

If that sounds confusing, it won’t be after you finish the issue. I promise.

Jimenez again knocks every panel and page out of the park. It appears he’s been elevating his art, especially in small, intimate moments. He’s created such a great vibe with the colors, characters, and settings that I get swooped up in his Gotham. Now add in how clear and impactful his action scenes appear, and you’ve got a stellar-looking book. Jimenez keeps getting better, and I’m glad he’s back with Batman.

Overall, this was another good issue in the BATMAN title. This team is delivering the goods, and has left me on edge for what’s to come. 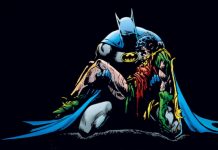 The Batman Book Club Podcast 114 | “A Death in the Family”