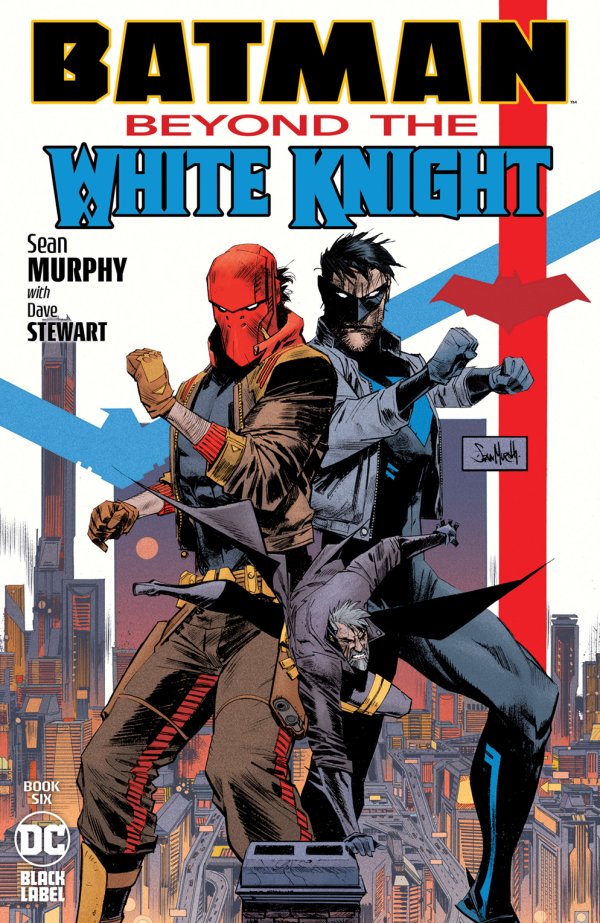 With every new issue of Sean Murphy’s BATMAN: BEYOND THE WHITE KNIGHT, I continue to have a problem.

I’m running out of new, complimentary things to say.

You’ve heard me since March sing the praises of this series. It took off and has been soaring ever since.

In this week’s issue #6, Murphy focuses on Bruce repairing relationships. There’s a big conversation between him and Harley, a brief one between him and Barbara, and a major hashing out with his former sidekick Dick Grayson. Advancing the subplots are important scenes that involve Jason and Gan. All of these threads do connect and will lead to a major confrontation in the final issue(s) of the series.

While he knows how to sell the smaller moments, Murphy never fails to deliver on the action. Derek Powers had a major incident last month, and we see the effects continue to develop here. He’s threatening, powerful, and looks badass. There’s a consistency in ending each issue with a cliffhanger, and we do get that here.

his issue was damn good. Relationships are building. Conflicts are clashing. Problems are being solved while new ones are sprouting. This is just good storytelling, which we’ve come to expect with the WHITE KNIGHT universe (aka Murphyverse). Murphy keeps building onto his story, which has become its own section in Batman lore. He can do whatever he wants since it’s contained in this world. That means anything is on the table, which makes it exciting for us readers.

All of the seeds have been planted for what’s sure to be a thrilling, and unpredictable, final two issues. If you’re not reading this book, catch up. This is some of the best Batman material out there today. – Ryan Lower

These Are a Few of My Favorite (Batman) Things, Part 4