From 2001-2022, DC Comics published a line of comics a JUST IMAGINE line of comic books written by the late/great Stan Lee — along with the executive producer and originator of the BATMAN film franchise, Michael Uslan — which gave a “Stan Lee reimagination” to DC’s classic characters like Batman, Superman, Wonder Woman, The Flash, Green Lantern and others.

2 decades later, DC Comics is celebrating what would be Stan Lee’s 100th birthday with TALES FROM EARTH-6: A CELEBRATION OF STAN LEE — an anthology of 10 new stories featuring Stan Lee’s take on DC superheroes from an all-star group of writers and artists.

Since this is a Batman website, I’m going to focus only on the first story found in this book titled “Choked” — written by Michael Uslan with art by Lee Weeks — which features Lee’s (and Mr. Uslan’s) take on Batman.

This Batman’s name is Wayne Williams — a wealthy African American man (there’s a twist to Willams’ wealth which you can discover by reading the original story) who went from pro wrestling to being an urban crimefighter in Gotham City.  His costume is very different from the one that Bruce Wayne’s Batman wears as it literally looks like a giant bat.”Choked” appears to take place early in this Batman’s career where Gotham’s cops are ready to shoot him at first site.

In short, the story is about Batman hunting a serial killer known as “The Choker.”

Yes, The Choker is Earth-6’s version of you-know-who!

Also, we witness the budding relationship between Batman and Gotham’s police Commissioner…Jordan.  I won’t tell you exactly who it is, but I will say he is not a former professional basketball player named Michael, but his name just might be Hal.

All in all, it’s a cool, short, and self-contained story that also feels like it fleshes out the Gotham City of Earth-6 a bit more and sets up more adventures.

In conjunction with its release, I was able to interview the author of “Choked,” longtime friend and supporter of BOF, Mr. Michael Uslan.  You can check out the audio-only podcast version of the interview HERE and the video version below.

As far as the other 9 stories, I did read them and found them enjoyable.  While Lee’s take on DC characters takes some getting used to (I had only read the Batman story from the JUST IMAGINE series), at their core, each is true to the original characters.  I will say that if you like ELSEWORLD stories and/or a fan of Marvel Comics as well as DC, TALES FROM EARTH-6: A CELEBRATION OF STAN LEE is for you. – Bill “Jett” Ramey 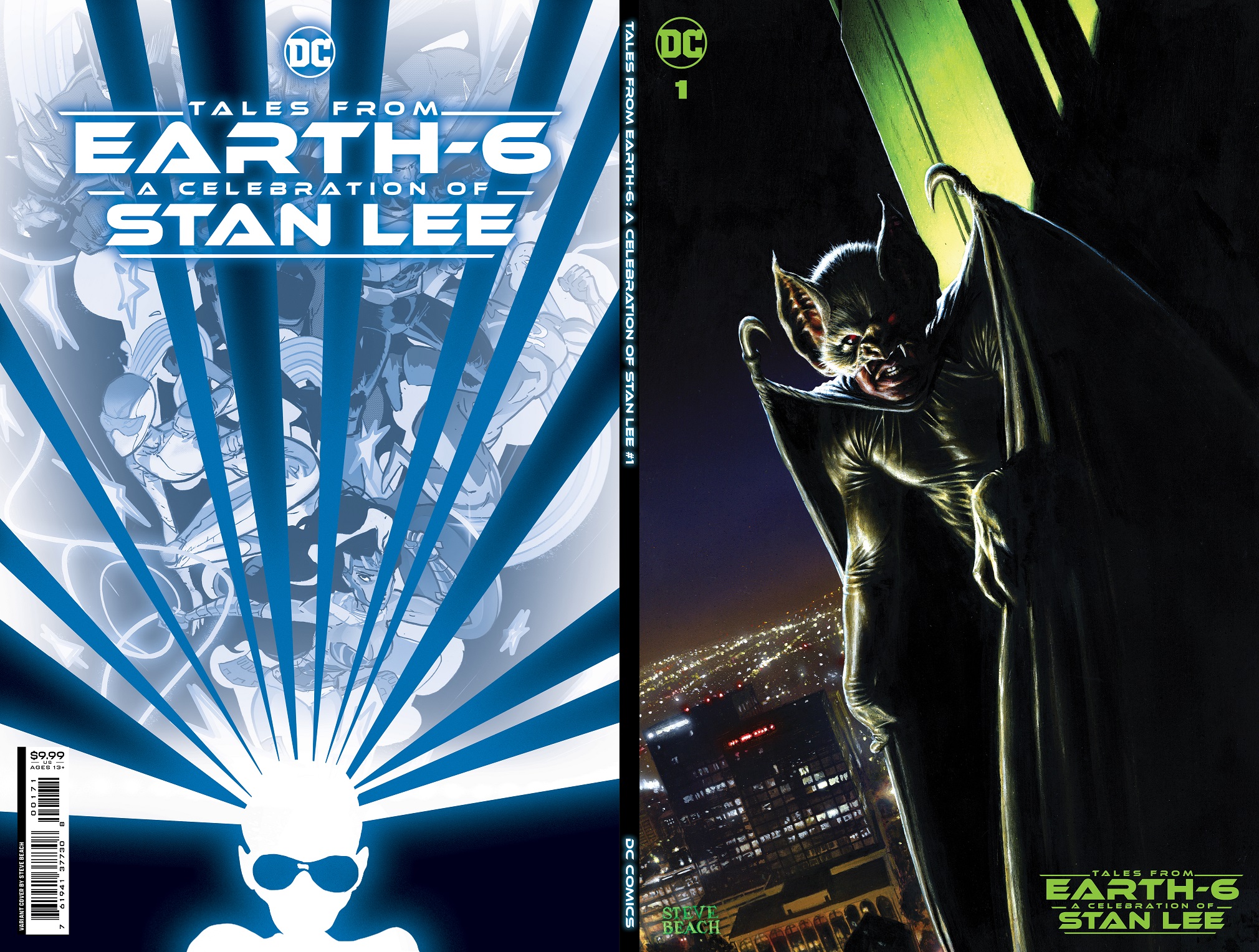 Cavill Wants Another Turn as Superman and MAN OF STEEL 2