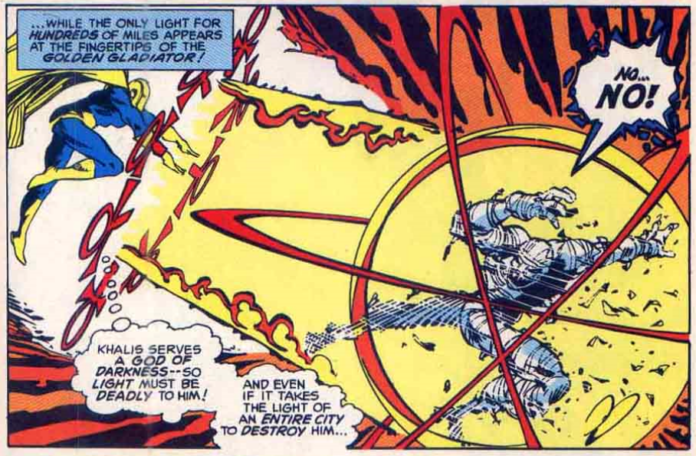 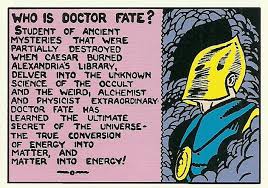 By all accounts, the direction of DC on film is undergoing much discussion. Right now it seems that the plan is to move in the direction of standalone features that aren’t reliant on a shared universe and which preferably play in genres that Marvel isn’t playing with either. To that end, I’ll throw my hat in the ring and offer DC’s sorcerer hero Doctor Fate as a feature to be developed.

But, “What about Doctor Strange?” I expect is the first question.

To that, I respond, does this… 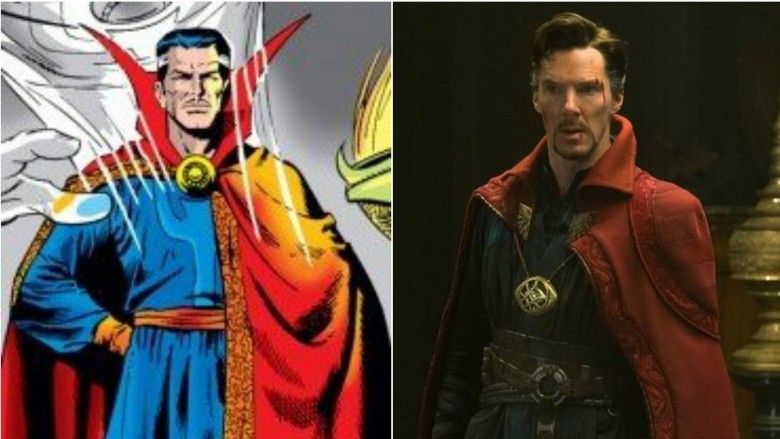 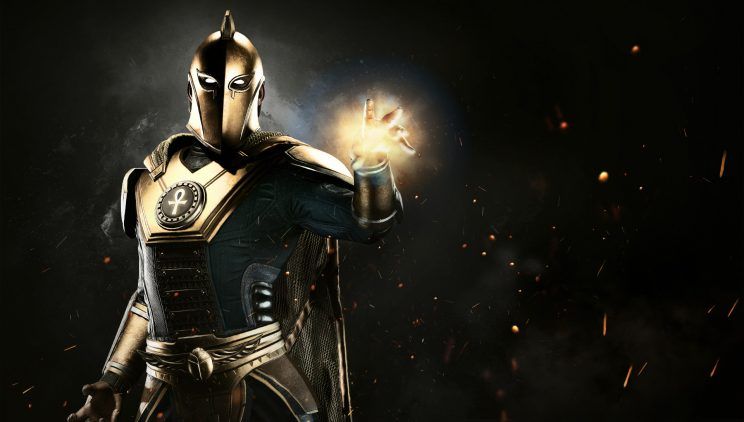 I don’t particularly think so. Certainly they look less alike than Captain Marvel/Shazam looks like Superman. Or Black Panther looks like Batman.

Certainly there are similarities between Doctor Strange and Doctor Fate. In some incarnations, they are both medical professionals. And they both inhabit structures with various portals and other magical paraphernalia. Then again, there are teachers at Hogwarts that can probably say the same and nobody seems confused.

In addition, the two sorcerers draw from different visual influences. The late, great Steve Ditko drew from Eastern influences and 1960s psychedelia for his magical realms and spells. It’s some of the most distinctive and imaginative art that ever graced a comic book page. Doctor Fate, on the other hand, draws his influences primarily from an Egyptian theme, drawing from the Egyptian archeological expeditions of the years proceeding his creation. I’d argue that the ankh is a distinctive symbol that won’t be confused with any spell cast by Doctor Strange or Harry Potter. 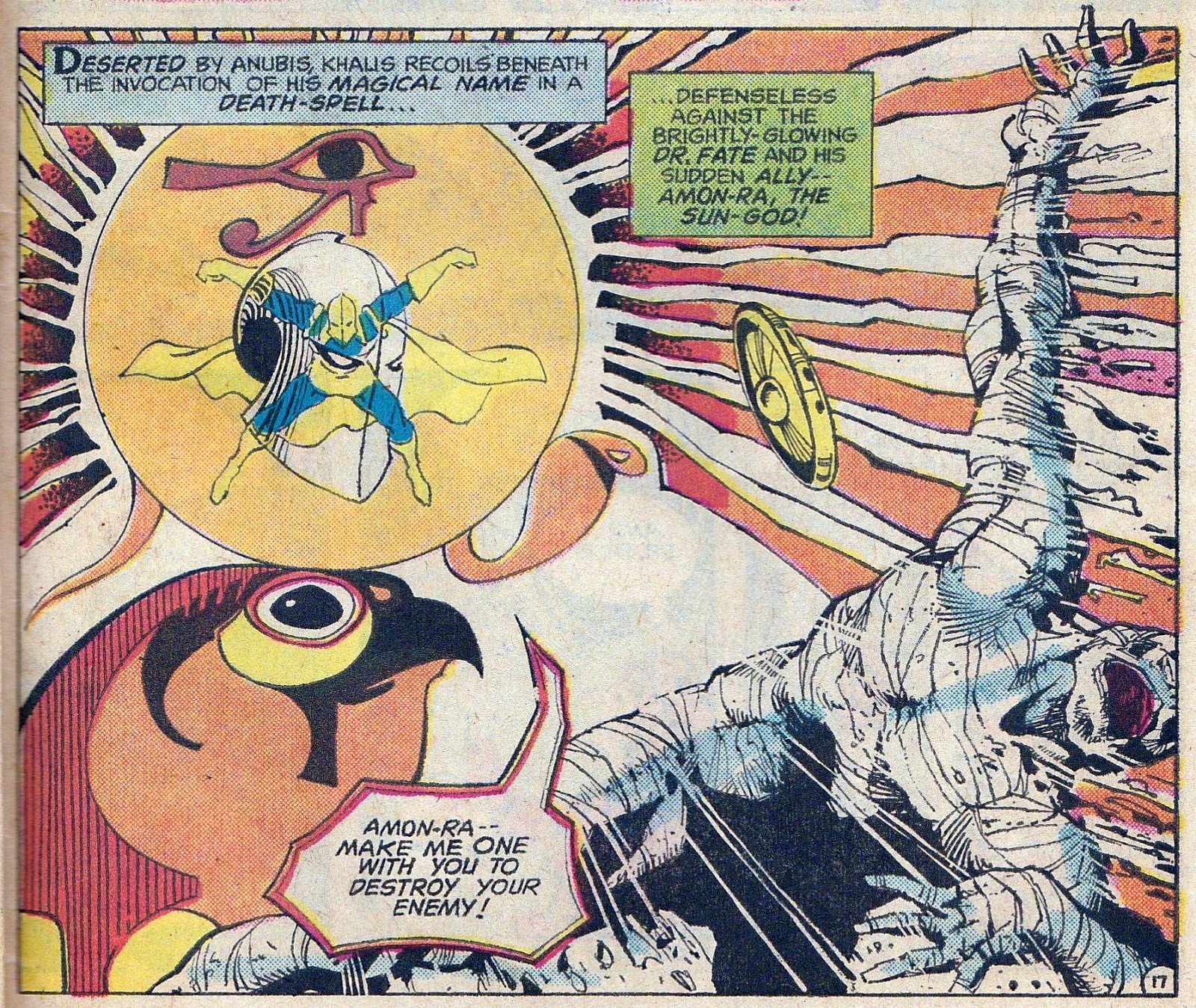 What’s more, there’s a distinct difference in the themes and stories of the two characters. Doctor Strange certainly has embraced the cosmic and extradimensional over the years. But, Doctor Fate’s roots are home to weird fiction and horror as much as superheroics.

Doctor Fate was created in 1940 by artist Gardner Fox and artist Howard Sherman as pretty much a pastiche of H.P. Lovecraft battling evil sorcerers, fish men, and other assorted supernatural menaces out of a tower in Salem, from which Lovecraft based his Arkham. With the outbreak of World War II, Doctor Fate turned to fighting Nazis and other more traditional supervillains for the rest of his Golden Age run, but arguably the most notable comic stories featuring Doctor Fate are from the first year or so of his publishing history. 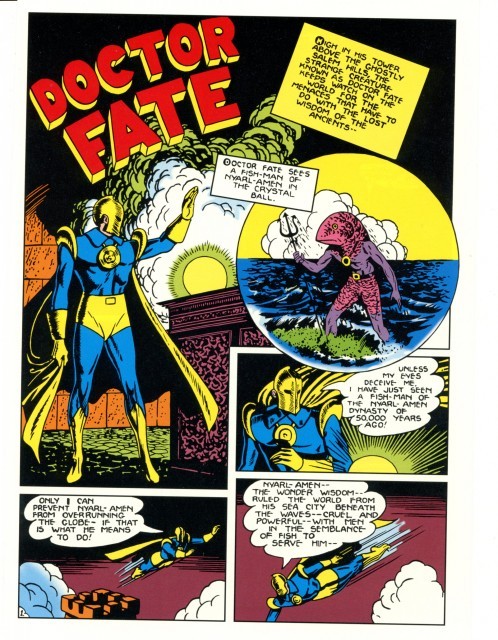 The world of Lovecraft and weird fiction is a rather untapped resource for film with ALIEN and THE THING most successfully mining the ground of bizarre, inhuman creatures utterly indifferent to humanity. Given that horror is currently one of the biggest genres at the box office, there’s certainly an opportunity to do a superhero / horror film using Doctor Fate. We certainly haven’t quite seen that combination yet.

Heck, given that the works of Lovecraft are in the public domain, one option is that you could directly mine Lovecraft for story springboards. How many people have heard of Cthulhu? No reason that you couldn’t set Doctor Fate in opposition of that Great Old One. Or against Nyarlathotep, Yog-Sothoth, Shub-Niggurath, or dozens of other antagonists from Lovecraft’s imagination. Or you can have Doctor Fate journey to the Dreamlands or Mountains of Madness. 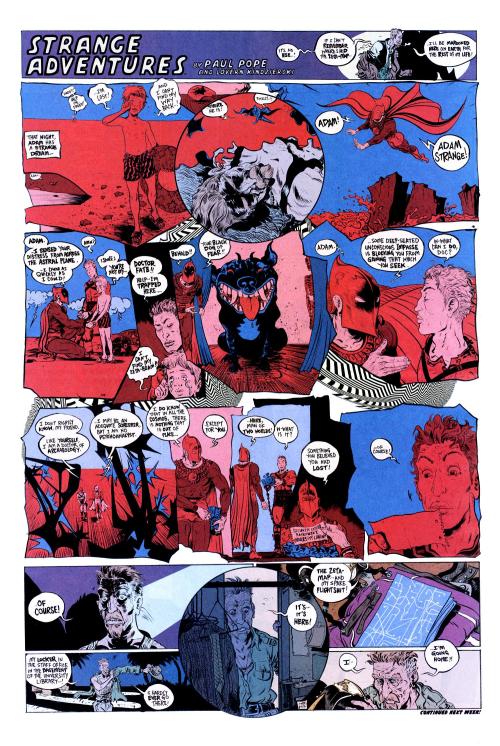 Really, there’s no reason to just be confined to the enormous universe of Lovecraft, weird fiction can lead into the works of Robert Chambers, Algernon Blackwood, William Hope Hodgson, Arthur Machen, Robert Bloch, Clark Ashton Smith, Robert E. Howard, M.R. James, Bram Stoker, and many others. Or Doctor Fate could dovetail to Justice League Dark if that ends up a thing. There’s versatility if plans change. 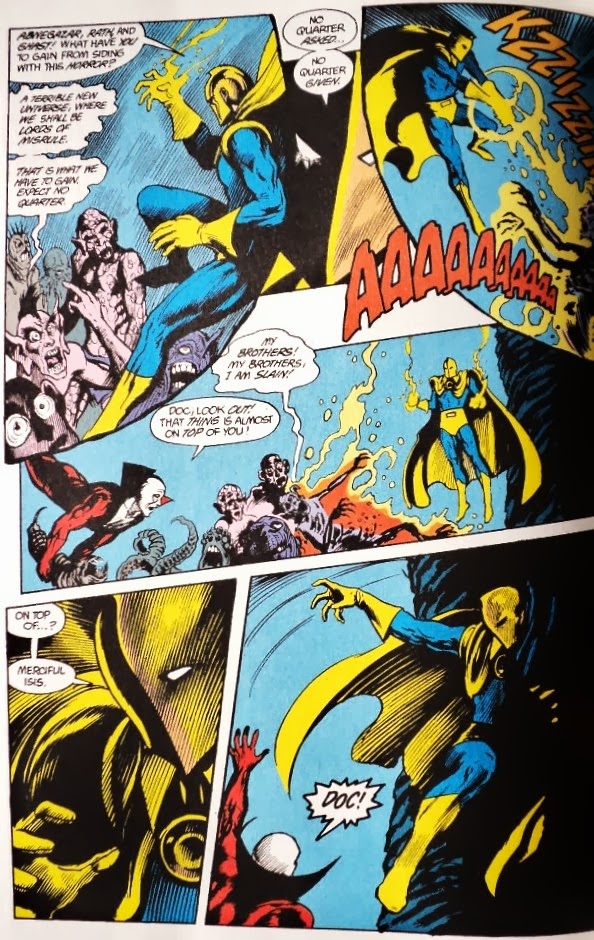 What’s more, given the fact that horror is an entry way to filmmaking today, there are lots of filmmakers with experience in the field including James Wan and David F. Sandberg. Walter Hamada’s background is in the horror genre to a large extent too. Guillermo Del Toro would seem to be the obvious choice for a Lovecraft influenced project, but he’s far too busy these days. But, how about J.A. Bayona coming off a billion dollar hit and having directed THE ORPHANAGE in the past which Del Toro was an executive producer on? Or John Krasinski perhaps? Or you can be truly progressive and give Jennifer Kent a big budget franchise not centered around a woman based on her success with THE BABADOOK?

I can see loads of potential for the property that Hollywood seems in good position to run with. How many superhero stables are going to be headed by a producer with a background in horror during a period when horror is clearly on the upswing at the box office? There are talented directors out there with the right background too. If there’s ever a time for a Doctor Fate movie, I believe the time is now.

Oh, and Hollywood can call me if they want story ideas and more. I have a bunch. – Robert Reineke