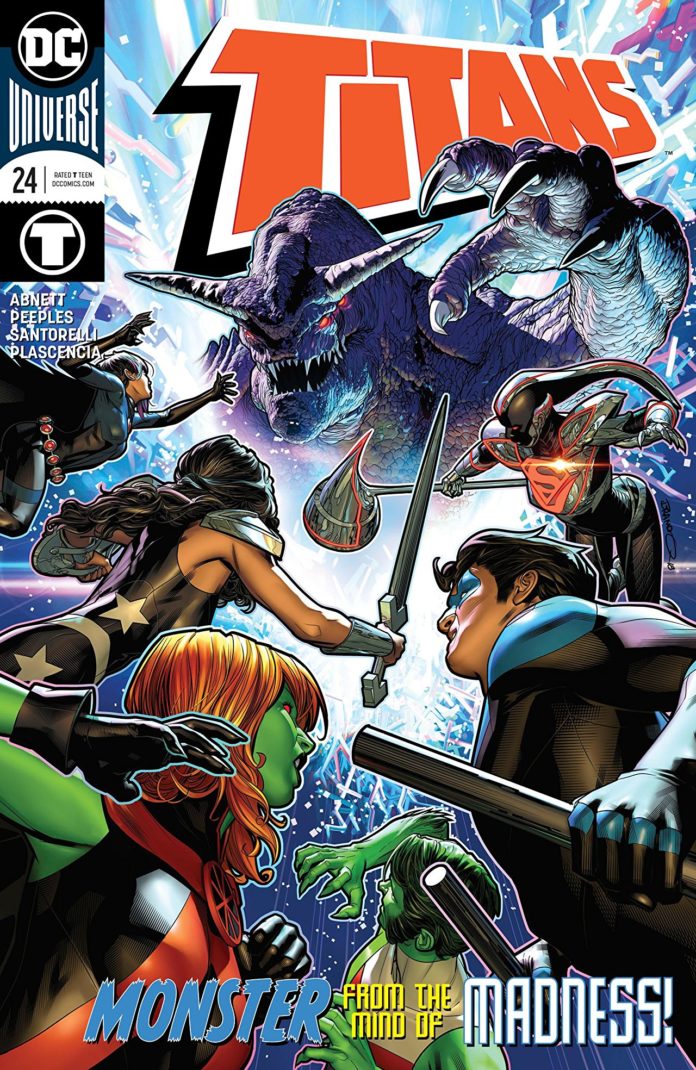 SYNOPSIS: As if the Source Wall incursions causing a metagene pandemic weren’t enough, team dysfunction threatens this latest iteration of the Titans before their new mission even gets off the ground! Night-wing and Miss Martian butt heads over the team’s M.O. as the fate of the latest metahuman hangs in the balance! They’d better get their act together, because one of the Titans won’t be coming home from this Source Wall mission—and it’s not a vacation day!

This issue starts with the new Titans on their second mission, investigating emergent energy appearances. The team arrives at the Golden State Park in San Francisco, where they have received the latest energy reading. They initially find no disturbances and one lone person in the park. Despite the lack of imminent threat, Miss Martian stresses that even small amounts of this energy can cause massive problems. While Nightwing understand the warning, he keeps Miss Martian aboard their mobile command center (the Boom Room, it’s DC I bet you can guess why it’s called that), referring to her as the “nuclear option.” Not a fan of that assessment Miss Martian has a conversation with Martian Manhunter, we’ll get to that later.

Back in the park, the team confronts the man in the park, but aren’t able to get much information as they are suddenly swarmed by monsters. More confusing to the team, the monsters recognize the old man. While everyone else takes on the horde, Donna Troy and Miss Martian (via mindlink) are able to learn that the man is Ernest Hinton, a retired teacher and failed fantasy fiction writer. He knows the monsters because they are from the fantasy world he used to write about. The emergent energy contaminated the creative center of his mind and caused him to create, not only the monsters in the park, but his entire Unearth universe.

Before the team can correct Hinton’s energy problem, an elf looking Unearther confronts the team. Telling them his name is Seneschal, Prince Travesty of Unearth. He speaks in big winding soliliquies that are supposed to invoke the feelings of Lord of the Rings, Nightwing even comments that he sounds like he’s from the Simarillion. Raven tries to get a read on Seneschal, but she says he thinks simultaneous lies and truths, with no baseline value for honesty. Seneschal does really threaten the Titans, only proclaims that they are invading Unearth.

With no threat from Seneschal, Raven joins Miss Martian as they rid an uneasy Hinton of the emergent energy. During the process, the trio ends up on Unearth and establish that, while it didn’t exist before, it is now a real place, fully formed in the Multiverse. Seeing his creations in the flesh, Hinton wants to stay on Unearth, a place he is appreciated, but by removing his power they are returned to San Francisco and all the Unearthers are returned to their home. Once home, Raven comments on how she felt that Seneschal wanted to stay. We then cut to the apartment of Hinton, who is having a conversation with Seneschal. Hinton asked how he was able to remain? With a sly look he says he got someone to take his place. We then see Raven calling for help as she is stuck on Unearth.

So far, the first two issues of Titans is all about setting up the rules of this run. The premise reminds me of the old Smallville TV series which the “freak of the week” theme. The team finds a new “infected” person with powers, and have to contain it. It’s a tried and true formula, but it is one that can get old quick. I think we’ll have to plow through this trope for a few more issues as they try to lay down the groundwork, but for that to work the team has to real shine through to keep it interesting. So far that has been a bit hit or miss.

I enjoyed the team dynamics in the previous issue more than this one. In issue #23 we got some good insight into Beast Boy, through Raven, about his new physical appearance (he has a new hulking, and dare I say, beastly look) thanks to the Source Wall. In this issue there weren’t any great character moments. They seemed to suffer from the necessary world building. Servicing all characters, and establishing the world around them is always a tough job on a team book, and sometime balancing the scales don’t happen. Dan Abnett has been on the books since the Rebirth launch, so he has experience with it. We’ll have to give him time with this new team and the new rules.

To me, this issue came down to the dynamics of Miss Martian and Nightwing. Issues #23 and #24 have made sure to highlight the tension between the two. Nightwing clearly has a problem being told that he has to have Miss Martian on his team, and that she is running psychological evaluations on the team in the field. He is not threatened by her, and it does not appear to be a lack of trust, but having someone put on his team undermines his authority. That is why Nightwing insist that she stay out of the field, and only wants to use her in extreme cases. She is not a fan of this position and tells Martian Manhunter as much. It is through this conversation that we learn that Miss Martian has been placed on the team for other reasons as well. We don’t know what those reasons are, but it feels whatever they are they are the real reasons she is there and it won’t play well with the team to find out.

If you’ve read this far, you’ll notice I have mentioned a couple of Titans. The lack of importance of Donna Troy and Steel in this issues is my biggest problem. I understand the Nightwing/Miss Martian conflict and establishing Seneschal and Unearth as an ongoing threat for the Titans was goal 1a and 1b, but Donna, and Steel in particular, could have done more. I feel confident that they will get sufficient spotlight in this run, but it is disappointing not to see more of them early in this run. I was out of comics when Natasha Irons took over the hammer, so I know next to nothing about her time as Steel. I’d like to learn more about her. Same with Donna. Her history is such a convoluted place, this is a good time to establish what to expect from her (to be fair, she had a bit of a moment in issue #23).

All in all, this issue was just ok. It tries to do a lot of things, so other things suffer for it. If this run can capitalize on the things it is building in this issue then this could be a fun time for Titans. – E. Chad Metz 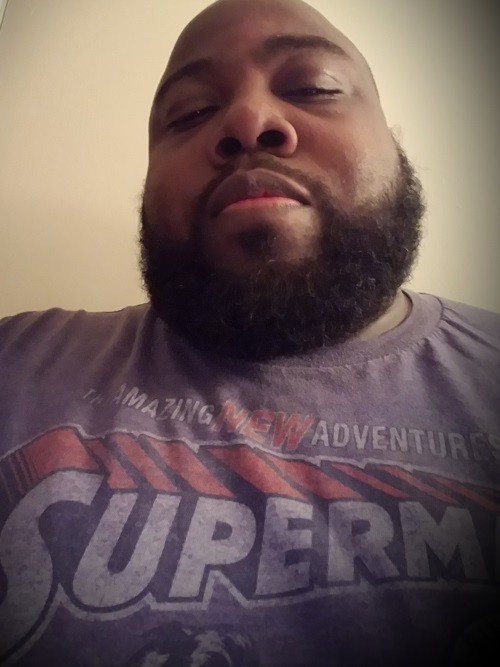 E. Chad Metz is a lifelong lover of all things comics. While Superman is his go-to character, his love for Batman runs deep. Chad thinks Batman: The Animated Series is the best interpretation of the character ever, and the best animated series of all time. Even though Bruce is great, Tim Drake is Chad’s favorite character.

Chad co-host the Movies on the Brain podcast, which goes deep into all nerdy genre movie news, and occasionally moonlights as writer of movie news.

Chad resides in Baton Rouge, LA, where he works and cheers for his LSU Tigers.