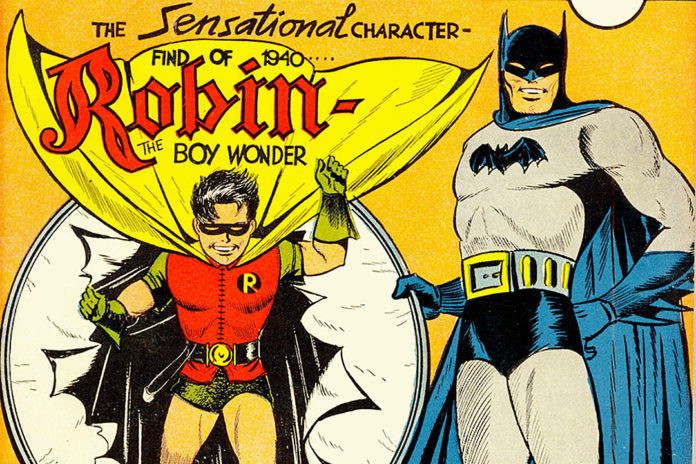 Jerry Robinson co-created Robin with Bill Finger, a concept totally different for a sidekick for Batman than the one originally suggested by Bob Kane, “Mercury.”

Jerry showed me his original hardback copy of N.C. Wyeth‘s book ROBIN HOOD and pointed out to me how he took the design of Robin‘s costume directly from the Wyeth paintings in that book. – Michael Uslan 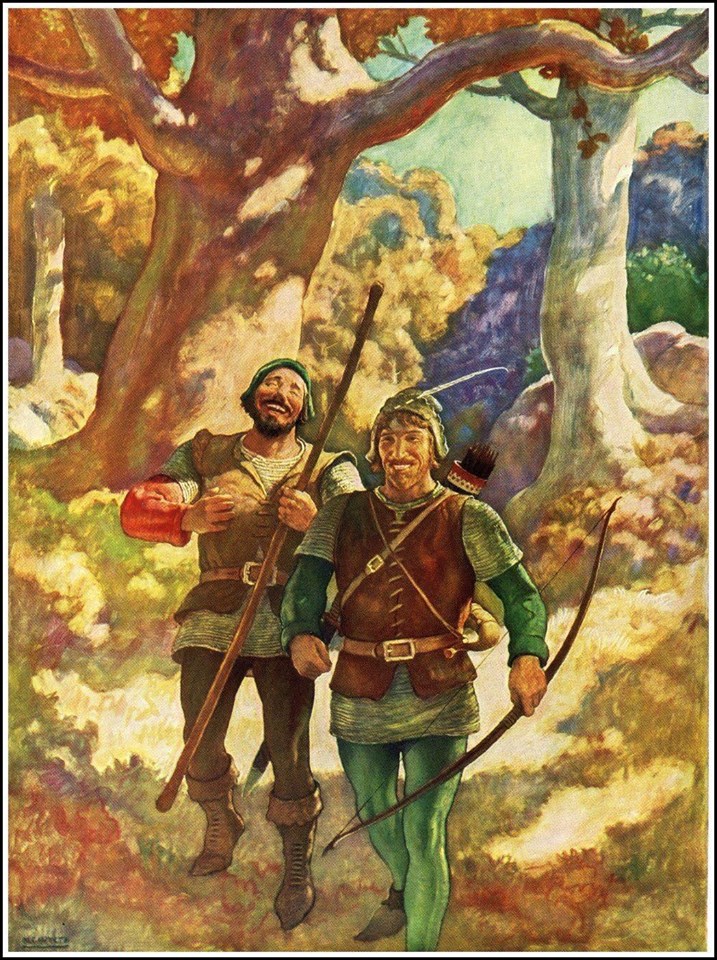