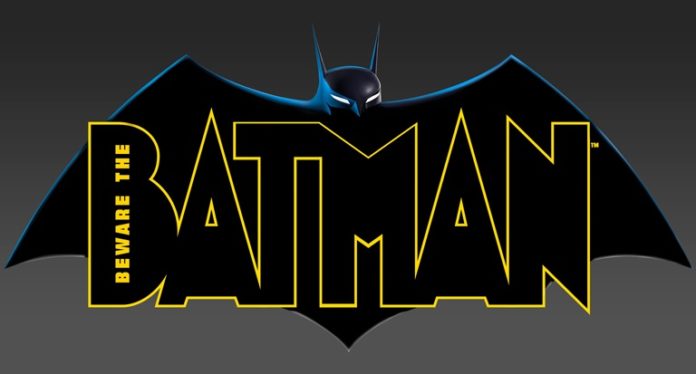 Did you guys know that there’s a brand new Batman animated series premiering this week?!

If you’re unaware, let me jog your memory — it’s called BEWARE THE BATMAN.

It’s the fully CG-rendered series that seems like it’s been in development forever, features a younger Batman and his female sidekick, Katana, along with a gun-toting Alfred. In my opinion, it’s pretty understandable if none of that sounds quite like your cup of tea.

But is that enough reason to dismiss the show from the start, before it even airs? Haven’t we learned by now that there are enough reasons to not jump to conclusions too quickly and judge a new Batman series by its own merits? And heck, some of these so-called “detractors” might just end up being good things when you stop and think about it.

The fact that the show uses computer-generated animation is actually pretty intriguing. While I’m a huge fan of traditional 2D animation, we have yet to see an animated Batman series take the jump into the third dimension. The extremely underrated Green Lantern: The Animated Series proved to me that this kind of art style really can work if it’s in the right hands. While Green Lantern was set in space and really nailed a sci-fi look, I can see the dark, noir world of Gotham really working if the creative team has put enough thought and effort into it.

As far as sidekicks go, I know that some folks prefer their Batman “solo.” And if The Dark Knight must have a crime-fighting partner, some of us have a favorite Robin (mine’s Tim Drake).

What’s the point in that? Keep in mind that BEWARE THE BATMAN will not be the first animated series to introduce a female sidekick before Robin comes into the picture (in THE BATMAN, Batgirl came first). In this new series, I expect Katana to be a seasoned fighter, but not so seasoned in her morals. Hopefully, this character will cause Batman to question and strengthen his own skills and identity as a crime-fighter.

And that brings us to Alfred. Why is he using guns and how can Batman be OK with it!? Apparently, the early promo image of the gun-toting butler was released prematurely and isn’t completely indicative of the character we’ll see in the show. Still, I wouldn’t mind if the show’s creative team took more of a BATMAN: EARTH ONE approach to the character. If they do, we can expect to see Batman be more at odds with Alfred’s views on crime-fighting. At the very least, I’m hoping for an Alfred who can both guide Bruce Wayne and allow him to go down his own path.

With all this hero talk, I almost forgot about the villains!

If there’s one thing about this show that I’m really excited about, it’s that it hasn’t taken a cookie-cutter approach to its villains. We’re not going to get the classic rogues gallery from the outset.

The creative team is planning on using popular characters from more current eras of Batman’s comic history, and they’re also revitalizing some underutilized characters. Professor Pyg, Anarky, and Magpie are slated to appear early on in the season, and we can expect even more surprises down the line.

Another bonus to this approach is that when a classic Bat-villain like the Joker does show up, it’s going to be serious. Additionally, villains that could work better as one-shots (like Mr. Freeze) might get their chance to shine.

When you think about it, we’re really in this incredible period of Bat-History where so many different versions of the character can happily co-exist.

We recently finished the experience of THE DARK KNIGHT TRILOGY on the big screen and the full run of BATMAN: THE BRAVE AND THE BOLD on TV.

The ARKHAM series of video games have been among the best-licensed games ever made.

And on the comics side, we have both the revitalized Batman of the ‘New 52” and the comic book reboot of the 1960s Batman TV show going on at the same time!

My bottom line is this: there’s enough “Batman” out there right now for just about anyone’s taste — unless you’re one of those “fanboy” types who won’t be satisfied with anything.

Don’t be “that guy” who missed out on the experience of a new Batman series because you were convinced you wouldn’t like it before you saw it. Look no further than Jett’s own op-eds on THE BATMAN and BATMAN: THE BRAVE AND THE BOLD (He LOVED them, BTW) to show that you should give this new series a chance NOW before you regret it later.

While BEWARE THE BATMAN may not be YOUR Batman, it IS going to be someone’s first experience with the character. So go ahead and give it a shot.

Who knows? You just might enjoy yourself. – Ryan Hoss