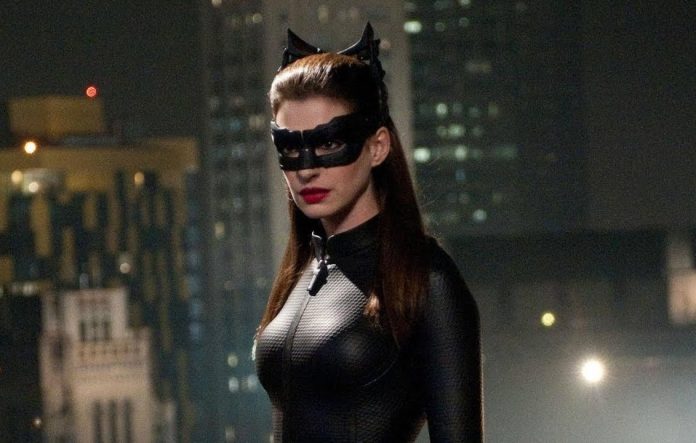 Anne Hathaway has every right in the world to raise her middle finger and say “F-You Haters!” But she’s too nice and classy of a person to do such a thing.

There was A LOT of BS directed her way by that small, but vocal, segment of fandom simply because Chris Nolan cast her as Selina Kyle/Catwoman in THE DARK KNIGHT RISES. These individuals said very “smart” things like…

“She’s not pretty enough to be Catwoman!”

“The studio made Chris Nolan cast her!”

Enough already with this nonsense!

She was Nolan’s CHOICE.

And the suit looks AWESOME!

Below is my Q&A interview (done roundtable style with other members of the press) with Anne Hathaway on the Pittsburgh, PA set of THE DARK KNIGHT RISES in June of 2007 at Heinz Field and she was accompanied by her dog.

Are you happy to be able to finally talk about the movie?

ANNE HATHAWAY: I’m happy to be able to talk about the movie as much as I can. Obviously a few secrets are out now so I can discuss certain things, but quite a few things are still under wraps. 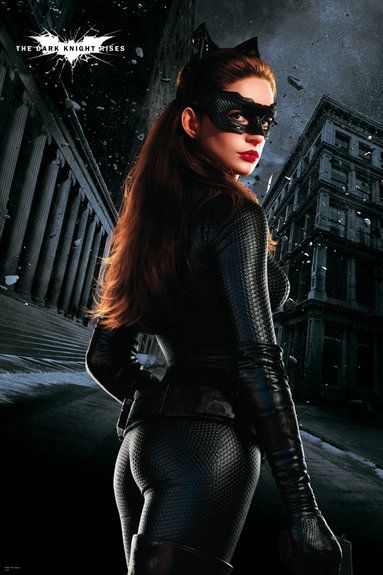 Can you talk about stepping into the shoes of such an iconic character? How does it feel to be Catwoman?

AH: Well the first thing you have to say is what an honor. It was funny for me because when I got my start — I kind of got my big break with THE PRINCES DIARIES — and during the press rounds for that everyone asked me: “Did you always want to be a princess growing up?” And the truth was, no I wanted to be Catwoman! And I think a lot of women feel that way. And the fact that I am actually playing her is such a dream come true. It’s such a pinch-me moment. And the fact that I’m Catwoman in Chris Nolan’s Gotham to Christian Bale’s Batman is unbelievably cool!

When you got this role, what did Chris [Nolan] tell you about not letting any secrets out?

AH: It’s sort of implied that everything is meant to be kept under wraps. The production isn’t called “Batman,” it has another name. When I first read the script, I couldn’t take it home with me, I had to read it in a locked room. OK, maybe the room wasn’t locked, I could be adding that for dramatic effect! (laughs) 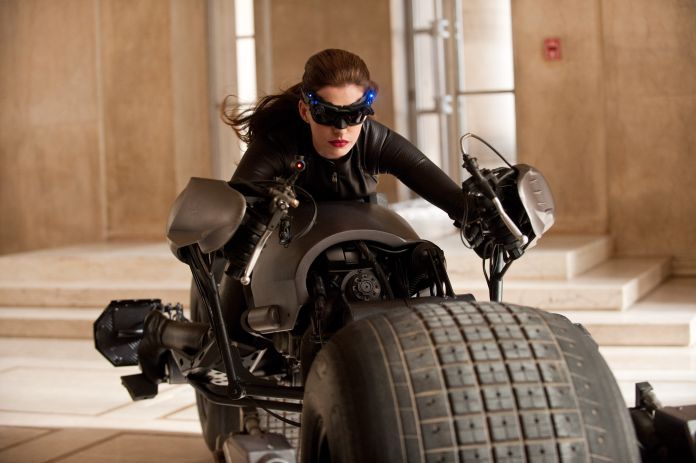 How do you learn your lines if you can’t even take the script home with you?

AH: I read it through once really fast and I went back and read over all of my scenes and tried to memorize them as much as I could. It’s cool — you can call Chris and ask “What is this scene about again?” Eventually, you do get a copy of the script. But everything is done with the utmost secrecy. When I screen-tested, I took the sides [“sides” are scripts used for auditions] home with me. It was really awkward because the producer had to hunt me down to get the sides back so that they could be destroyed! So it’s implied that this should be treated with a certain amount of secrecy — which is great because I think it is so much more fun to discover it in the movie theater when there is so much anticipation about the movie. I’m excited for people to discover it when it’s all pieced together the way Chris wants it.

What has been the physical challenge of this role for you so far?

AH: I’d always thought I was pretty healthy and I always thought I had worked hard in the gym and it turns out that what I thought was hard is actually light to moderate in Catwoman’s world! I’ve had to ratchet it up a notch! I have the most incredible stuntwoman in the world and she got me and the character to another level. 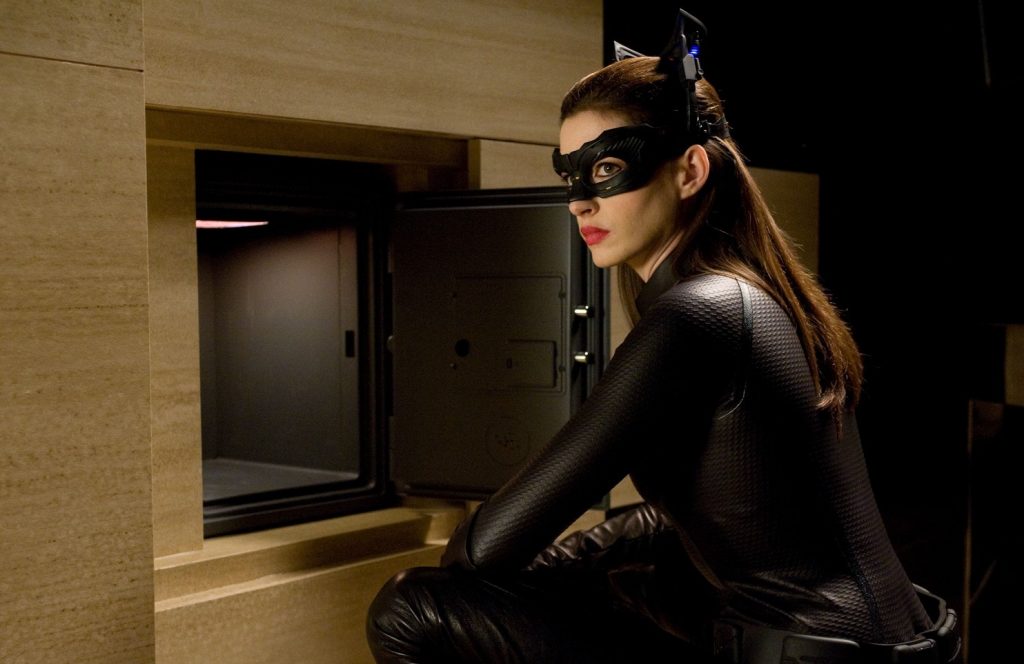 After Christian Bale, you are the most high profile person in the cast. Is this movie going to be important for your career?

AH: Obviously Christian is Batman and it’s the Batman series and he’s the star of it. One of the things that I love about working with Christian and this franchise is that it does feel like an ensemble each time. Christian is the leader of the actors and he is so lovely so I haven’t really thought about it to be honest.

How does it feel to be Chris Nolan’s first cool female action hero?

AH: I didn’t realize I was the first and I feel a little nauseous! (laughs) I couldn’t feel more privileged to walk on the set every day. I’m the most annoying chipper person because every day I walk on set I just want to do backflips at how happy I am to be here. I would have played street cop number three if it meant getting to work with Chris Nolan but I get to play Catwoman! (laughs) I hope I don’t let him down.