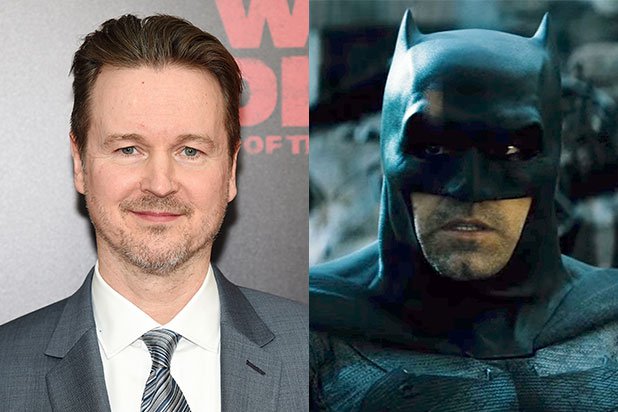 Let me preface by saying the following should be considered nothing more than RUMOR right now.  This isn’t like when I reported back in May of last year that JUSTICE LEAGUE was going through two-plus months of significant re-shoots. (And I TOLD Y’ALL it wasn’t rumor but fact, didn’t I?)  With that said, here goes…

I have been told by an old “Friend of BOF” (FOBOF) that Matt Reeves’ Batman film will be its own thing.  In fact, it might be released under that new and yet unnamed banner at WB that will feature DC films that are not “canon” (i.e. “in-continuity”).

If this is true, then that adds validity to the reports that Reeves wants to start fresh and cast his own Batman/Bruce Wayne.  And to be perfectly honest, if I’m Reeves, being able to do what I want to do and not have to mold my Batman on film vision to what came before — tonally, continuity-wise, and aesthetically — would be the only reason I would take the job.

But that ain’t all folks!

This FOBOF also told me that there’s a chance — albeit a very small one — that Ben Affleck could be given a “last hurrah,” so to speak, in FLASHPOINT (if it gets made) or even SUICIDE SQUAD 2.  Of these two, it seems that SS2 is indeed going to happen and will actually begin filming at some point later in 2018.  I do know for a fact that there’s a role for Affleck’s Batman in FLASHPOINT, but I’m not holding my breath for it to happen quite frankly.

What do I think of this?  I think that the fine folks at Warner Bros. are currently looking at a multitude of options for not only Batman, but DC on film going forward.  Perhaps Reeves’ Batman movie ends up being “canon” when its all said and done.  Maybe Ben Affleck does get his “graceful and cool way to segue out” of playing Batman via an extended cameo in one of these two films (though I think it’s best to move on from Batfleck).

Again, all of this should be taken with a grain of salt and considered RUMOR for now.  Regardless, it’s interesting and definitely worth discussing.  Scroll down, find the latest BOF “Bat-Poll” and vote, as well as post your thoughts in the comments section below! – Bill “Jett” Ramey