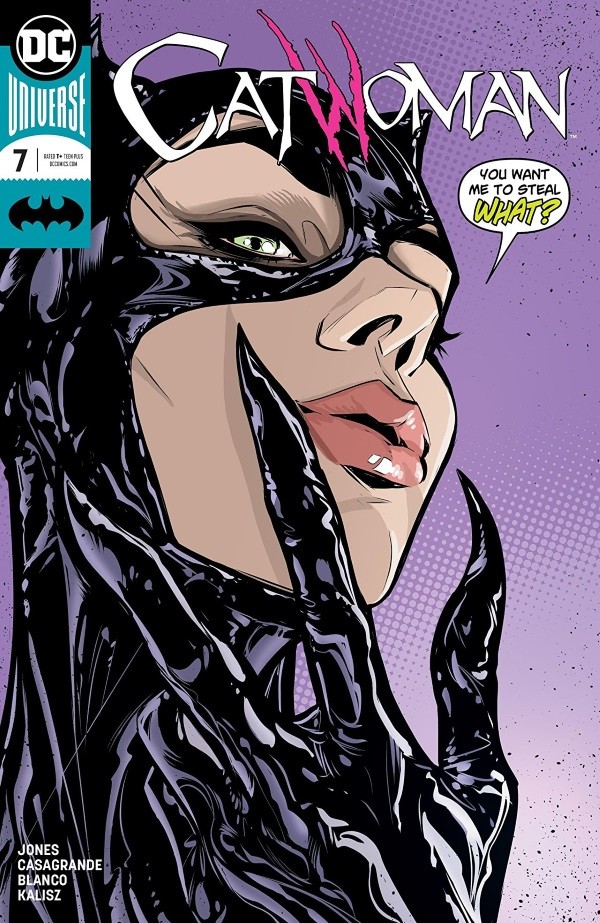 SYNOPSIS: What’s a cat burglar to do? When things went bad for her in Gotham, Selina Kyle picked up stakes and moved to set up a new life in Villa Hermosa. Things went about as well as they could for an international super-criminal, particularly now that Catwoman has established herself as a major player in her new town. Too bad the past always has a way of catching up with you. Gotham comes to Catwoman in the form of the Penguin, fresh from his most recent tussle with Batman, and he’s not just looking to horn in on Selina’s new scheme; he comes bearing hot goss about everything—and everyone—Selina tried to leave behind.

The Cat vs. the Bird.

A new, two-part story begins in this month’s Catwoman #7. Following an odd opening, this issue gets right into the next arc. Titled “Something Smells Fishy”, Villa Hermosa welcomes a new guest from the United States; the Penguin. Playing everything close to the chest, he settles down inside an aquarium, while a festival gets bombed multiple times just outside the doors. Catwoman springs into action, seeking justice on a few thugs before coming face to face with the real villain at issue’s end.

Joelle Jones remains in charge of this book’s story, and man does it fly by. Each month, I’ve said this book moves at a breakneck pace and nothing has changed here. For me, I appreciate this style, as opposed to constant long, deep inner monologues mixed with excessive dialogue. Jones keeps this beast moving right along, and at no point am I bored or over it.

Art duties are split this month between Elena Casagrande & Fernando Blanco. I like their work. Every panel is bright, but they aren’t afraid of shadows. Everyone has a distinct outline and strong faces. There also happens to be a wider variety of colors used here than issue’s past, which I dug. However, nobody draws a book like Joelle Jones so I’m looking forward to her return to the pencils.

Overall, Catwoman #7 is an entertaining comic book. It may take you 10 minutes to read, and you’ll have a good time. It won’t change your life, or have you thinking it over until next month. But, it’s about as comic-booky as a comic book can get. – Ryan Lower