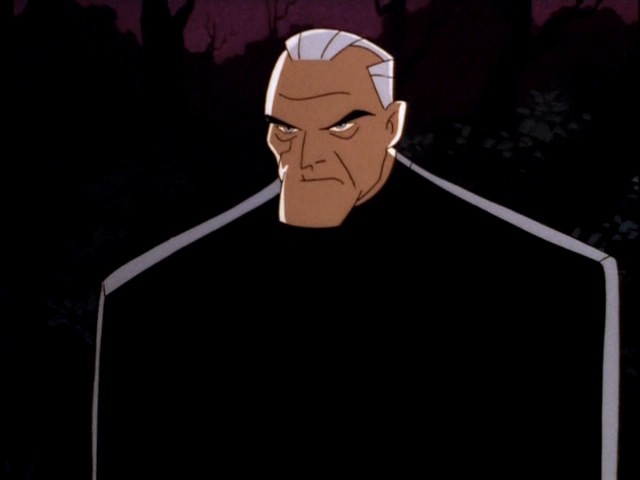 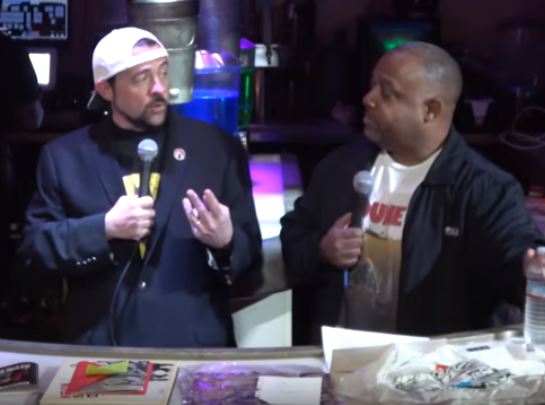 Via his FATMAN BEYOND vlog/podcast, writer/director/Batman fan Kevin Smith says a BATMAN BEYOND film would make a billion dollars…if Michael Keaton returned as the aged Bruce Wayne.

When co-host Marc Bernardin reminded Smith that 2019 marks the 20th anniversary of the animated BATMAN BEYOND TV series, Smith responded by saying, “They should do this as a live-action movie, today.”  Bernardin then suggested that WB get Michael Keaton to play Bruce Wayne, and KS responded with the following…

What you just witnessed was my c** face. That would be f****** amazing. Could you imagine? Oh my God…that movie makes a billion, right there man. If…Michael Keaton’s coming back [in a Batman movie], people [would be] like ‘how is that possible’ and you’re like ‘because he’s Batman Beyond B****!  And people are ‘oh f*** we wanted this our whole lives!’ This is f****** good and I am down with this. When can we go? 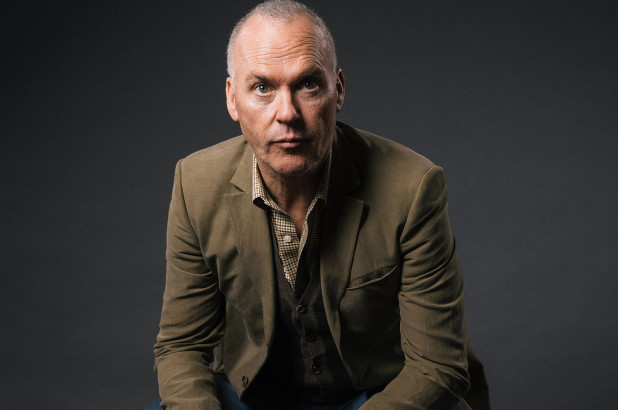 For one thing, Michael Keaton, at 67, is actually too young the play an elder Bruce Wayne.  Bruce in BATMAN BEYOND is in his 80s.  Of course, he could play older than he actually is, so that might not be an issue I suppose.

Another thing to consider is that I’m not sure Keaton would want to reprise the role of Bruce Wayne; especially if Tim Burton isn’t directing.  Maybe Burton wouldn’t be interested in returning to Batman on film, but maybe he would.  However, I don’t see a sci-fi spectacle that would take a lot of CGI/special effects a type of film that would be up Burton’s alley.  But you never know I guess.

Personally, I’d love to see a BATMAN BEYOND movie.  I envision it something akin to the original BLADE RUNNER aesthetically.  If Keaton and Burton wanted to team up and do it as a one-off, let ’em have at it I say.

I wouldn’t mind seeing what George Miller could do with a BATMAN BEYOND movie starring Clint Eastwood as the octogenarian Bruce Wayne.

What do you think of a potential BATMAN BEYOND movie?  Post your thoughts in the comments section below! – Bill “Jett” Ramey