When it comes to Batman — and DC Comics — on film I’m not a fan of a shared cinematic universe.

I love me some DC movies, but I prefer that each is its own thing and they exist in their own worlds.  I’ve said that for years here on BOF, so if you’re a longtime reader, you know this is nothing new.

Yes, I know a lot of you who follow this site and who are reading this right now feel otherwise and I very much respect your sensibilities.  But again, what works in comics doesn’t always translate or work in a live-action film, as they are two different mediums.  LIKE… 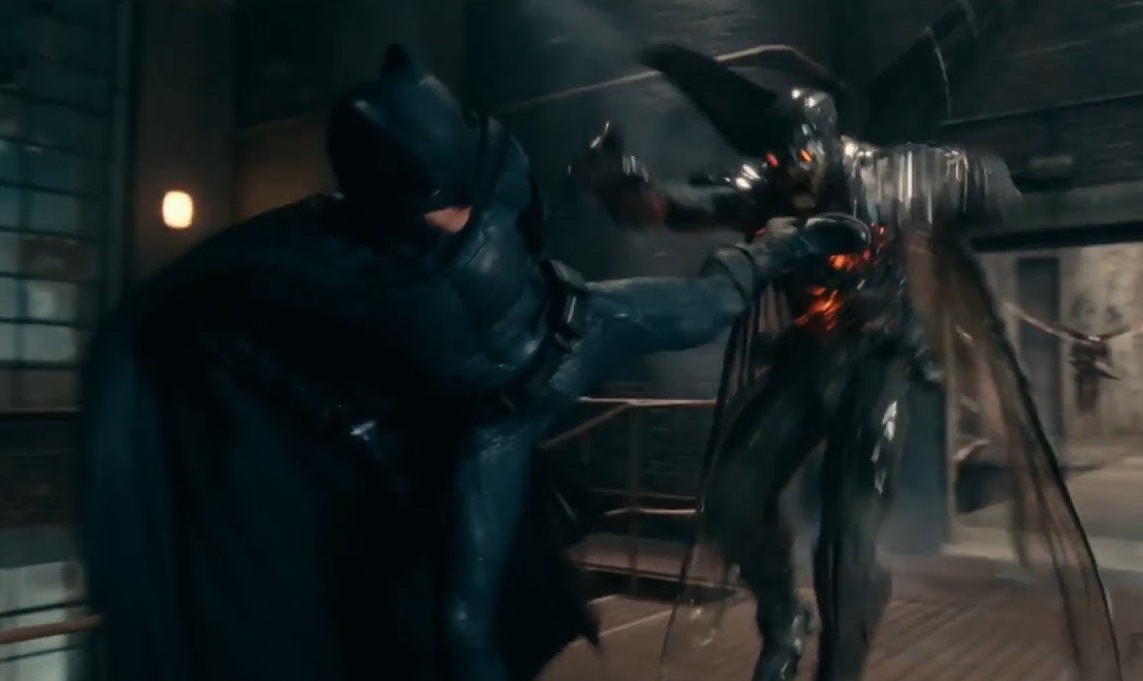 Batman fighting Parademons and stuff such as that. (And it’s probably not worth mentioning how insignificant/useless The Dark Knight became in BvS once Doomsday showed up, so I won’t.)

Since the name of this site is “Batman on Film,” it’s pretty obvious that The Dark Knight is my favorite superhero.  In fact, I don’t remember a time when I didn’t love The Batman.  Thus, my primary concern here on BOF is what is BEST for my beloved Batman when it comes to his wonderful escapades on celluloid (or digital, of course, nowadays).

Bottom line, I think — no, I wholeheartedly believe — that live-action Batman on film works best when he’s grounded and relatively realistic as possible.  I won’t get into how ridiculous Batman looked alongside Parademons, New Gods, and the like in JUSTICE LEAGUE, but I will.  He looked embarrassingly ridiculous.

And let’s be honest, shall we?  WB’s attempt at a shared universe was a total and complete failure.

With that said, I also very much care about DC on film.  I grew up a DC fan via Batman and count many DC characters (Superman, The Flash, Green Lantern, The Spectre, Deadman, Captain Marvel/Shazam, The Jack Pine Savage, et al) amongst my favorites.

I want to see many, Many, MANY awesome live-action films based on DC Comics characters going forward.  However, I agree 100% with Mr. Toby Emmerich — Chairman of Warner Bros. Pictures Group — when he recently said the following in an interview with THE HOLLYWOOD REPORTER…

Historically, the Marvel playbook IS different than the DC playbook.

Marvel Comics was created with the idea that all of these characters co-exist and live in a singular universe centered in New York City.  On the other hand, DC’s characters came to be via individual creators without the intent of a shared world.

A very wise man once explained to me the difference between DC and Marvel: Marvel is a unified Kingdom, whereas DC is a feudal society where lords and their vassals operate successfully independent…or something like that.

In fact, Mr. Emmerich himself noted the difference between the two when he said that Warner Bros. was “playing by the DC playbook, which is very different than the Marvel playbook.”

Furthermore, Emmerich pledged to get back to doing frankly what Warner Bros. does best when it comes to DC on film: Hiring strong filmmakers for these DC films with a vision and passion and letting them do their thing.

Marvel doesn’t do that. 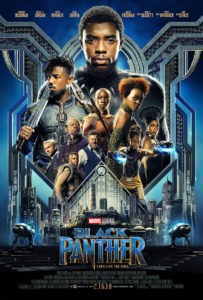 Yes, they’ll get a Ryan Coogler on an MCU film (in his case, BLACK PANTHER) from time to time, but it’s still a producer-driven operation.  No matter how “standalone” an MCU movie is — some more than others, yes — the cinematic universe is still more important, and the director must play in that MCU sandbox.

Look, there’s nothing wrong with the way Marvel Films (Mr. Feige) runs the MCU.  In fact, I’ve liked — and on occasion, even loved (BLACK PANTHER) — most of these films, and it works for them quite well.

Instead of trying to get their version of THE AVENGERS (i.e. JUSTICE LEAGUE) ASAP, and duplicate (badly), they should’ve kept on keeping on with what worked (very well) for them with THE DARK KNIGHT TRILOGY: The director-driven approach.

Hell, it is — as Mr. Emmerich pointed out — in their friggin’ DNA.

Eventually, the fine folks in Burbank figured it out.

“If you had to say one thing about us,” Emmerich said, “it’s that it always has to be about the directors.” 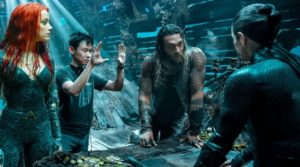 AQUAMAN made over a billion dollars worldwide.  And while it technically exists in a cinematic universe with other DC characters (thanks — or maybe not — to BvS and JL), director James Wan took the gig because he was allowed a lot of creative control.  Thus, the end product is first live-action DC movie from WB since THE DARK KNIGHT RISES (though I would and could argue it’s MAN OF STEEL) that was both director-driven and standalone.

(Yes, there was some studio/producer meddling/input with AQUAMAN, but keep in mind that it was conceived and produced under the old DC on film regime at WB.  And those folks now be gone because of BvS and JL.)

It took a little while and a few failures (BvS, JL) for Warner Bros. to re-figure it out and return to the way they’ve been most successful (though some wise folks and a nobody online blogger had LONG advised it was the way to go).

Pattinson Talks THE BATMAN with TODAY and EW