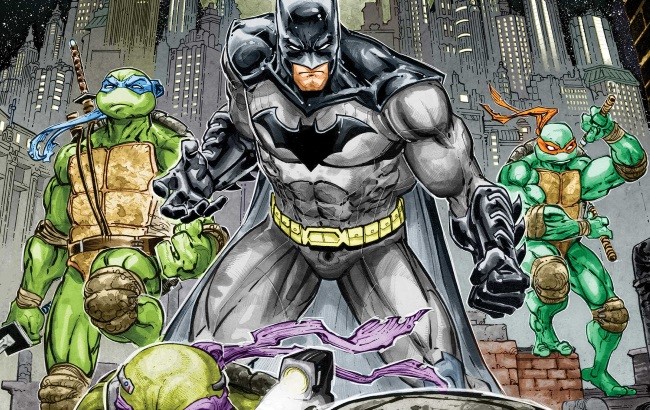 Via an exclusive to SYFY.COM, BATMAN VS. TEENAGE MUTANT NINJA TURTLES animated film is coming this Spring.

According to the report, the movie will be based on the BATMAN/TEENAGE MUTANT NINJA TURTLES comics miniseries by James Tynion IV and Freddie Williams II.  It will see the turtles meeting Batman and feature our heroes teaming up to face Batman’s deadly rogues’ gallery.

As this announcement was exclusive to SYFY.COM, head on over there for the full details — including the first publicity pic for the movie (which isn’t what you see above, FYI).