UPDATE #4: Armie Hammer responded to the rumor and says he has yet to be approached.

UPDATE #3: Borys Kit from THE HOLLYWOOD REPORTER says there is no truth to the story referenced below.

UPDATE #2: Justin Kroll from VARIETY is calling the report referenced below false.

UPDATE #1: Umberto Gonzalez from THE WRAP is saying the report referenced below as is not true. 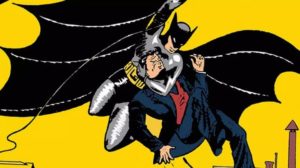 I tweeted that out about 2 weeks ago and since, I’ve done A LOT of Armie Hammer dropping on social media and on BOF, if you haven’t noticed.

Well, there are 2 reasons.

One, Armie Hammer is my personal top choice to be the new Batman on film.

Yeah, I’ll come clean on that.

I can’t think of a better choice who is the right age, physically-suited for the role, and — most importantly — a damn fine actor.

Also, I’ve been hearing whispers for a while now that AH was a possibility.  Nothing concrete enough for me to run on BOF, but…well…let’s say the whispers were kinda loud.

Now, REVENGE OF THE FANS is reporting that Hammer is in “advanced talks” to become the 9th actor (counting the two 1940s serials and, of course, the late great Adam West) to don the iconic cape and cowl of Batman in live-action up on the big screen. 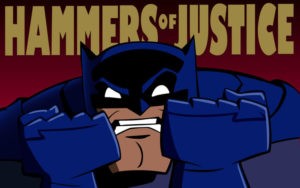 BOF’ers, at this time, I cannot confirm this report…but I can’t debunk it either.

All I can say is what I said above: I’ve been hearing the AH was in the mix.  Additionally, I checked in with one of my longtime well-connected FOBOF who says they’re hearing some strong Hammer/Batman buzz today as well.

Could be legit, or it could be nothing more than industry scuttlebutt.

What’s crazy is that Hammer was actually cast as Batman/Bruce Wayne over a decade ago (a story that BOF broke back in 2007) for the almost, but never-made, JUSTICE LEAGUE: MORTAL.  He’s also stayed away from these sort of genre films since THE LONE RANGER, opting for smaller and less-mainstream type of films.

If he indeed signs up for this project, then it would tell me that he believes in the script and director Matt Reeves’ vision for the film and Batman.

It also would tell me that this version of Batman on film will have nothing to do with Ben Affleck’s incarnation of the character from BATMAN v SUPERMAN and JUSTICE LEAGUE.  There’s simply no way in heck that an actor of his caliber would sign on to “take over” a role established by another actor — even if it’s a prequel.  No, he’ll want to be his own Batman and a totally different version of the character.

Keep in mind that this isn’t a done deal and may not ever hapen, so stay tuned and we’ll see how this plays out.

Head on over to ROTF for the full report.

I haven’t got a conga line going yet, but if this goes down, I’ll let y’all know so you can join…and it may be my biggest one yet! – Bill “Jett” Ramey