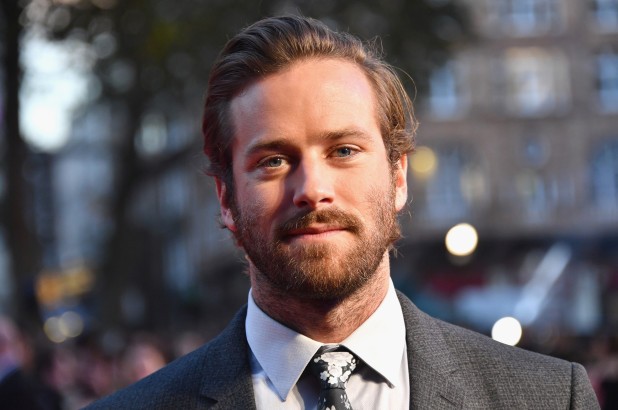 Via an interview with MATLIN ON MOVIES (by way of /FILM), the Batman on film Hammer was cast to play (BOF broke the story back in 2007) in the never-made JUSTICE LEAGUE MORTAL was supposed to be pretty F’ed up.  Here’s what he had to say…

I wanted this Batman character to be so dark I was like look, no one — and this was George’s idea as well, this was really in the script — but no one ever really shows how truly psychotic this man has to be. Like this is a guy who chooses to put on a costume, in all black, and sneaks around at night and beat the sh*t out of people.

I’d say that Batman in BATMAN ’89 and in JUSTICE LEAGUE was pretty F’ed up too.  But anyway, here’s more of what Hammer had to say…

Bruce Wayne was the mask that you never really see. I’m probably not supposed to be talking about this, but they took the job away so whatever! So even in times when he would be sitting around, like let’s say he had his Batsuit off and all that, he would be sitting down with the thing, looking at the thing with the cowl on, because that’s where he felt the most comfortable in his own weird, twisted way. He was a neurotic, like borderline schizophrenic dude who didn’t trust a single person, including anyone in the Justice League, and had all the dirt on every single one of them, and was ready to take all of them down at the snap of a finger.

Hammer was really young — like 21, 22 or so — when he was cast as Batman by George Miller for JLM, so I don’t know why this younger version of Batman would already be so jaded/nuts.  But of course, maybe he was F’ed up from the beginning.

While I believe that JLM would’ve been a better Justice League film than the one we got last year (JUSTICE LEAGUE), I’m glad that it never came to be.  Having this version of Batman on film co-existing at the same time as Christian Bale’s wouldn’t have been a good thing.  It didn’t happen, so whatever I guess.

However, I’d take Armie Hammer as Batman in Matt Reeves’ THE BATMAN in a second.  He’s a fine actor, first and foremost, and he’s also physically suited for the role. – Bill “Jett” Ramey