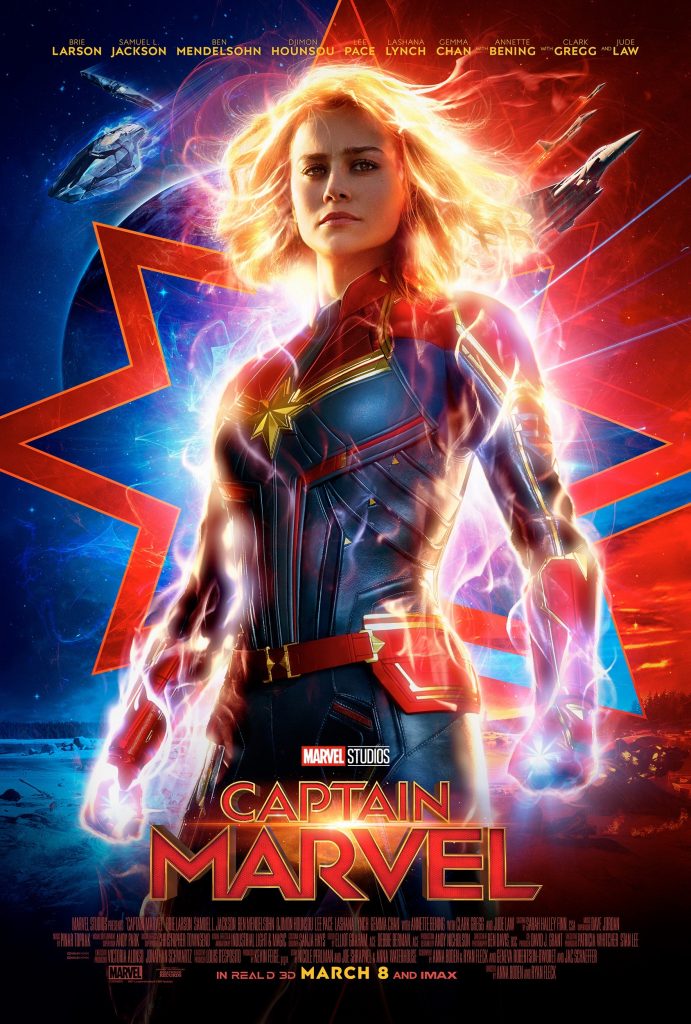 Captain Marvel opens with Brie Larson’s character in the midst of a nightmare, seeing flashbacks of a forgotten life. She is, at this moment, Vers, a member of an elite military unit called Starforce. The Kree race is engaged in an intergalactic fight with the Skrulls, and yes, Vers identifies as Kree.

Wondering where Captain Marvel is?

You’ll get your origin story, you just have to wait a bit.

(By the way, the name Captain Marvel is never used in the film!)

We’re obviously not on Planet Earth, or Planet 53 as the Kree know it. Vers  (Larson) believes the Kree to be a race of warrior/heroes, and she is in training to solidify her place as a Starforce warrior. She also knows that she had a previous life, which she can’t remember, and that she was saved from death by the Kree and transfused with their blood. This altered her by giving her superpowers and a mentor to teach her how to use them.

Jude Law plays Yon-Rogg, commander of Starforce. His main goal is to get Vers to use her brain over her heart and to stop making decisions based on feelings. Getting rid of your emotions is certainly a familiar motif in science fiction, but somehow, you just know it’s not going to work with Vers.

The Skrull, the enemy of the Kree, are a gargoyle – looking bunch, but they’re shapeshifters, so they often appear as various kinds of humans.

Ben Mendelsohn plays the Skrull leader, Talos. He deserves kudos for enduring 2 hours of make-up application each time he appears in his character’s true form.

The current confrontation between the 2 alien races takes them to Planet 53 where it’s the mid-90’s. Viewers will enjoy all the 1990’s era references, not to mention the music. One of my favorites, Gwen Stefani’s I’m Just a Girl, plays at just the right time!

Vers crashes through the roof of a Blockbuster in a strip mall that also includes a Radio Shack. A stunned security guard watches in awe as she walks out into the parking lot in her shiny suit. Her powers have transformed her forearms and hands into a photon blaster, plus a nifty, holographic computer that appears, more or less, at her wrist.

Of course, the security guard calls the cops, and along with them comes Shield Agent Nick Fury (Samuel L. Jackson). Agent Coulson (Clark Gregg) also makes an appearance. Both actors have been digitally de-aged. I worried about that appearing cheesy, but it works.

The Kree are ruled by a Supreme Intelligence, which appears to individuals as the person they most admire. Oh, that A.I.! Vers has always been confused because she can’t remember the person who appears to her, Dr. Lawson (Annette Bening}. Now that she’s on Earth, Vers knows she had a life here, and slowly begins to remember it, albeit piecemeal. Fury decided almost immediately to help her – a good thing since she’s being sought by authorities on Earth and Yon-Rogg.

RELATED: “The Taxonomy of Captain Marvel“

In time, Vers slowly begins to remember her life as Carol Danvers.  I won’t reveal how all of this works out, but I will say that many people – and situations – are not what they seem to be.

Brie Larson does an adequate job as Carol/Vers, but she lacks the intensity to really pull it off. She spends a bit too much time musing to herself, quietly, when action would have been preferable.

Jude Law starts off strongly, but detours into caricature later in the film.

Samuel L. Jackson is right on target, as is Annette Bening.

Of course, as is the case with any action/fantasy, there’s plenty of CGI. It’s done effectively although no new ground is broken. Carol/Vers does end up with some VERY superpowers.

Thematically, the film is somewhat tired. It relies on ideas like “be yourself” and “seize your power” to flesh out the main character. That’s the sort of advice that’s supposed to empower women, but it falls flat in this case.

Be sure to stay through all the credits since there are 2 post-film “previews”.

Captain Marvel is entertaining and worth seeing even though it lacks energy in some places. The narrative could have been tighter and produced a more sustained line of action. I liked it, but it didn’t knock me off my feet. – Jo Hyde