BURBANK, CA – (March 7, 2019) – To mark the 80th anniversary of Batman, DC today unveiled plans for a global commemoration of the World’s Greatest Detective.

Kicking off this March at SXSW, the multifaceted campaign for DC’s Caped Crusader will feature exclusive celebrations, special theatrical engagements, the milestone release of DETECTIVE COMICS #1000, live events and first-ever Batman brand partnerships. As fans join together under the campaign’s tagline of #LongLiveTheBat, DC’s timeless character will be honored through Batman Day in September when the Bat-Signal lights up in major cities worldwide.

First appearing as socialite turned crime-fighter Bruce Wayne in DETECTIVE COMICS #27 on March 30, 1939, the Dark Knight has stood as a symbol of determination, bravery and justice to generations of fans for 80 years. He has influenced every area of modern entertainment, appearing in countless comic books, Saturday morning cartoons, multiple television series, video games, theme parks and experiences, toys, collectibles, apparel and lifestyle products, as well as, blockbuster animated and live-action films. There have been Batman trading cards, board games and newspaper cartoon strips, and the U.S. Postal Service has even honored Batman with his own postage stamps. Batman is a multi-billion dollar icon who continues to reign as the most popular single Super Hero ever created.

To commemorate this milestone, custom artwork was created that pays homage to Batman’s legacy in all forms of media. The Batman profile pencil design is by beloved longtime DC artist José Luis García-López, and digital paint design is by Admira Wijaya. This graphic will be featured throughout the celebration.

DC will honor #LongLiveTheBat throughout 2019, including Batman’s 80th anniversary on March 30 and Batman Day on September 21. As part of this yearlong celebration, there are many ways fans can participate. 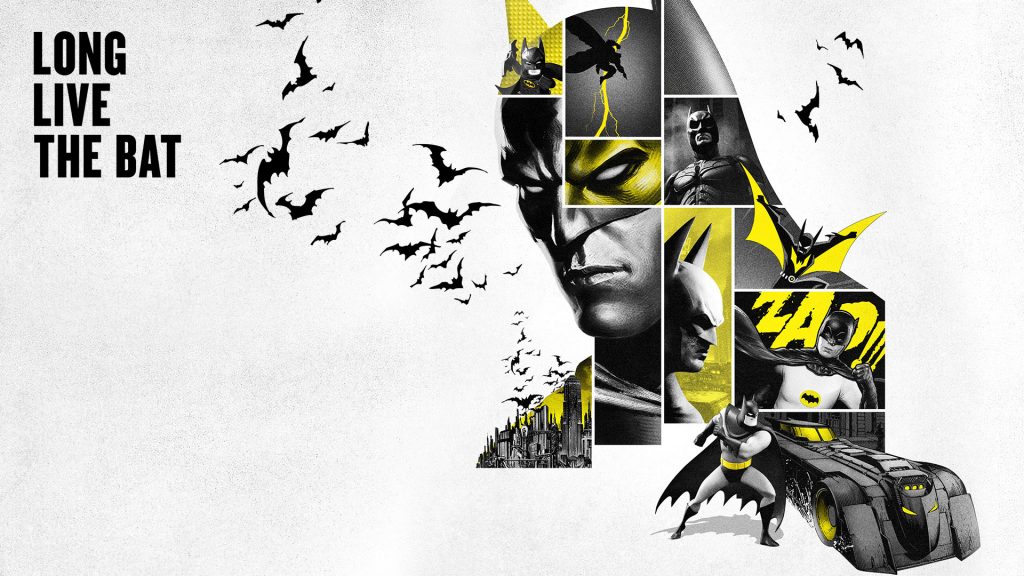 SXSW in Austin, Texas, will kick off the global celebration with multiple fan experiences, photo opportunities, limited-edition merchandise and Instagrammable mural by a local artist. SXSW will also set the stage for an incredible moment when more than 1.5 million bats fly into the night over Austin’s famous Congress Bridge on March 15.DC will celebrate Batman’s 80th anniversary with panels at major conventions, including a dedicated “Happy Birthday, Batman!” panel at WonderCon in Anaheim on the actual anniversary, March 30.

Generations of fans across the globe will gather together to honor the timeless hero on Batman Day, September 21. The Bat-Signal will light up in major cities worldwide, alongside a wide array of fan celebrations, including interactive photo opportunities, live music, food, games and more. Plus, fans will race across the finish line in their favorite Caped Crusader attire in a series of 5K and 10K runs in select cities.>Families can celebrate #LongLiveTheBat at multiple Six Flags locations across North America in August with extended hours, exclusive Batman-themed experiences and special merchandise. Warner Bros. theme parks across the globe, including Warner Bros. Movie World Australia, Parque Warner Madrid and Warner Bros. World Abu Dhabi, will host Batman 80thanniversary events.

In May, collectible art boutique MONDO will host a curated anniversary exhibit at its Austin gallery celebrating iconic Batman cover art throughout the years.

The global touring exhibition THE ART OF THE BRICK: DC SUPER HEROES will celebrate The Dark Knight with a special Batman edition, beginning this September in São Paulo, Brazil.

Designed for fans of all ages, visitors to Shanghai this summer will be treated to a first-of-its-kind special exhibit celebrating Batman.

AT&T will activate across retail, digital and DIRECTV, which will celebrate the anniversary with a Batman-branded channel. Plus, AT&T customers will get insider access through AT&T THANKS to Batman content, comics, merchandise, exclusive fan experiences and more.

Cartoon Network in the U.S. and key territories will host exclusive Batman themed programming and stunts for kids in March and September.

DC Universe—DC’s digital subscription service—will be celebrating in a big way with the promotion of Batman content in March and September.

Boys & Girls Clubs of America will join Batman in a first-ever partnership to celebrate kids, teens and youth development professionals who stand up for positive change in their communities. The campaign kicks off in April during National Boys & Girls Clubs Week.

In honor of military appreciation month this May, DC will partner with the USO, the iconic military support nonprofit, on a special Batman-themed USO2GO kit featuring comics, movies, TV shows, games and more. The kit will offer a fun diversion for service members stationed in remote locations around the globe, connecting them to home and all things Dark Knight.

Fans in the UK can join in raising awareness of Genetic Disorders UK by wearing an exclusively designed Batman t-shirt on Jeans for Genes Day in September.

WB and DC are also joining forces with an extensive list of retail partners, including Amazon, Barnes & Noble, Target, iTunes, Walmart, GameStop and Google Play, among others.

Global partners such as LEGO, Mattel and Funko will release exclusive Batman 80th anniversary products throughout the year.

Conceived by artist Bob Kane with writer Bill Finger, Batman is humanity’s timeless hero. And he’s just getting started. More details on the global celebration will be released in the coming months.

Fans can join in on social media using the hashtag #Batman80 and #LongLiveTheBat. Visit www.Batman80.com for the latest news and updates.