Please read the obit of the “MGM Lion” via THE HOLLYWOOD REPORTER to educate yourself on how important and awesome this man was.

I can tell you from what Mr. Uslan has personally told me many times, there wouldn’t be Batman on film as we know it today without Mr. Melniker.

With Mr. Uslan’s blessing, he’s allowing BOF to use his words to honor his partner, mentor, father-figure, and friend…

It is with such sadness that I tell you of the passing of my Batman partner, the legendary Benjamin Melniker (1913-2018).

“Legendary” is the only word capable of describing the man who started work at MGM in late 1939 and came to be known as “The MGM Lion” for his forcefulness in negotiating the deals for the studio while building his reputation for integrity at the same time. It was Ben who taught me, “The only thing you get to take with you when you die AND leave behind is your good name.”

In 1979, Ben believed in me and in my outlandish idea to buy the rights to Batman in order to show the world the TRUE” Batman as created in 1939 by Bob Kane and Bill Finger, a creature of the night who stalks disturbed villains in the shadows, in a series of dark and serious movies. Ten long years later, thanks to the relentless efforts of Ben, we succeeded, changed the comic book industry, changed the movie industry, and changed history.

He was my partner. He helped make my dreams come true. He was my second father. I always knew this day had to come, but after 105 years, I never thought it would.

“Benjamin Melniker.” Remember the name. He has left it behind for all the rest of us to aspire to. 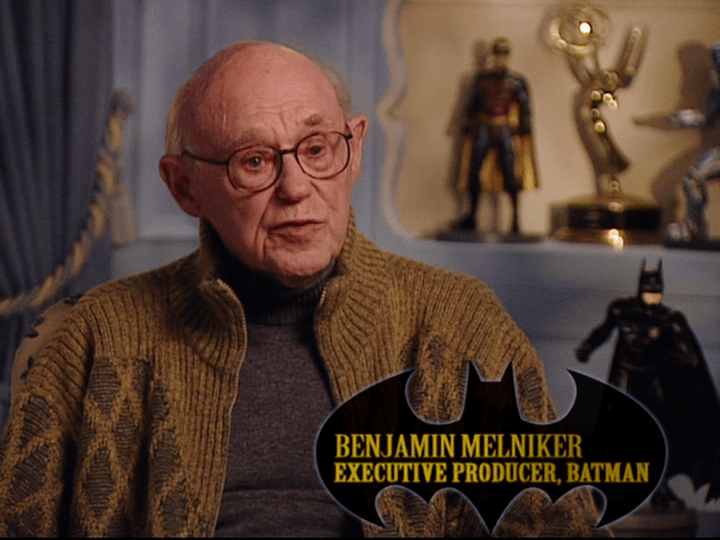