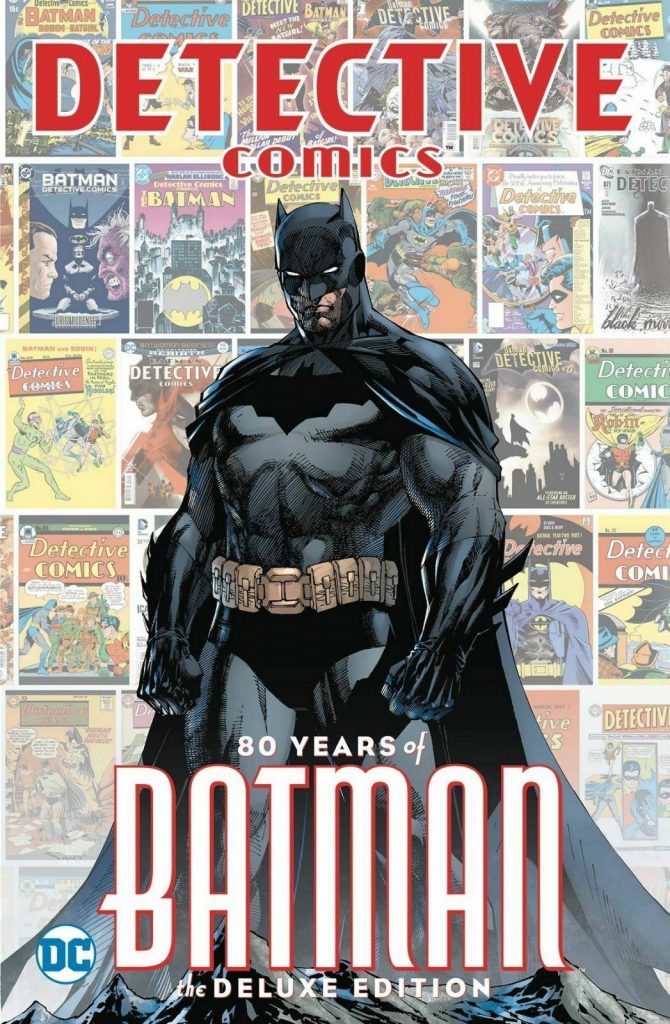 I’ve always had a question toward DC Comics.

Officially, I guess that’s correct. But unofficially, it stands for something else.

Much like Superman’s 80th celebration last year, DC is rolling out the red carpet for their other pop culture superstar, Batman.

And similar to last year, the company is going all out with a 400+ page hardcover book highlighting some of the most important, and influential, moments in the character’s historical career.

History is definitely the keyword here.

The book serves as a collection of many key characters, as you could probably assume. We get the first issue featuring The Dark Knight, Robin, Batwoman, Batgirl, Two-Face, The Riddler and even ol’ Bat-Mite.

But the book doesn’t stop there. We also get other classic issues (“There is No Hope in Crime Alley”), Detective Comics #20 (yes, there were issues before Batman) and even Slam Bradley. It’s an obvious, but also random, selection of comic stories assembled in one oversized hardcover.

But that’s not all.

Many of us die-hard Batfans were going to buy this book regardless, but some may feel disappointed when they realize they already own many of these issues collected in other books. The key addition here though, are the many essays from a variety of credible people. Personally, it’s the reason I bought the book. We get a great introduction from Dan DiDio and follow-up writing from Paul Levitz (who gives a history lesson on the “unofficial” name behind DC), Senator Patrick Leahy (the brave man in The Dark Knight who says to The Joker “we’re not intimidated by thugs”), Dennis O’Neil and others. You want more? Neil Gaiman has a fantastic personal write-up. Not enough? There’s also a few pages of a never-released Batman comic from 2012.

There are 5 pages dedicated to famous Batman covers over different eras in his history. We get covers from the Golden Age. Then, from the Silver Age. THEN, the Bronze Age. THEN, the Dark Age. PLUS, from the Now…..Age?

And all for a relatively cheap price. Basically Batfans, we aren’t getting a “Greatest Hits” album. Instead, it’s like the band has come back together to perform their most important songs, with personal anecdotes in between, matched with a tune they never released. It’s a WONDERFUL way to celebrate our hero’s 80th anniversary.

I got everything I wanted out of this book, and I’m not even halfway through it. Granted, I’ve skipped around to get to the essays and such, but I’m going through from front-to-back. Again, if you’re looking for brand new comic stories, you (mostly) won’t find it here. But if you want a great history lesson on our favorite hero, you won’t be disappointed.

The house that Batman built.

Come at me bro. – Ryan Lower