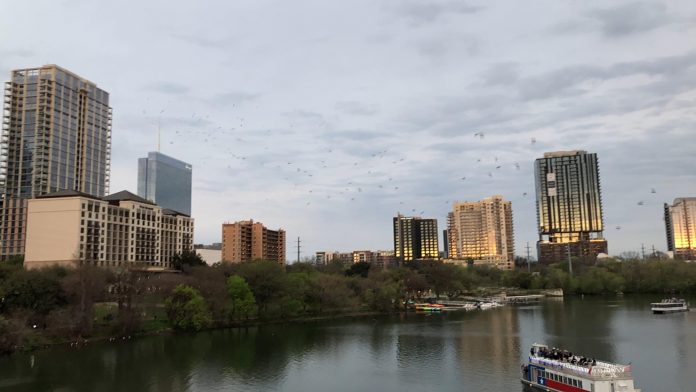 DC Comics once again has a Bat-presence this year at the annual SXSW conference in Austin, TX, and has asked Batman On Film to take part! Before we get into coverage of this grand event, a little local history tying this city to the Bat. 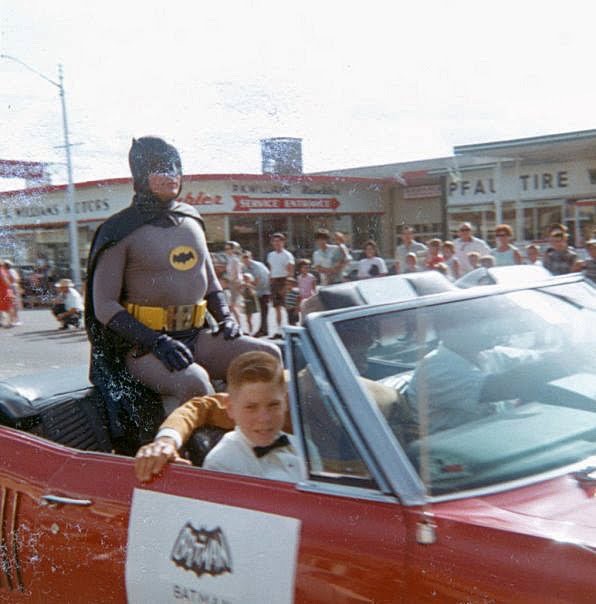 Back in 1966, a humble tv show was getting a jump to be on the big screen which meant Batman would need more than just his faithful Batmobile to tackle the combined might of his Rogue’s Gallery.

Local Austin company Glastron was contracted to equip The Caped Crusader with a Batboat and finished it in record time, taking 31 days.

As legend has it, the premiere was held in Austin as a thank you at the historic Paramount Theater.

Over 30,000 people arrived to welcome stars Adam West, Burt Ward, Caesar Romero, Lee Meriwether, and Burgess Meredith to the premiere. It truly must have been an impressive sight, especially with the actors in costume for the occasion!

With last year having a primary focus on Superman turning 80, the red trunks returning to the costume, and Action Comics #1,000, DC is now turning the spotlight (or Batsignal) onto The Dark Knight.

Outside Native Hostel on the corner of 4th and Brushy, artist Mez Data has created a stunning mural honoring the world’s greatest detective! With a jawline honoring Frank Miller’s interpretation and purple hues adorning the night sky, paying tribute to some of the original colorings of Batman’s costume, it’s quite a sight to behold! 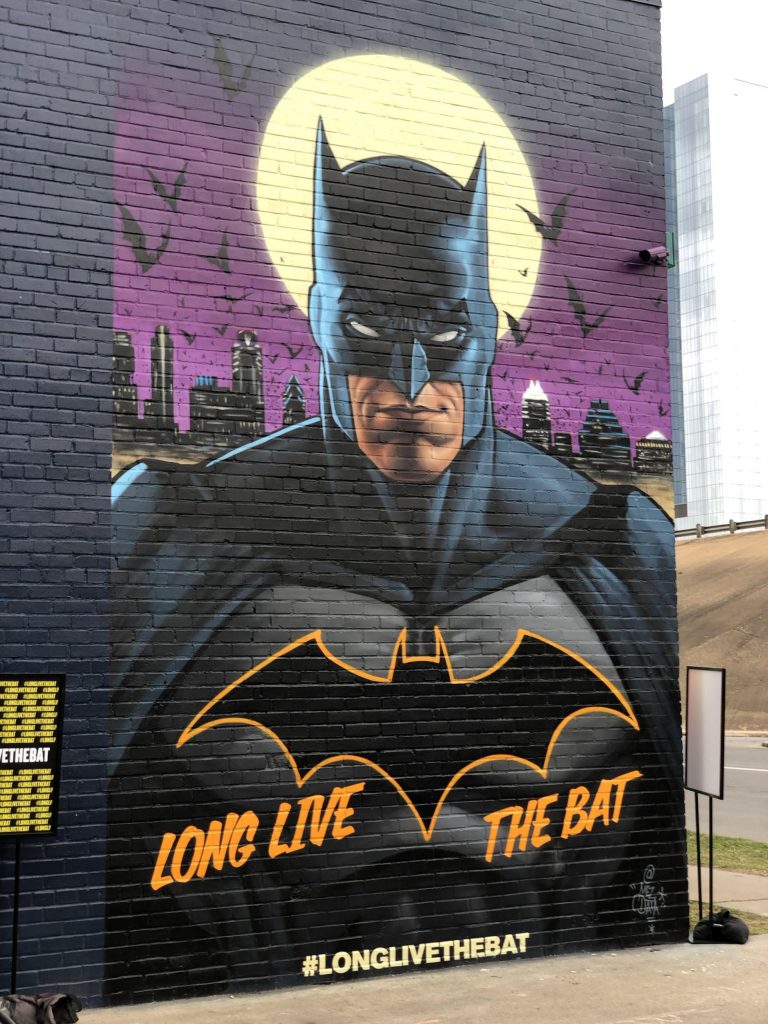 Inside the building, DC held a party with tasty bat-hors d’oeuvres (Alfred must’ve still been working on the Lobster Thermidor), decorations a-plenty, and a Bat-gift bag for attendees! 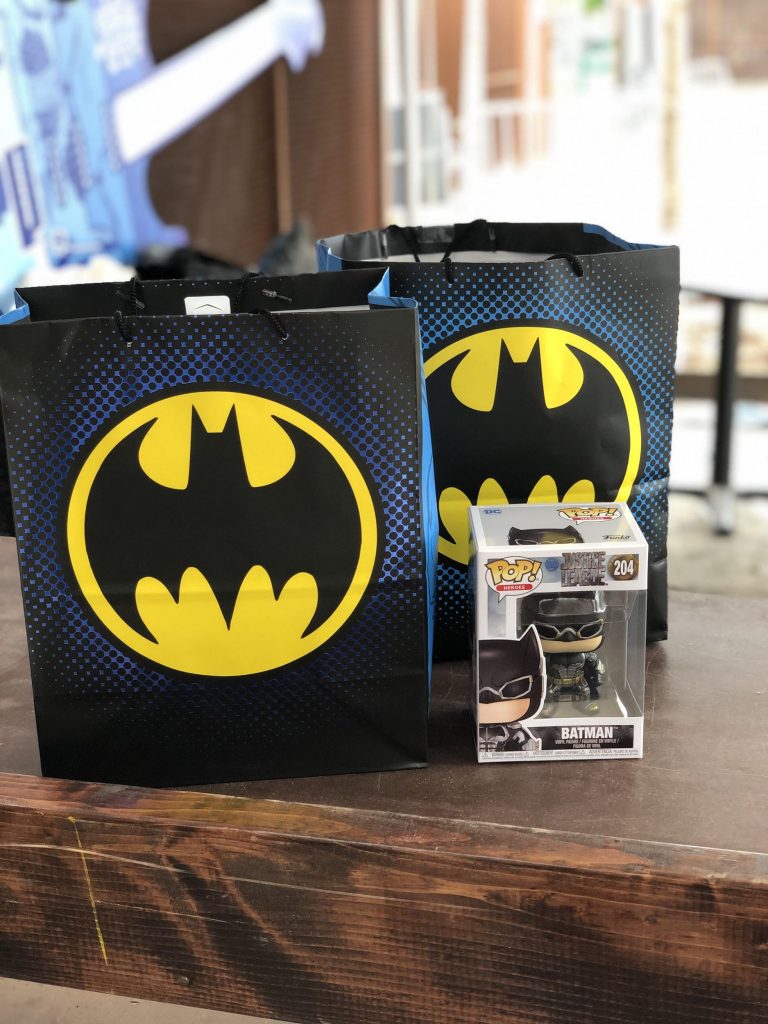 Inside the bag was a Batfleck Justice League Funko Pop and a white Batman 80 shirt which will also be available at Hot Topic. 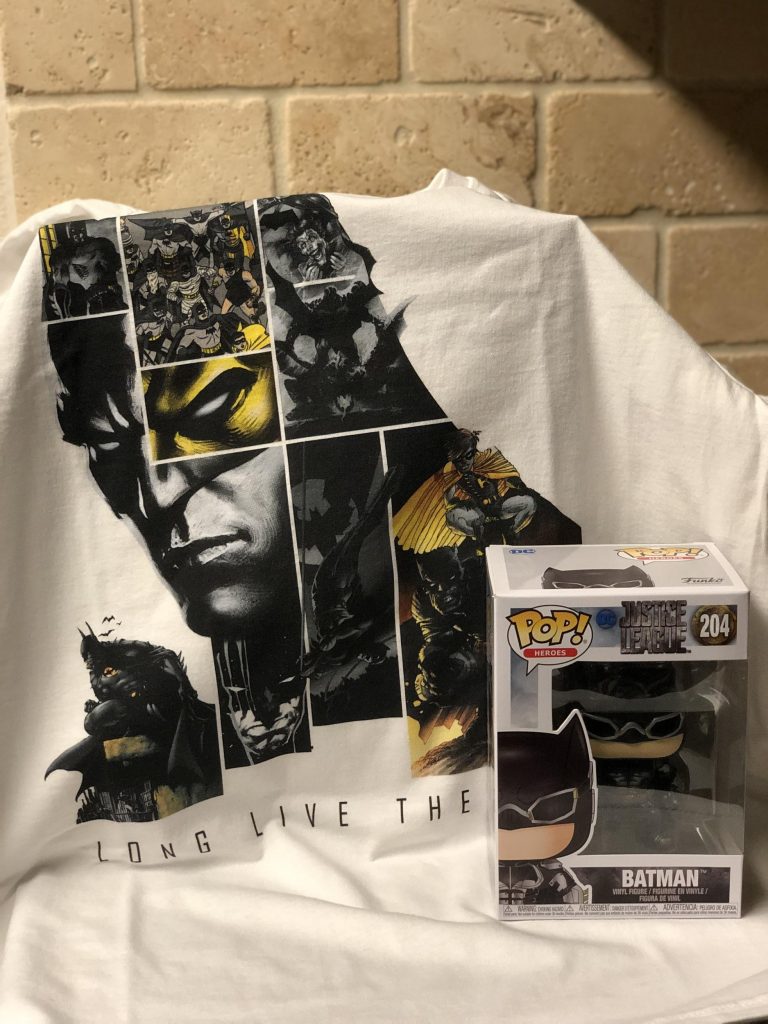 As it got closer to sunset, attendees were shuttled over to the Ann W. Richards Congress Bridge via pedicab. Every driver that made the trek to and fro was adorned with a “Long Live The Bat” hashtag on their back! 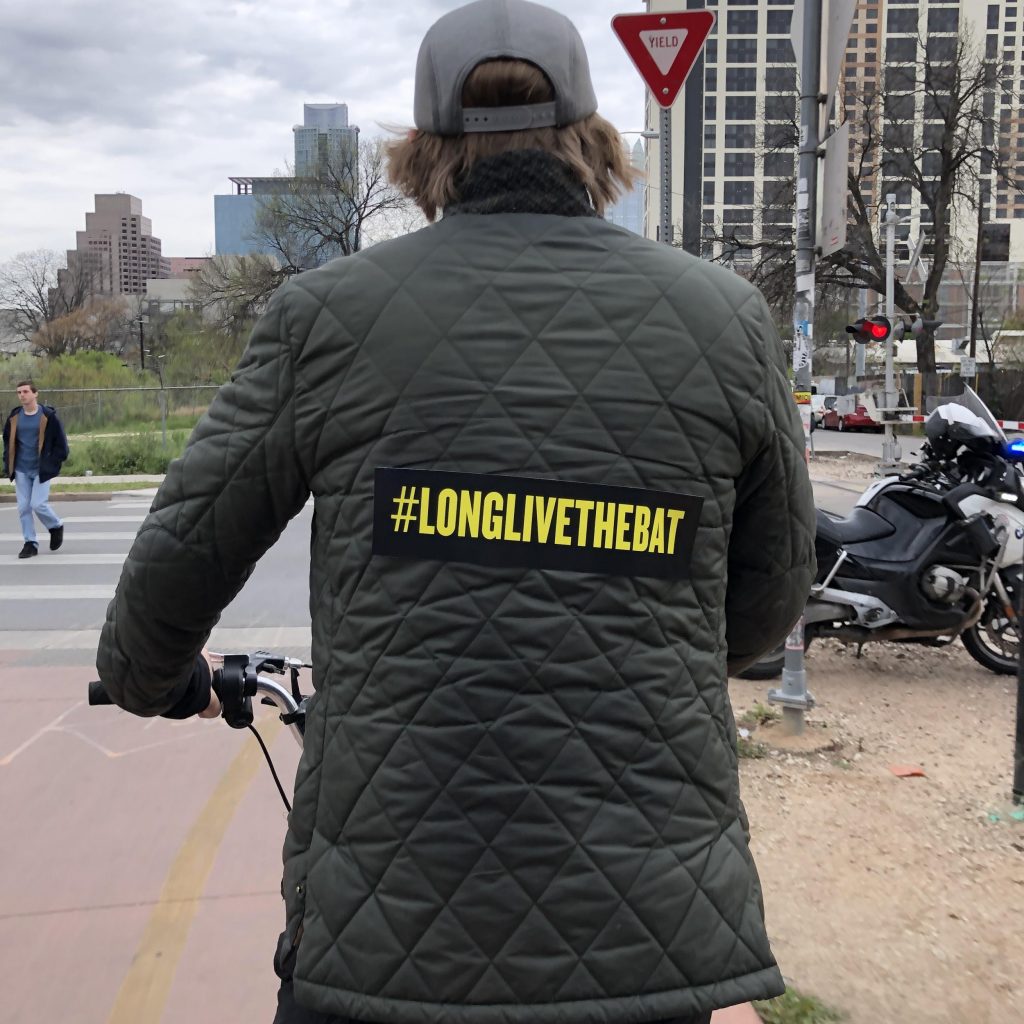 Once there, the crowd was given blue light up glasses to show their Bat-Spirit and signs to wave as we waited for night to fall and the bats to come out and feast! 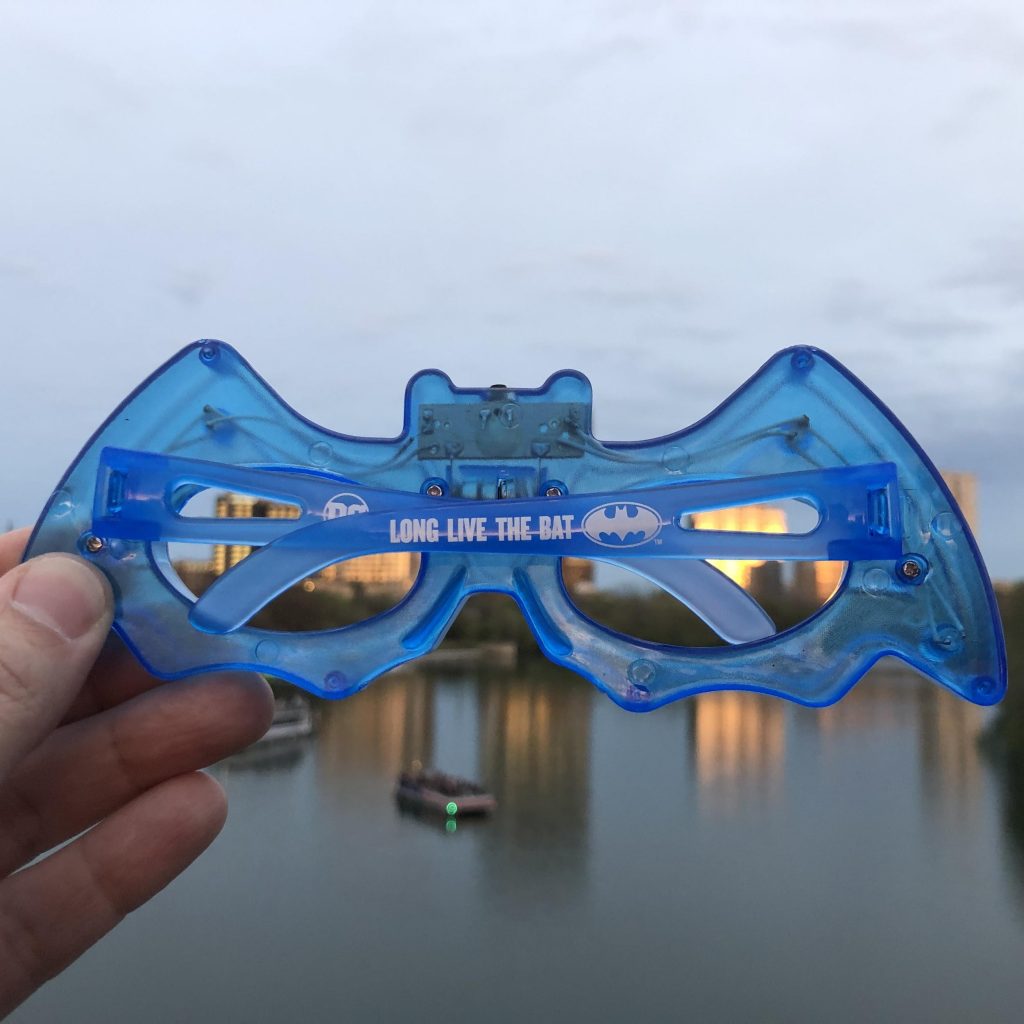 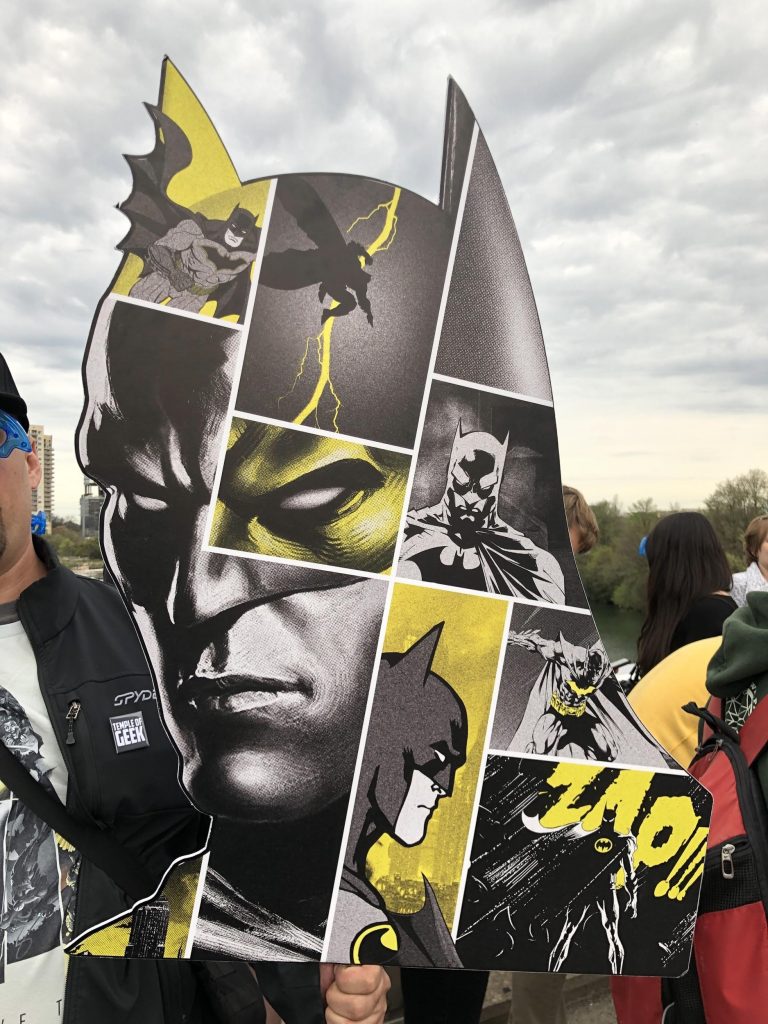 For those not familiar, it’s a daily occurrence in the spring and summer months to have crowds gather on both shores and the bridge above, not to mention boat tours and kayakers, to witness the largest urban bat colony take flight. 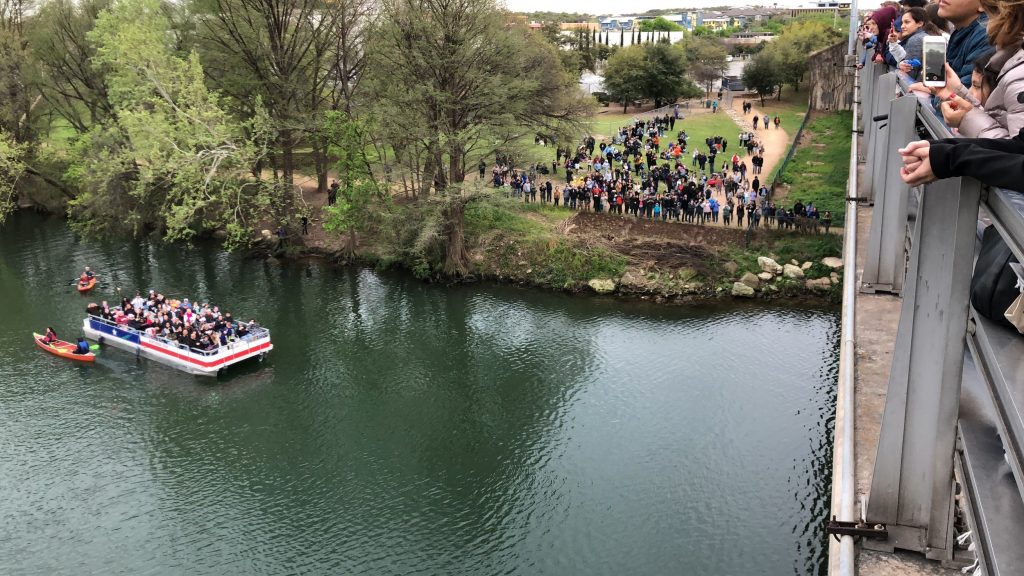 Being the start of the season, and a bit of a cold one, the bats didn’t have the typical presence that they do in the summer after they have had their babies, but they still emerged to find their food for the night. 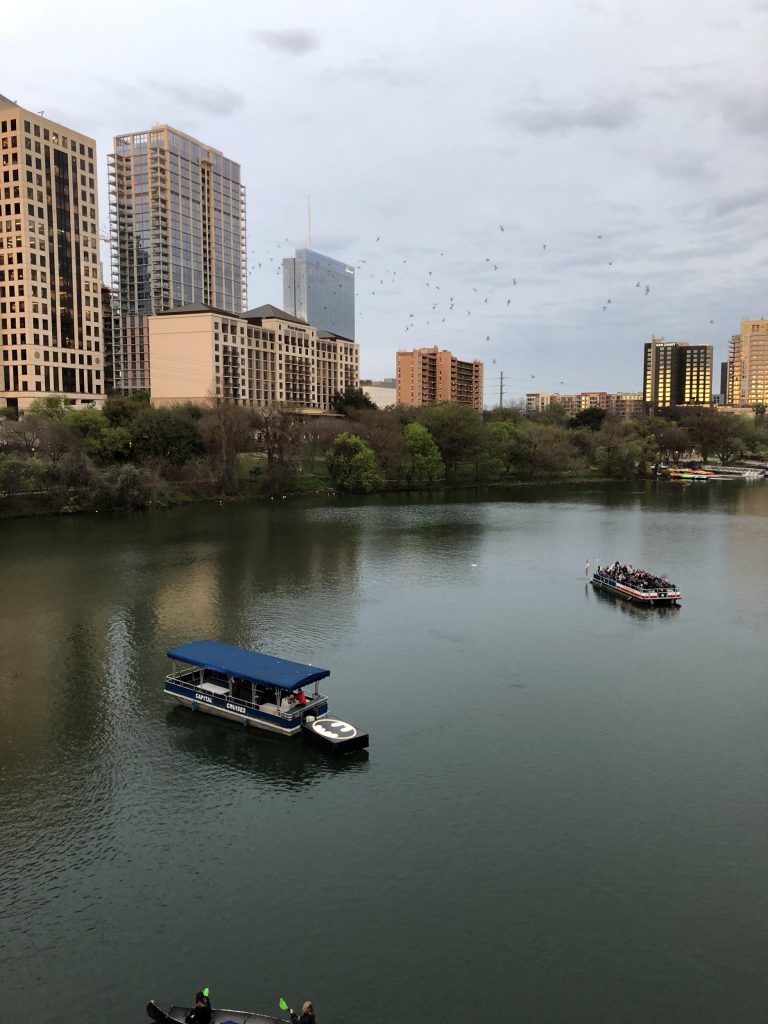 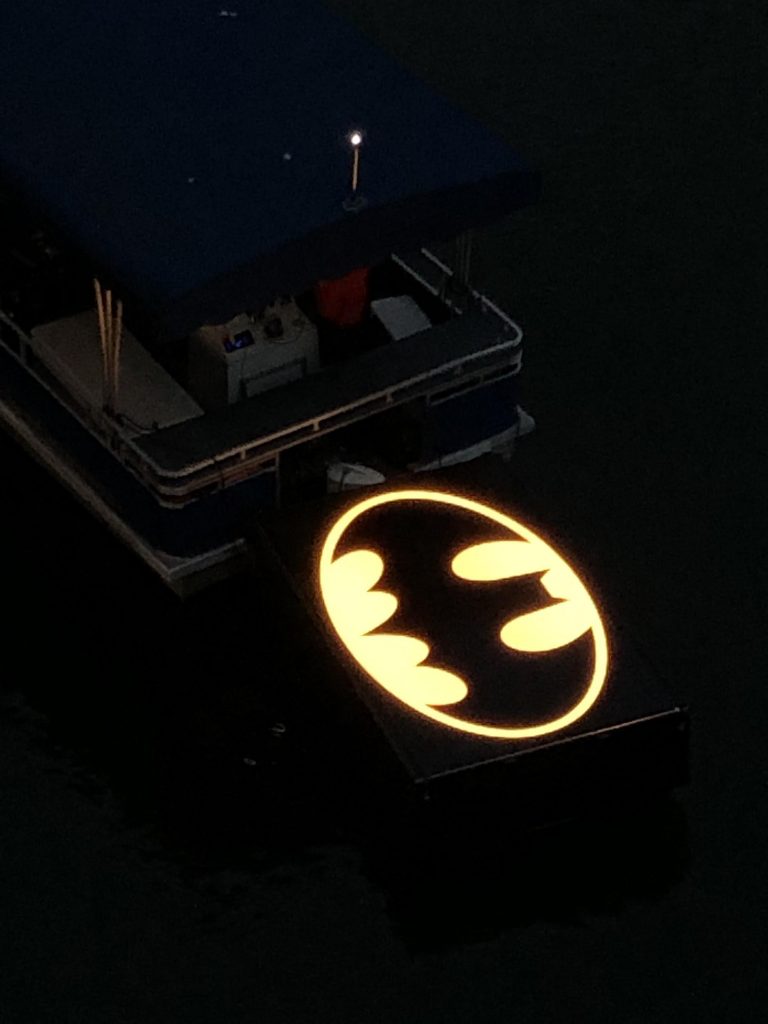 Alas, the big finale, lighting the Batsignal, was not meant to be due to technical difficulties, but many stuck it out to see that legendary icon shine in the cold night sky. Despite that, it was still a fun gathering of fans, with Adam West’s Batman theme being played on a speaker, drivers honking and saying “Long live the Bat!” as they passed, and even a Bat-Family of cosplayers! They will once again try and light the Signal on Saturday night and the mural will be up till April 15th for those who would like to view it in considerably less traffic.

I’d like to thank DC Comics and BOF for letting me take part in such a special celebration honoring one of comics’ greatest heroes!