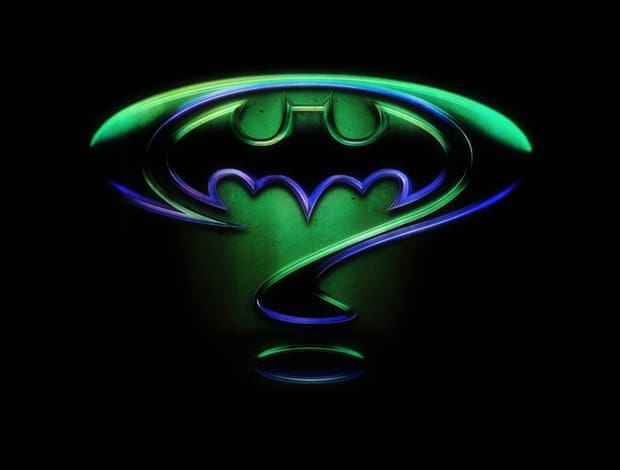 Rumors have resurfaced suggesting that Nightcrawler star Jake Gyllenhaal is set to take over the role of Batman in the near future. Ben Affleck took over as the Caped Crusader after Christian Bale’s lauded turn in the Christopher Nolan trilogy, and many fans never warmed to him. Affleck already has three films as Batman / Bruce Wayne under his utility belt – Batman v Superman: Dawn of Justice, Suicide Squad and most recently Justice League – but studio execs are said to have gone sour on him and are looking for a replacement. Gyllenhaal is in prime position to take over if they pull the trigger on Affleck, or indeed if Affleck walks, and that has sent fans and rumor mills into overdrive.

One of Batman’s greatest adversaries is Harvey “Two-Face” Dent, who always flips a coin before making a potentially appalling decision. That is a fitting motif for someone like Gyllenhaal if he is thinking about taking on the role. On one side, it is a dream role, a complex, brooding character with hundreds of millions of ready-made fans across the world. But the role has been a poisoned chalice in the past – Val Kilmer never recovered – and leaves the actor in the firing line of millions of sniping fans.

In many ways it is like James Bond: fans have their favorite Batman and can be vociferous in denouncing anyone else trying to do something different with the role.

Many fans cannot look past Bale’s performances in Batman Begins, The Dark Knight and The Dark Knight Rises, others have a nostalgic fondness for Adam West and many believe nobody can ever come close to matching Michael Keaton’s portrayal of Batman. Affleck has had to face intense scrutiny since taking the role, and he has been subject to horrendous vitriol on social media and forums.

Criticism quietened after fans saw his representation of the character in Batman v Superman, as he did a good job of portraying the world-weary, brooding nature of middle-aged Bruce Wayne. But many still loathe him, and are extremely vocal about it. “Before I took the role, Warner Bros gave me a bunch of past reactions to casting and said, ‘Are you sure you want to get into this?’” said Affleck. “This is part and parcel of these movies now. There’s a lot of active fans with a lot of opinions. Everyone’s entitled to their opinion. I wouldn’t have taken the part if I didn’t trust my instincts in terms of the filmmaking. There are the Greek myths and these are the American myths. The American myths are these superheroes. People care about them a lot. And it’s incumbent on you to do a good job and make it as excellent as you possibly can. At the end of the day, the movie’s all that matters.”

Affleck talks a good game, but he has already appeared in three films and might be tempted to call it a day. That would mean bowing out before starring in a film where Batman is the main character, but he may want to move on with his career. He has a contract, but that could be scrapped. Planet of the Apes director Matt Reeves is scheduled to start filming The Batman next year, and he is rumored to not be wildly interested in Affleck taking the lead role. The movie is intended as the first in a trilogy that will run into the 2020s, and Affleck, now 45, may not want to commit for that long.

That opens the door for Gyllenhaal, widely seen as the frontrunner should Affleck leave or be ousted. He has the star quality and has headed up blockbusters in the past, while also earning plenty of awards and flexing his acting chops in movies like Nightcrawler, Brokeback Mountain and End of Watch. In Southpaw he demonstrated the raw physical presence to fill the role of Batman, and he is also eight years Affleck’s junior so he could be more likely to commit to a trilogy. Check Bovada for the odds on who might be next Batman and Gyllenhaal will be the main man.

However, Oscar favorite Gary Oldman, who played Commissioner Gordon alongside Bale in Nolan’s trilogy, threw a curveball when asked about who should succeed Affleck. “I would like to see someone like Joaquin Phoenix play it,” he said. “This is no disrespect to Ben Affleck. I think it really depends on who is at the wheel that lifts it.” That is an interesting choice, while anyone from Karl Urban to Jon Hamm could be in the mix, and the rumor mill is set to continue whirring in the weeks ahead.

The Potential of SHAZAM! for DC on Film Moving Forward by...

Margot Robbie Says The Harley Quinn Spinoff Is Going To Be...