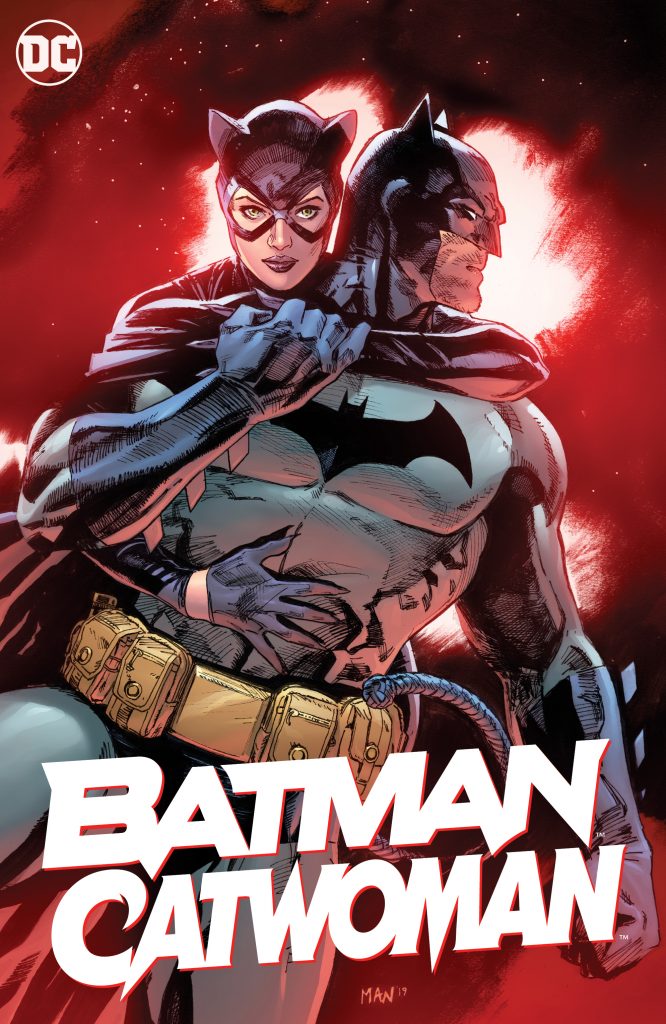 Writer Tom King is leaving BATMAN after the “City of Bane” storyline concludes later this year and will conclude his story in BATMAN/CATWOMAN — a 12-issue series which commences in January of 2020.  Clay Mann will serve as the new series’ artist.

DC announced that BATMAN will shift to a monthly schedule after King’s departure as BATMAN/CATWOMAN taking the place of the second issue of BATMAN. DC also said that Joelle Jones’ CATWOMAN will continue alongside BATMAN/CATWOMAN.

“We’re making changes to our comic book publishing line to set DC up for continued success,” said Editor-in-Chief Bob Harras in a statement. “We’re starting with the bestselling Batman comic after ‘City of Bane’ wraps up in December. ‘City of Bane’ is an incredible story and an integral part of our overall ‘Year of the Villain’ campaign, and a new Tom King and Clay Mann Bat/Cat series in 2020 fills the gap once Batman begins to ship monthly.”

“BATMAN/CATWOMAN is a chance to do what Morrison and Quietly did in BATMAN AND ROBIN: launch an ambitious, accessible, beautiful, thrilling new series that concludes years of stories and defines what Batman is, can, and will be,” said Tom King. “This will be a comic about what the best Batman comics are always been about, how our greatest hero turns fear into bravery, pain into hope, trauma into love. It’s the story I always wanted to tell, and I’m telling it with the man I consider to be the greatest artist in comics, my brother Clay Mann.”